The Land of Epirus: Nature, Gastronomy and Culture

In the Northwest of Greece, bordering the jewel-toned waters of the Ionian sea, is a land of lakes and mountains, gorges and beaches – plus culture, cuisine, wines, and ancient sites. Welcome to Epirus, one of the best kept travel secrets of Greece. Epirus is a beloved destination for Greek travelers in all seasons. Fall brings crisp temperatures and beautiful foliage, and is the perfect weather for hiking. The snowy peaks of winter make for views with fairy-tale charm. Spring is a riot of wildflowers and fragrance – more perfect weather for hiking and exploring. And in summer, discover the unparalleled beauty of the beaches of the Ionian sea – legendary even in beautiful Greece. 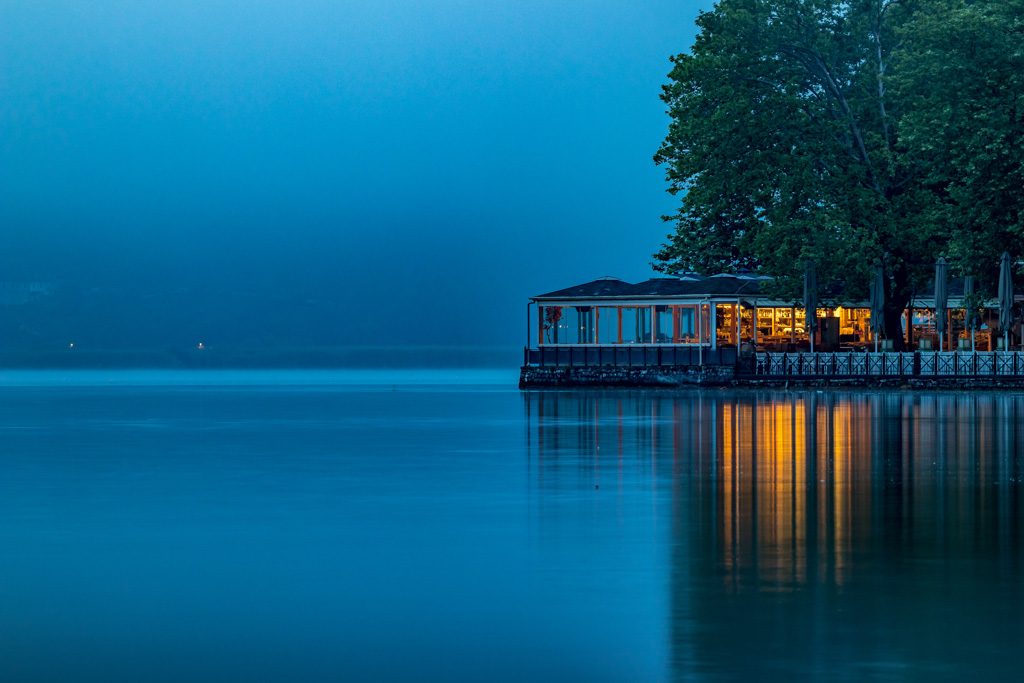 The main city of Epirus is famous for its enchanting location, on the shores of a large glassy lake Pamvotis. Ioannina has a rich historic atmosphere, with many enchanting mansions of centuries past, as well as one of the largest and best preserved of Greece’s Byzantine castles. Here it’s actually better known by its Ottoman name – Its Kale. That’s one of the things that makes Ioannina so fascinating – the many layers of culture and history. There are also Ottoman mosques and one of the largest and oldest synagogues of Greece. 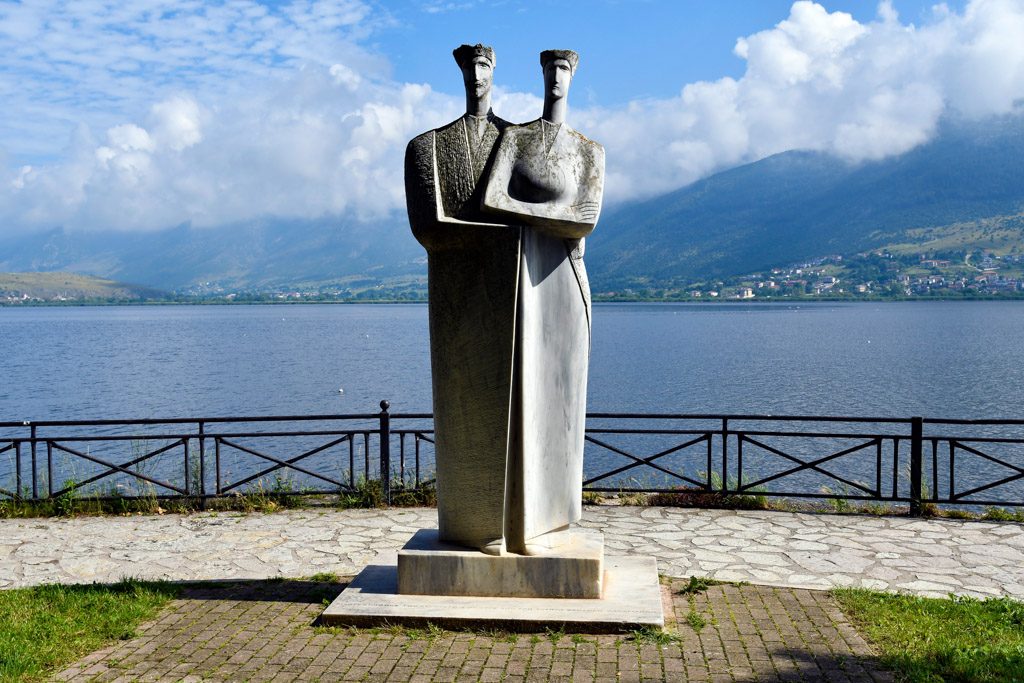 The lake has an island that is also charming to visit. There are several beautiful historic monasteries on the island, as well as museums. And there are also local delicacies, including fresh lake fish and frogs’ legs. 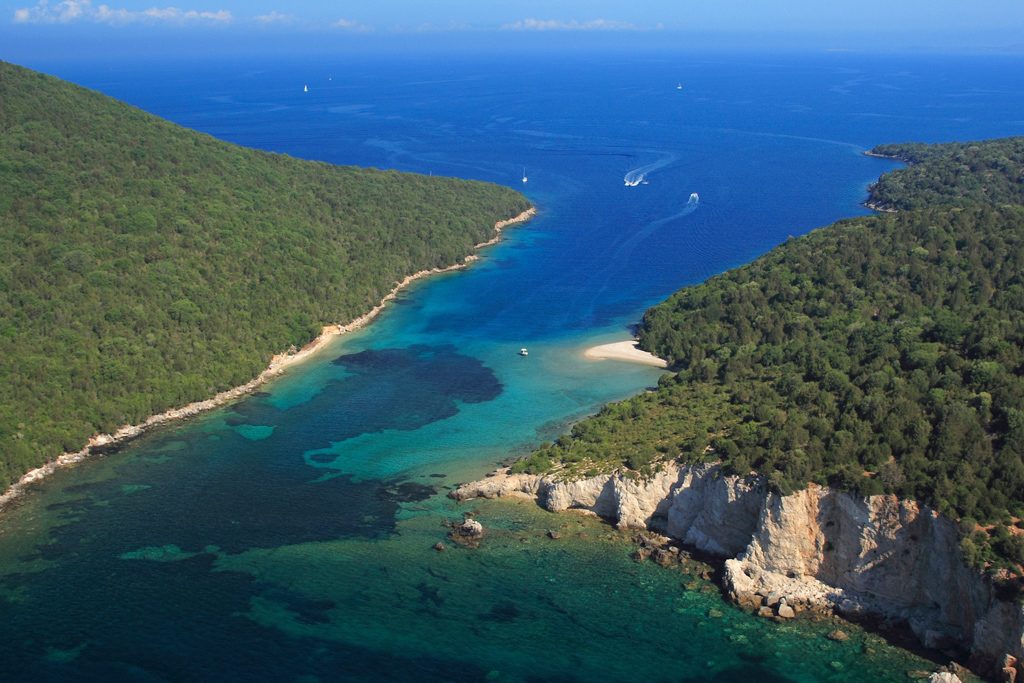 While Epirus is primarily famous for its inland, the beaches of Epirus are, quite happily, an under-the-radar secret. To those in the know however, these are some of Greece’s finest beaches. Silken sands and water often likened to the Caribbean are only part of the charm. There are small green islets dotting the coast, and countless secret coves. A private boat trip can be arranged to explore them at leisure.

One of the most famous oracles of ancient Greece was here at the sanctuary of Dodona – a sacred destination related to the secret cult of Zeus. An ancient oak tree – the sacred tree of Zeus – was the site of the oracle. Priests would interpret the rustling of its leaves and the flight patterns of the birds around it to divine the god’s messages.

Although inhabited from the Bronze age, this ancient sacred site – remote from the rest of Greece and not near trade routes – did not see as much building as other sites like Delphi, Delos, and Olympia. Building began in earnest in the 4th century BC. A small temple to Zeus was built, joined by three Ionic stoas and the enclosure of the acropolis. In the 3rd century, the site flourished and there was a flurry of building activity: the Bouleuterion, the stadium hosting the games in honor of Zeus, and the marvelous theater. The theater is one of the highlights of this ancient site. It’s one of the best preserved of the theaters of ancient Greece and it is a wonder – seating up to 18,000 spectators. It hosts some performances in the summer months – truly a magical experience.

The Acheron River and the Oracle of the Dead

There is more of the mystery of ancient Greece to experience in Epirus, and another Oracle – the Necromanteion. 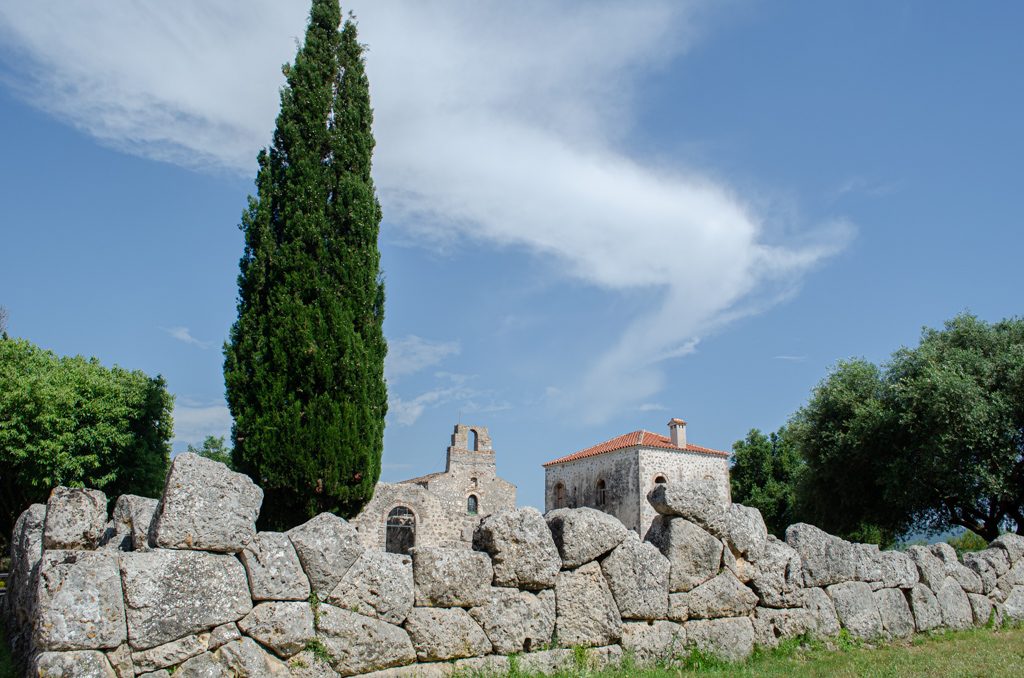 The Archeron was the “river of woe” – one of five rivers of the ancient Greek underworld. It was thought to flow through the Kingdom of Hades. On its banks, at a spot thought to lead to Hades, an oracle was built. Here, people came to communicate with their deceased ancestors and ask questions of the dead. Homer mentions it book 11 of the Odyssey – it is here that Odysseus came to consult the spirits through the priest Teiresias about his journey back to Ithaca. 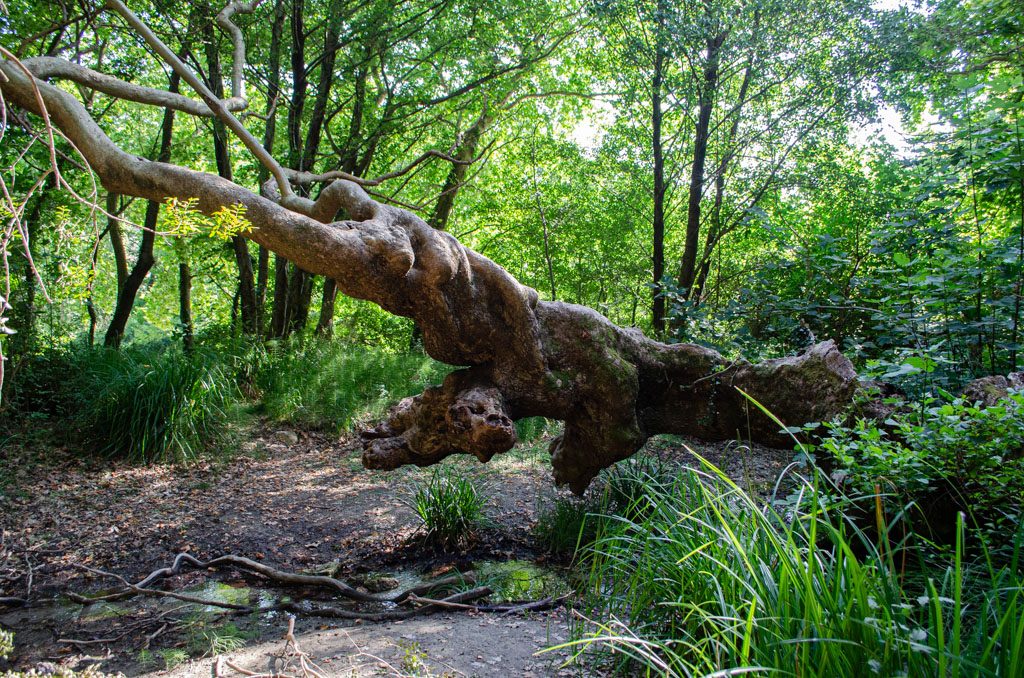 The name may sound forbidding, but the site of the Necromanteion – the oracle of the dead – is absolutely glorious. Here flows the river Acheron, in parts through a beautiful gorge. Today, one can wade through the pale turquoise river for a refreshing and novel hike through sacred lands.

Hiking in the Vikos Gorge

For a more challenging hike, Epirus boasts a famous and beautiful gorge. The Vikos Gorge, on the southern slopes of Mt. Tymphi in the Pindus mountains range, leads for about 20 kilometers through some of the most inspiring mountainous scenery in Greece. The gorge is dramatic, holding the Guinness book of World Records listing for the deepest gorge relative to its width. Indeed, the gorge ranges from 400 meters wide to just a few meters, and its depth ranges from about 120 meters to very nearly a stunning 1000 meters. 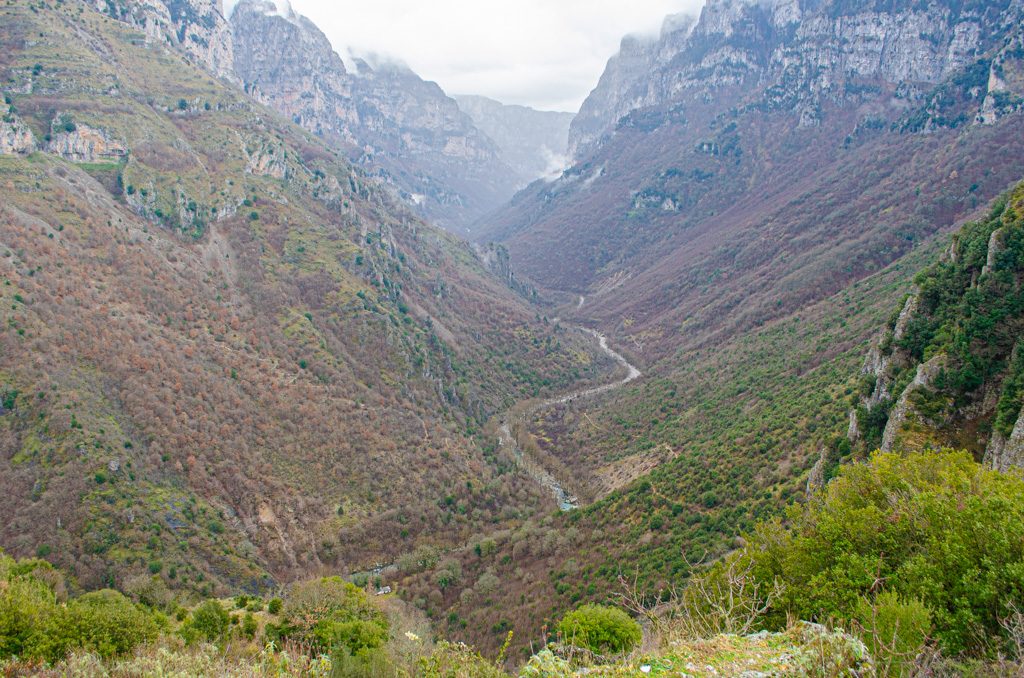 The main part of the gorge leads from the villages of Monodendri and Koukouli and ends in the village of Vikos itself. The path leads through a rare and unspoiled natural environment, home to great biodiversity including many rare and endangered species in various ecosystems.

What is the reward for such a hike? Other than the spectacular scenery itself, there are the beautiful villages of Epirus – rustic, authentic, and elegant, they are a wonderful place to sample the hearty yet refined local cuisine, full of regional delights. 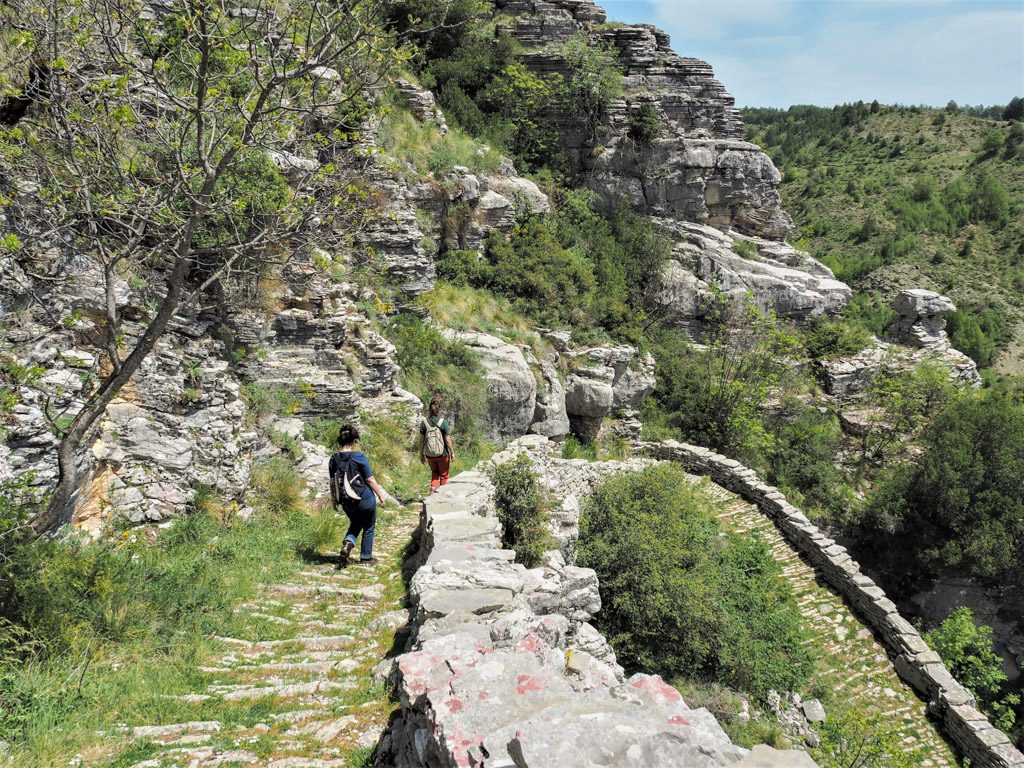 Over 800 square kilometers of glorious mountain scenery, the Tzoumerka National Park  encompasses the Peristeri and Arachthos gorges, plus rivers, waterfalls, forests, and even a cave. This is one of Greece’s richest regions combining pristine nature and traditional culture. Amid the wonders of nature are some of Greece’s finest stone villages. Some of them – such as Kallarytes and Syrrako – are famous throughout Greece, and even home to famous Greek statesmen (and craftsmen – the house of Bulgari was founded by a family from Kallarytes). The silvery stone villages are protected under laws of historic preservation. There are also magnificent monasteries in the region, such as the dramatic Kipina Monastery – built into the face of a cliff like it is suspended in the heavens. There is also the beautiful Viliza monastery – decorated richly in frescoes of the 11th century. It is reached by a gorgeous mountainside hike of a couple of kilometers, and visitors are often greeted with some tsipouro and sweet loukoumia – a tradition.

Villages of Zagori – the “Zagorohoria” 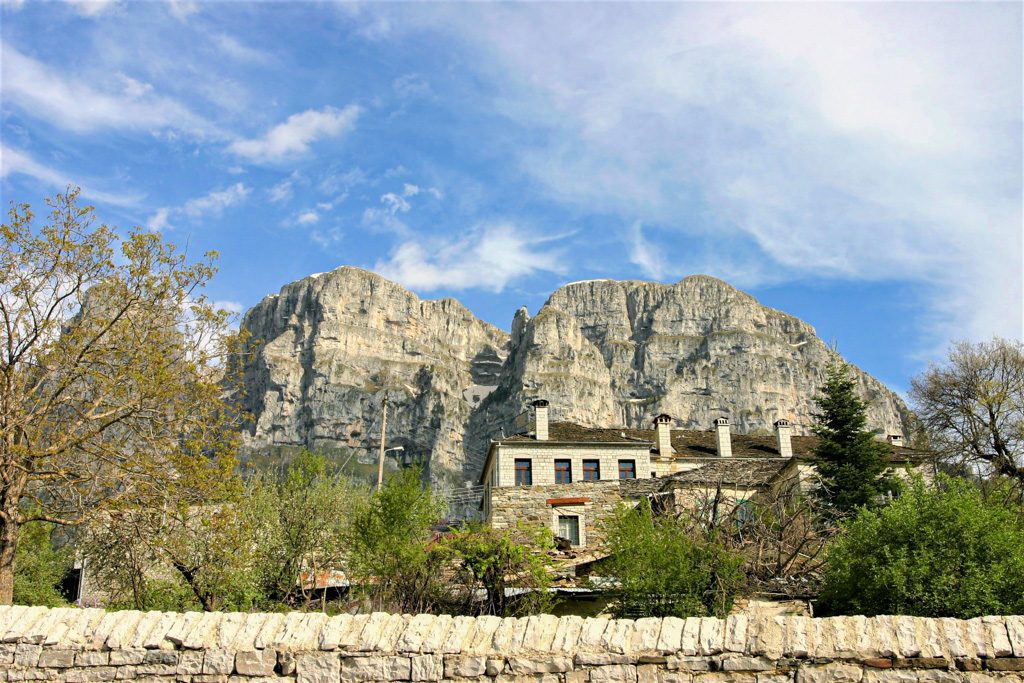 The region roughly bordered by Ioannina, the Varda river near Metsovo, and the Aoos river is famous all over Greece for the beauty of its villages as well as its landscape. These 46 protected stone villages of Zagori are known as the “Zagorohoria.” Surrounded by glorious peaks and crowned by Mt. Tymphe, this is some prime hiking territory. The landscape is dotted with traditional stone bridges that are the region’s pride, made by master builders in the 19th century. These great arched bridges – of one great high arch or sometimes three – are now an essential feature of the landscape.

A Culinary Escape – the Wines and Cheeses of Metsovo, the Truffles and Mushrooms of Grevena

This part of Greece is the epicures’ and oenophiles’ dream. All that pristine nature yields the very best in produce. 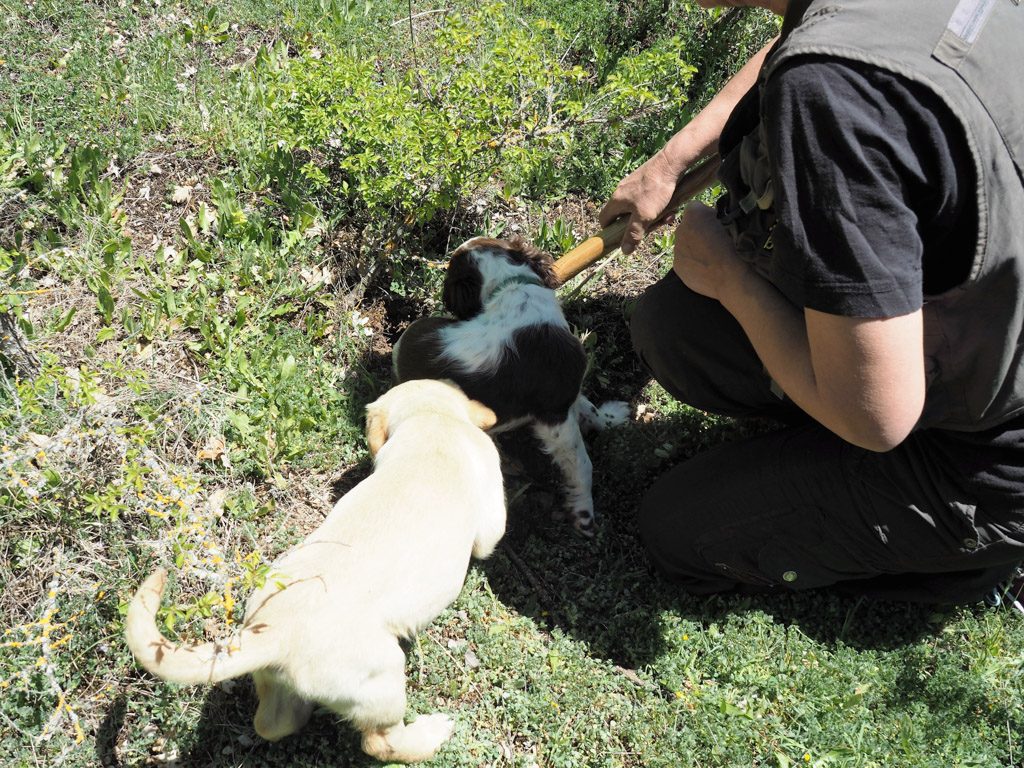 For an active and delicious holiday, one can go truffle hunting in the rich soil of Grevena. Another hearty seasonal pleasure are the wild mushrooms, growing in an abundant selection.

Sheep and goats love the mountainous landscape. Dining on wild mountain herbs, their milk is delicious, and the cheeses of the region are glorious. Metsovo, an elegant mountain town with splendid woodworking and traditional buildings, boasts a cheese famous all over Greece – the smoked “Metsovone.” This is only one of a variety of local cheeses, including some steeped in wine or filled with peppercorns or wild herbs. 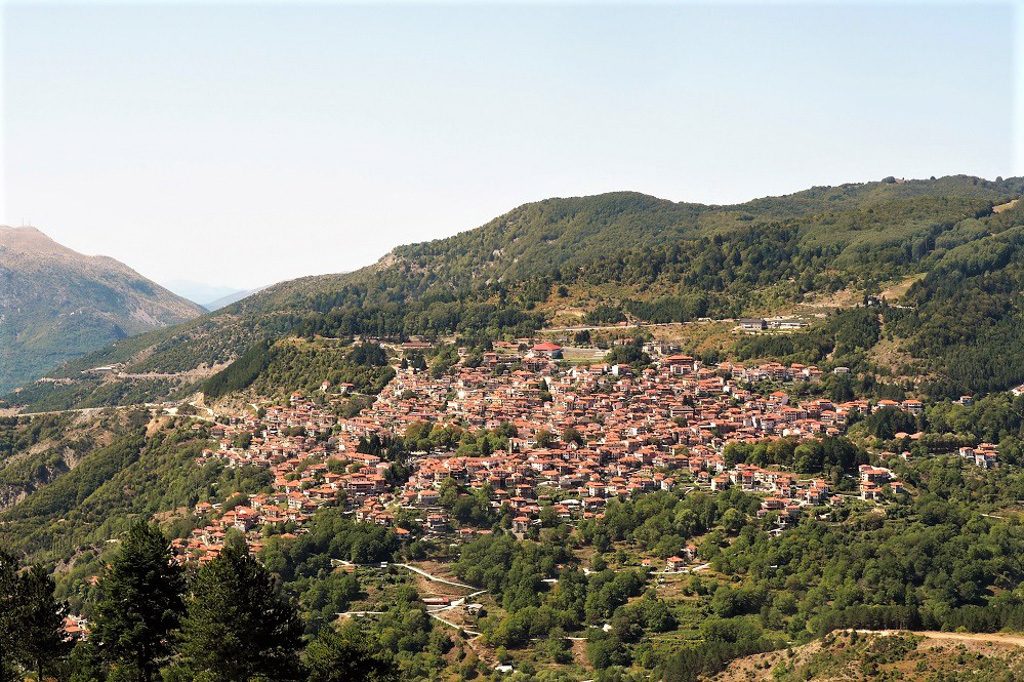 Happily there is excellent wine to accompany them. Metsovo is home to respected wineries in the highest altitude wine growing region of Greece. Cabernet made its debut here on Greek soil, to great success. The local grape variety Vlachiko is also rich and wonderful. 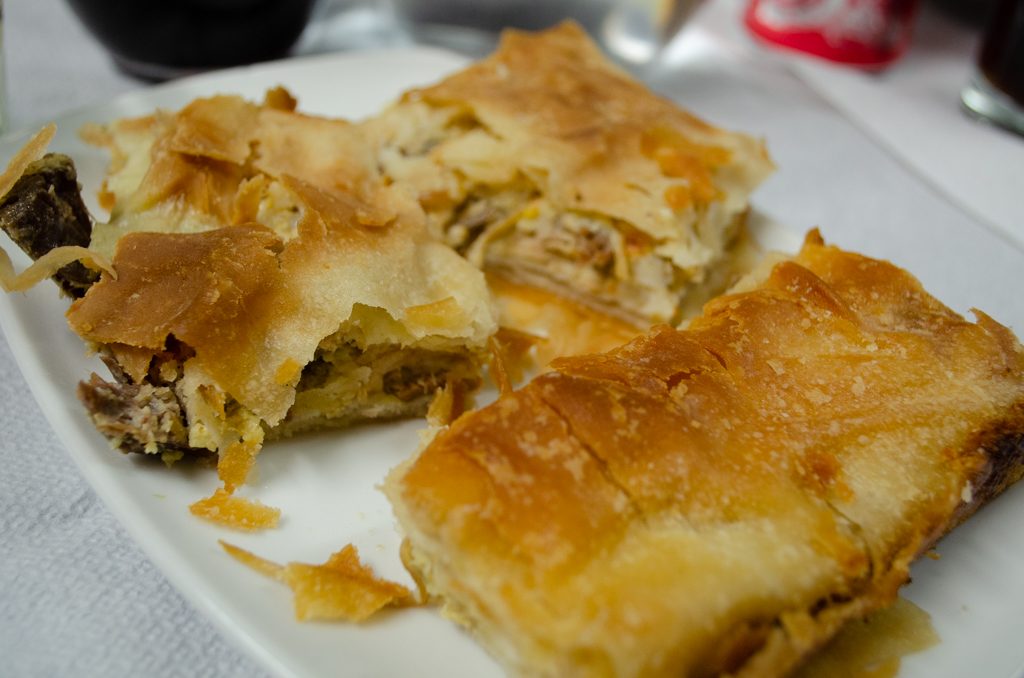 But the region also is expert in the simpler pleasures. Epirus is famous all over Greece for the excellence of its traditional pies, both savory and sweet, in a great variety. And the meats of Epirus are simply spectacular – flavorful, tender, and sustainably raised. These are often accompanied by rustic hand-rolled pasta, the best meal after a day of hiking. 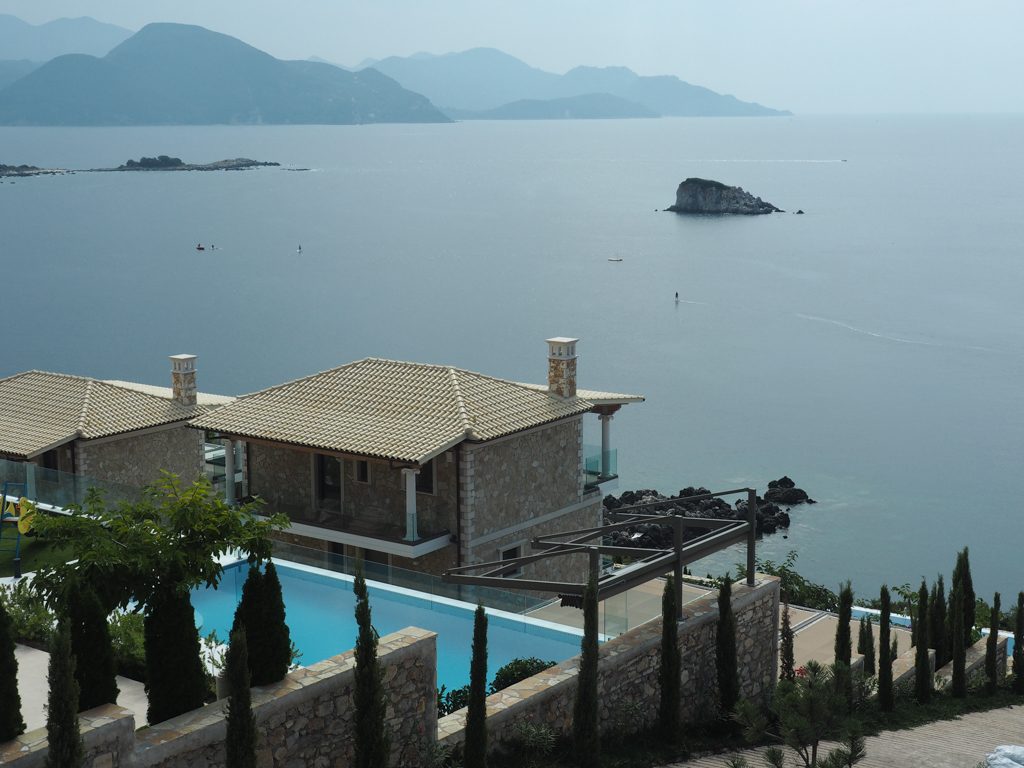 The people of Epirus are proud of their rich cultural heritage. There are many stylish and sophisticated boutique accommodations that showcase the beauty and superb craftsmanship of their traditional architecture. One can enjoy a luxurious hammam experience, spas, and deluxe accommodation in spaces full of historic character. 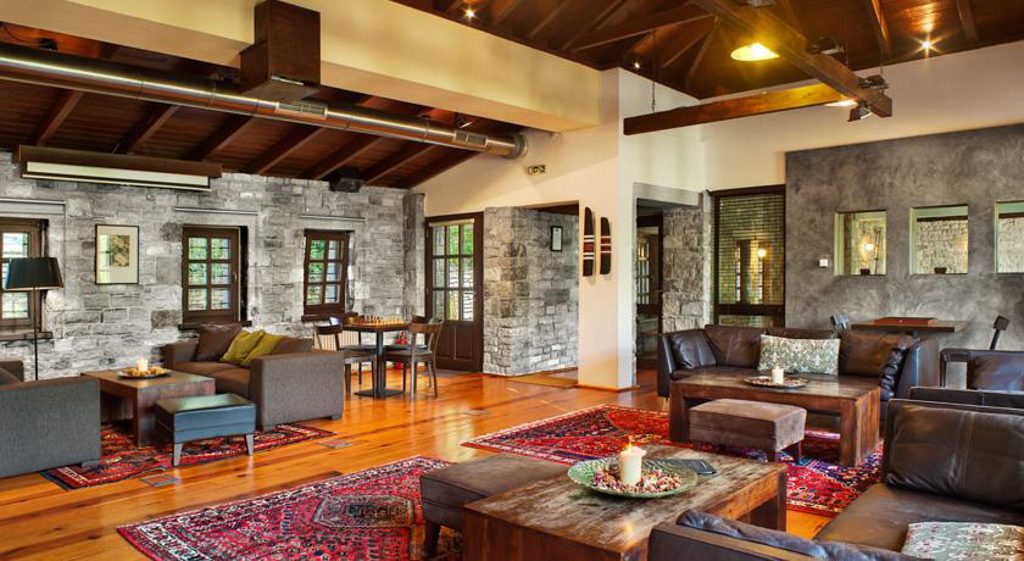 And that sums up the Epirus experience – total serenity and authentic luxury, with no pretension. Here one dines on the finest in Greek cuisine – wines, cheese, meats, produce – hikes the loveliest paths, appreciates the finest architecture, and – most of all – meets with the authentic character and hospitality of the locals. 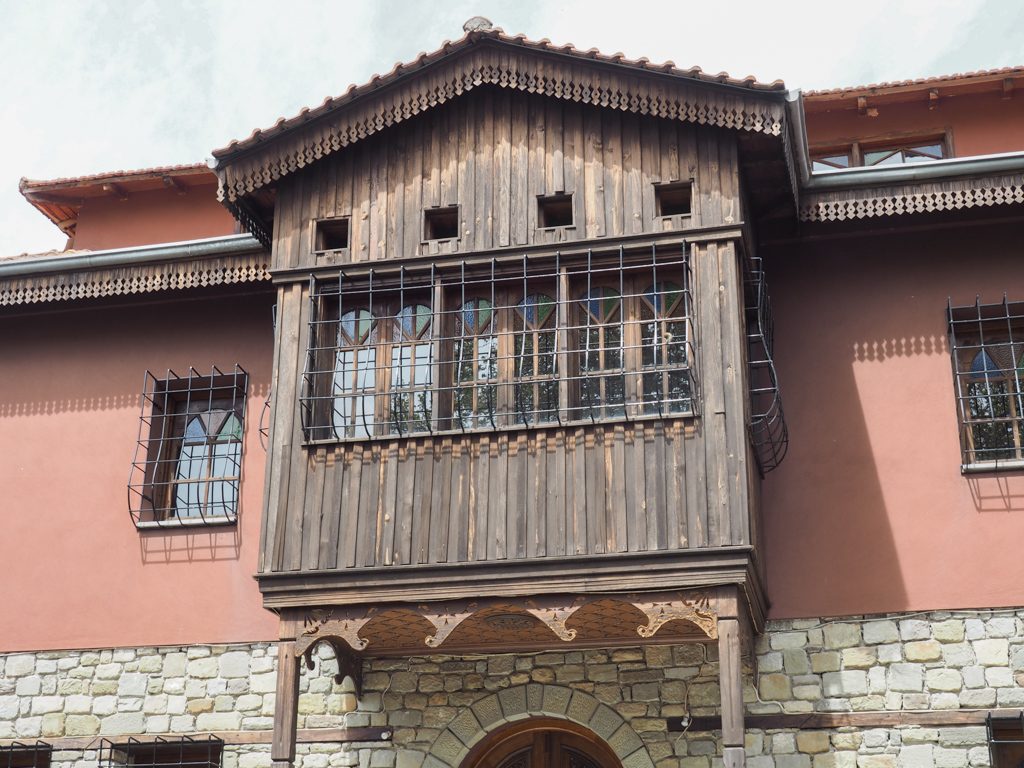 Have you ever been to Epirus?