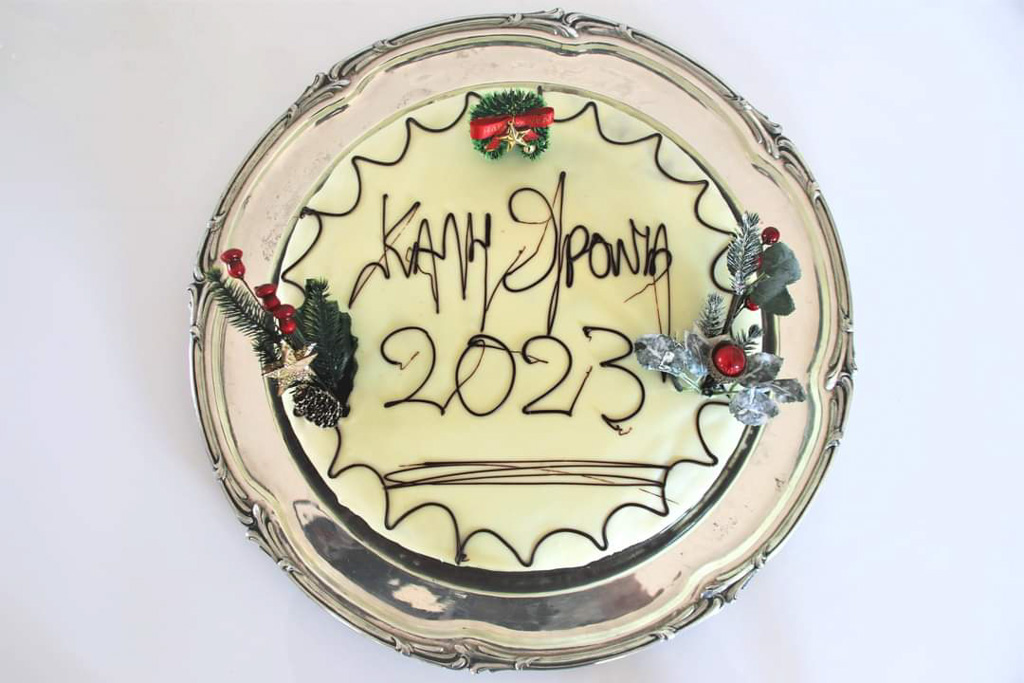 As many friends of Greece know, the holiday season in Greece has many of the same elements of the holiday season elsewhere, just not necessarily in the same order. While many countries have Santa Claus visiting homes on Christmas Eve, in Greece there is Agios Vasilis – Saint Basil. Bearing gifts and good cheer, this red-suited gentleman arrives the eve of his name day – January first. Therefore, New Year’s Eve in Greece unites the Greek Santa Claus with traditional New Years’ parties and of course family dinners. And, this being Greece, there is of course also a special dish – the Vasilopita – St. Basil’s cake.

The Story of St. Basil

St. Basil the Great was born in the year 330 in Caesarea in Cappadocia (Asia Minor), one of the ten children of St. Basil the Elder and St. Emmelia (five of whom were ultimately declared saints). He established a monastery in the Pontus (by the Black Sea) and eventually returned to Caesarea, where he became Bishop. Renowned for his charity and for his fearlessness in the face of evil, he was called Basil the Great.

Among the many moral trials he faced was a great tyrant. Threatening the city of Caesarea with looting if he were not appeased, this tyrant demanded all of the jewelry of the citizens. Of course, Saint Basil refused. But so beloved was he by the people of Caesarea, they gathered all of their gold and presented it to him in a chest to offer the tyrant so that he would not be harmed.

What happened next? There are different versions. Some say that when faced with the fearlessness and moral strength of Saint Basil, the tyrant withdrew. In another version, when he opens the chest, the tyrant finds not gold but an army of angels.

But in either version, there was a whole lot of gold left over, and Saint Basil needed to find a way to reunite it with the families who had offered it.

The Breads of St. Basil

He prayed to God for advice on how to redistribute the gold. And this is what he did- he called on his helpers and deacons, and they set about baking breads- in each bread was some of the gold. These he distributed throughout the community. Each family found gold in their bread, and some say that miraculously, each family was reunited with the very items that they had pledged to keep their city safe.

This beautiful story merges very well with the traditions of the New Years’ Celebrations, which for all around the world center around a wish for good fortune. Today, St Basil is honored with a Vasilopita – a sweet cake. Two varieties are the most common. One is a sweet yeast-risen bread similar to a tsoureki, but round. Another is a plain and sweet cake scented with orange. 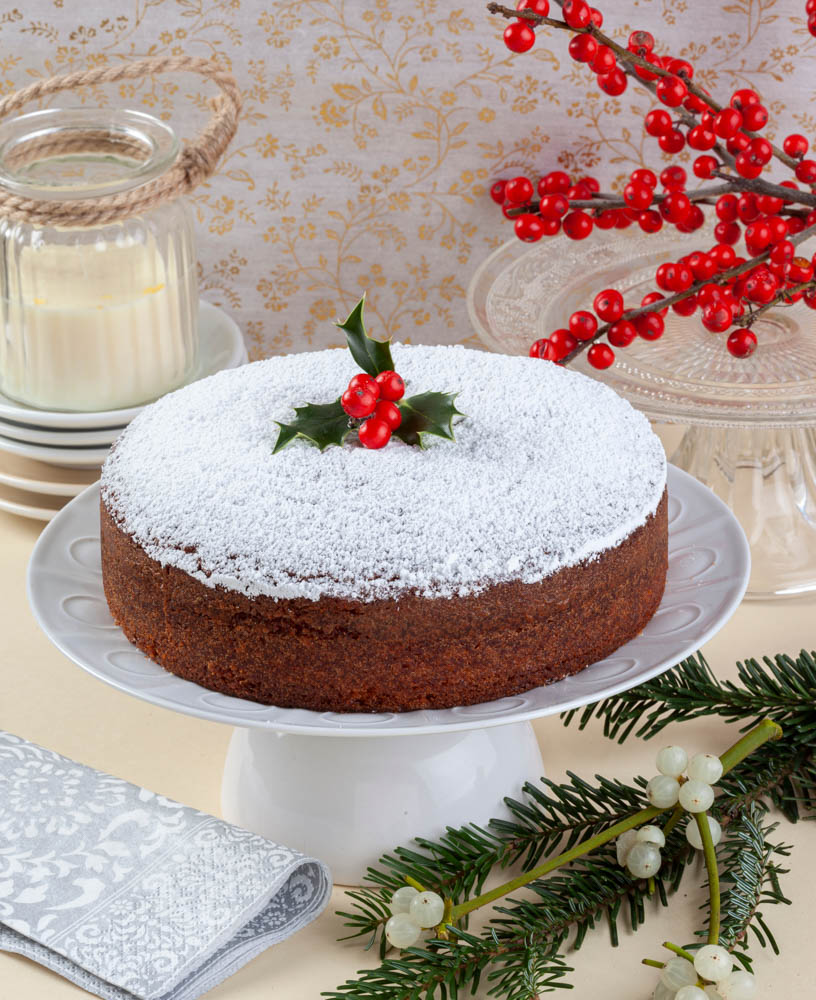 Each of these will have a coin hidden somewhere in it.

Before distributing the slices, they are marked and assigned. The first slice is for the baby Jesus, the next for St. Basil. Another is for those in need. The others are assigned to the members of the household, and sometimes family who are far away. Whoever finds the coin has the blessings of good fortune for the year ahead.

Other New Years’ Customs in Greece

The theme of good luck is not only expressed with the Vasilopita. There is also the “Gouri”- a good luck charm. These are thematic, made each year by jewelers, incorporating the year and a symbol of good fortune, and they are a popular gift. 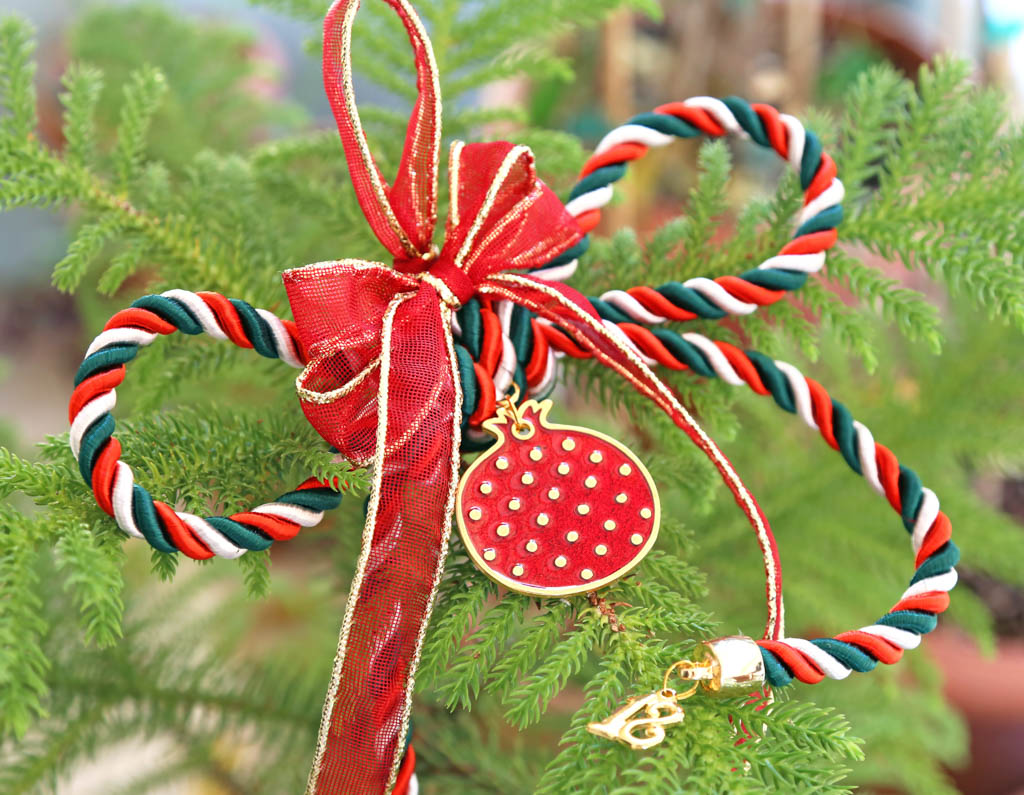 Sometimes that symbol is a pomegranate- its many seeds are seen as abundant good luck. They can be made of gold or silver and attached to a charm, or also real. Some families have a child smash one in the hallway (put it in a bag though- nothing stains like pomegranate juice!), bursting them open to release all the good luck into the home.

People can be a good luck charm too- the first person to enter the home in the new year must enter with the right foot first, bringing in the luck of the year with them.

Wherever you may be, we wish you a Happy New Year! Καλή Χρονιά!