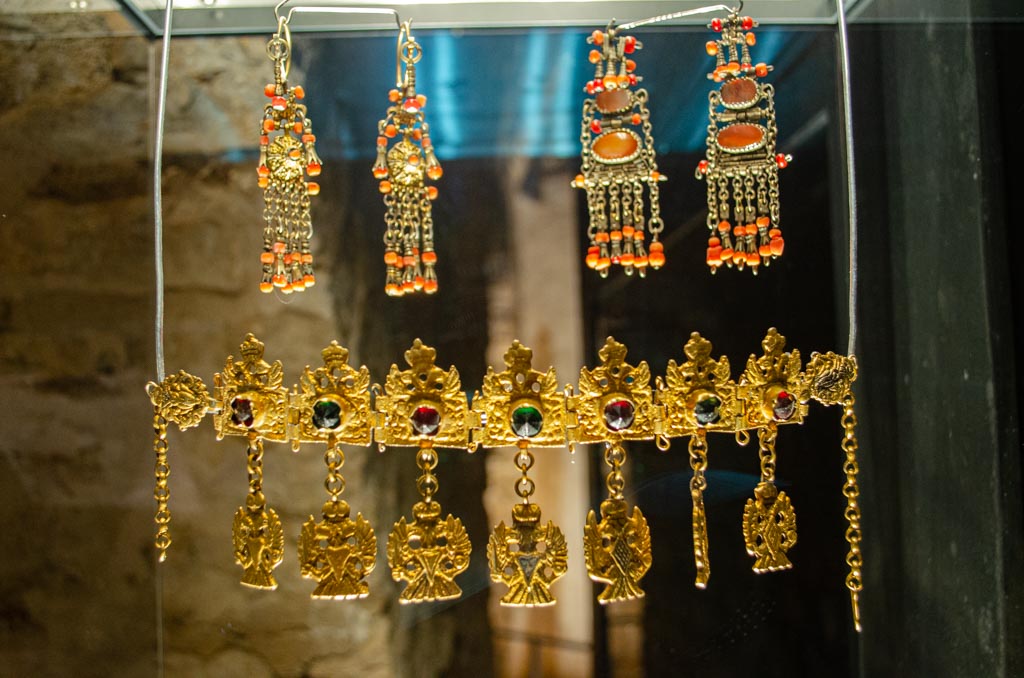 Greece is a prime destination for lovers of culture. But besides the beauty of the sites of classical Greece, and the major museums like the National Archeological Museum and the Acropolis Museum, there are many niche museums that make fascinating culture destinations. Greece’s excellent craftsmanship, agricultural and culinary traditions, and technology are the inspiration for some of the finer small museums, while others focus on different ethnic groups.

An additional advantage of visiting some of these smaller and less-known museums of Greece is that they are often located in wonderful locations, often specific to the subject, therefore giving you an in-depth experience of your destination. In many cases, the subject of the museum – be it the marble of the Cyclades, the masticha of Chios, the silver of Ioannina, or the silk of Soufli – is an essential part of the soul of the destination. 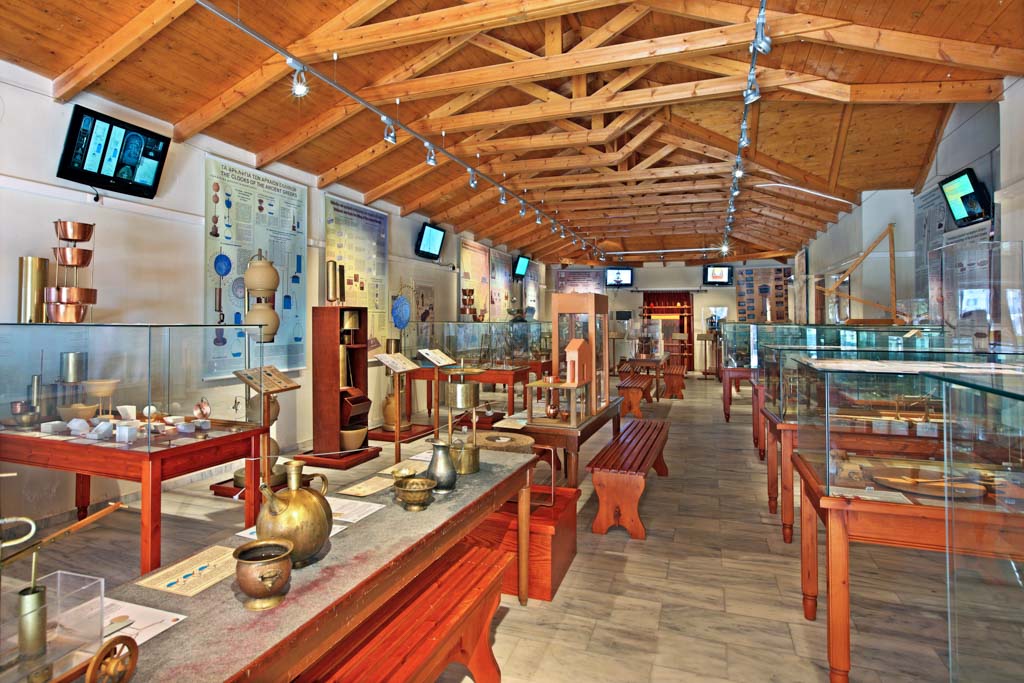 Tucked into a little side street in the heart of Kolonaki is a wonderful museum exploring the brilliance of the ancient Greeks in full detail. The Kotsanas Museum of Ancient Greek Technology shows through some 300 operating models of ancient Greek inventions the incredible technological innovations of the era from 2000 BC through the whole of the Ancient Greek world. Highlights include models of the Antikythera mechanism, the robot servant of Philon, and the mobile automatic theater of Heron.

One of the finest collections of Islamic Art in the world is in the historic center of Athens. 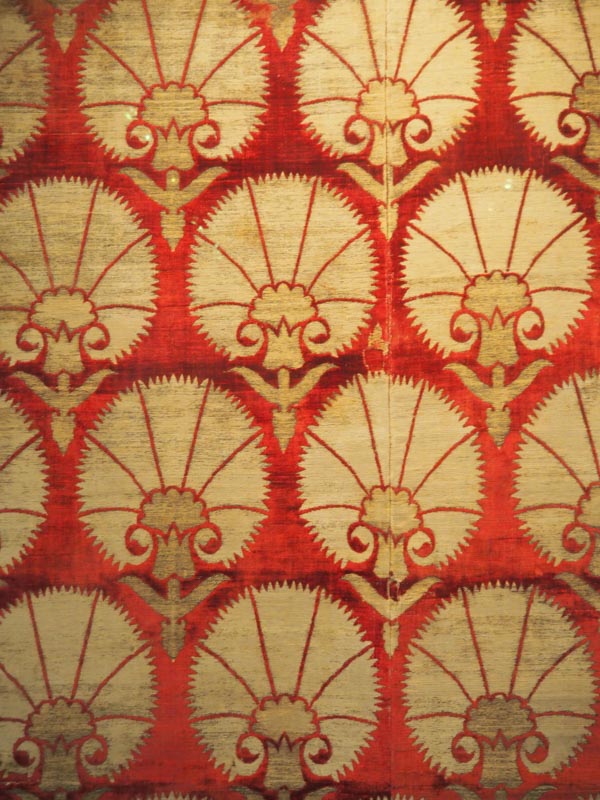 In a grand neoclassical complex directly behind the Kerameikos excavations and close to Psyrri and the ancient Agora, the Benaki Museum of Islamic art has a collection of over 8,000 objects narrating each phase of Islamic artistic expression, from the emergence of Islam through the Ottoman period into the 19th century. An entire reception room from a 17th century Cairo mansion is a highlight.

The Jewish Museum of Thessaloniki

Thessaloniki has a complex identity and a proud and rich multicultural heritage. For centuries, it was better known as Salonica, and was the largest Sephardic Jewish city in the world. 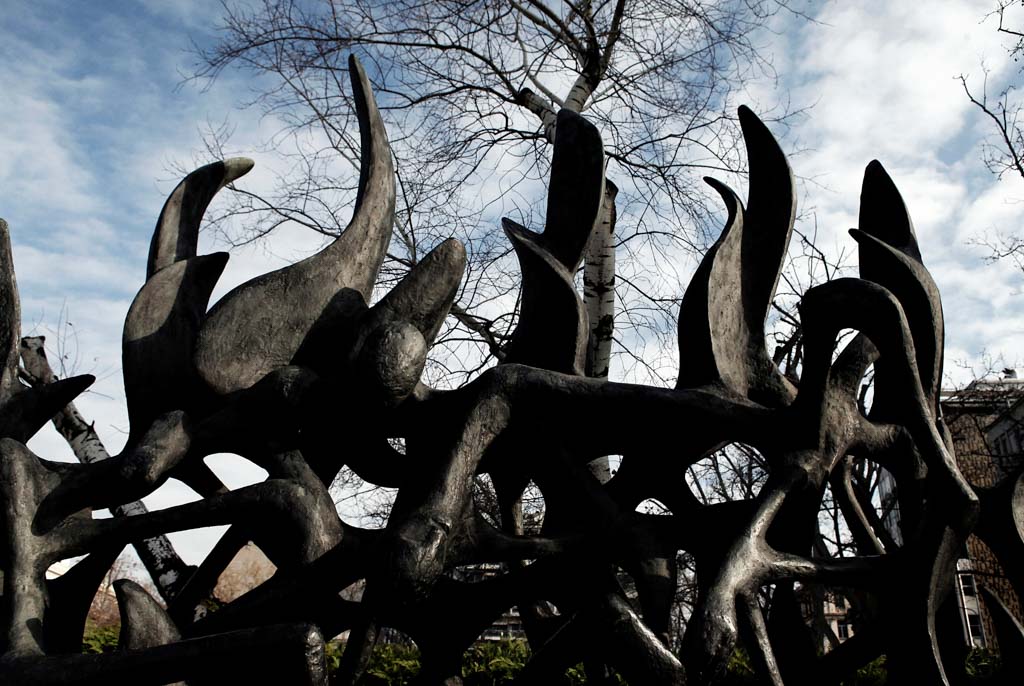 Centuries of thriving Jewish culture is explored in the museum, set in a historic commercial arcade. The entire history of Jews in Thessaloniki – from the Remote population of the Roman era through the influx of Sephardic Jews as well as Ashkenazi, is narrated in detail. There is also a room of remembrance – Thessaloniki lost over 95% of its Jewish population in the Holocaust.

This is a relative newcomer on the Museum scene in Greece – opening in 2017. And it is quite a sensation. This was originally the private initiative of Victoria Karelia, the President of the Lyceum of Greek Women of Kalamata. It has grown to include complete outfits of both women and men, from all parts of Greece.

Local women have laboriously revived these marvelous samples with painstaking detail, while artisans have also brought together missing pieces to complete the authentic looks. The modern museum, which bears her name, takes advantage of superb staging, sound and light, while touchscreens give complete information. The collection provides a fascinating window onto the refinement of Greek culture.

Kalamata is of course a wonderful destination for both nature and culture, with a strategic location in the Peloponnese perfect for exploring world famous beaches and archeological sites, as well as the fairy tale villages of the Mani.

The Silk Museum of Soufli

At the very easternmost edge of Greece in the Evros region, barely a kilometer from the border of Turkey, is the little village of Soufli. This was once a thriving town, the heart of silk production in Greece and the most important center of silk production in the Balkans, with its luxurious fabrics shipped all over Europe. 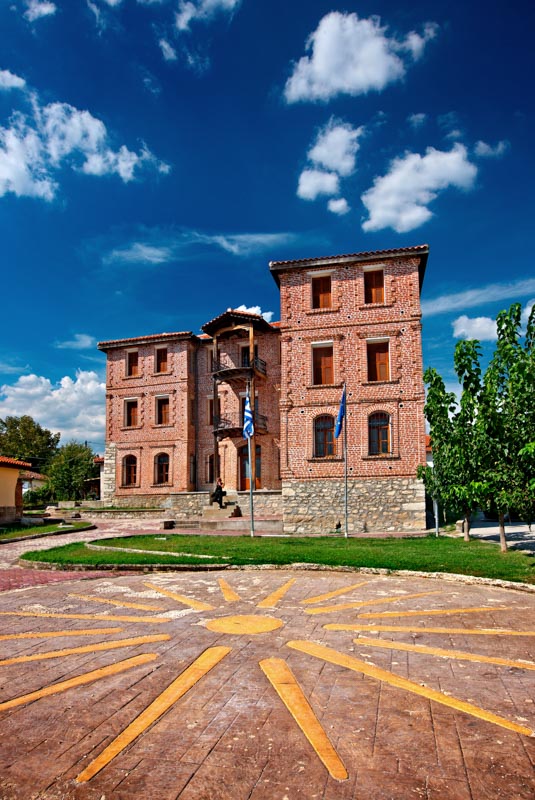 The Museum, which is one of the excellent museums of the Piraeus Bank Group Cultural Foundation, is set in the  historic 19th-century Kourtidis mansion. Here, one learns about the history of silk over time, as well as every detailed aspect of the production process. Gorgeous examples of silk garments are also on display.

The Museum of Marble Crafts – Tinos

Another splendid museum of the Piraeus Bank Cultural Foundation, the Museum of Marble Crafts is set in Greece’s most important modern marble craft production center. 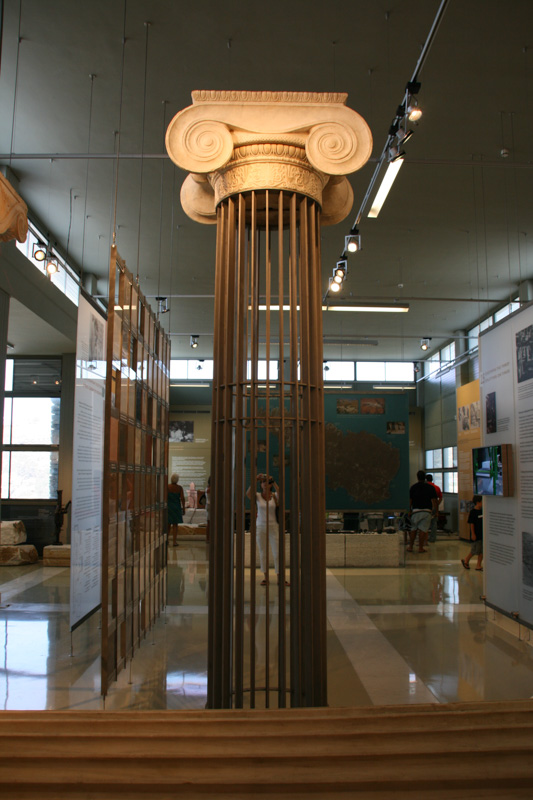 Through fine authentic examples, an excellent collection of original sketches by craftsmen, and abundant audio-visual material, the visitor has a fine introduction to a timeless material that is truly one of the building blocks of the aesthetic soul of Greece.

Also part of the Piraeus Bank Group’s excellent cultural initiatives, the Chios Mastic Museum is a perfect example of how a product can become truly synonymous with a place. The pistacia lentiscus var – the mastic tree – is endemic to Chios and more specifically the southern part of the island. 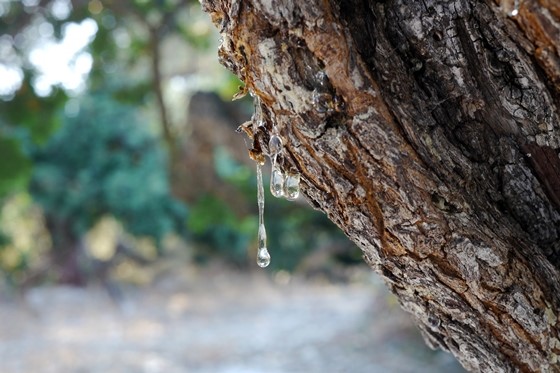 The resin of these trees is mastiha – gum resin – which has been prized since ancient times for both its taste and its therapeutic properties, particularly as a digestion aid. The museum is in the heart of the mastichochoria – the mastic-producing villages. Here, one learns about the trees themselves and their resin, the traditional gathering and processing methods, and contemporary mastiha processing and use. 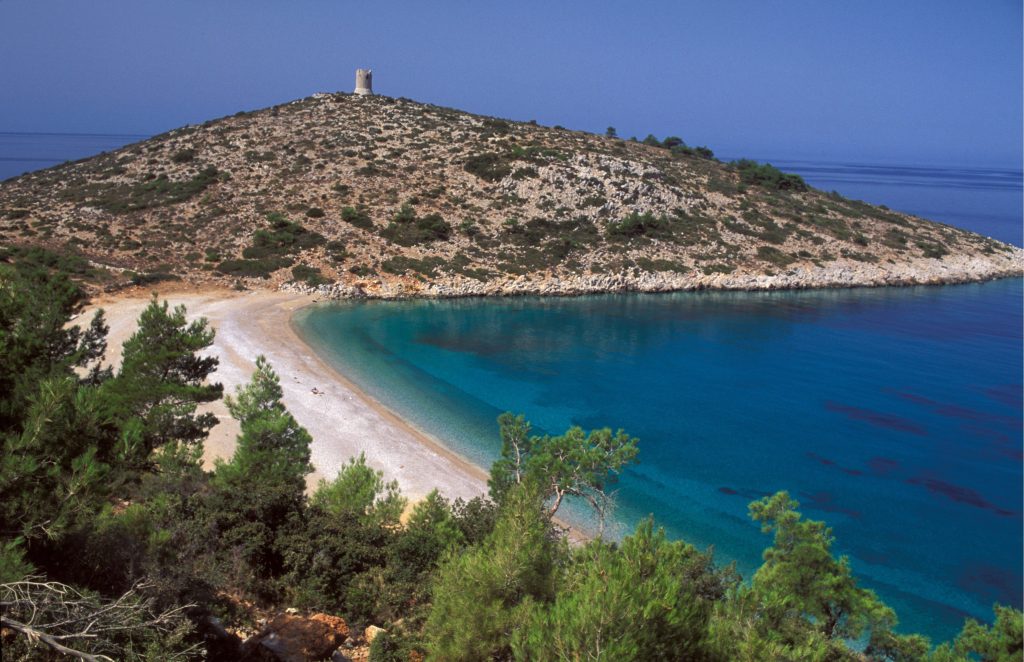 Chios, known by name to many from the famous painting by Eugene Delacroix, is one of the gems of the North Aegean. The island is a wonderful combination. The aristocratic elegance of 19th mansions attest to the island’s 19th century prosperity from shipping. And natural beauty flourishes with pristine beaches and a wilder, unspoiled northern side, and groves of famous Chian mandarines.

The Silversmithing Museum of Ioannina

Lakeside Ioannina is one of the most famous towns of inland Greece. With its famous island and complex history – for years most famously the realm of Ali Pasha – and its magnificent and intact fortress which spans the Byzantine and Ottoman eras. It is in the acropolis of the fortress – the Its Kale – that the atmospheric Silversmithing museum is housed. This is also part of the Cultural Foundation of the Piraeus Bank. 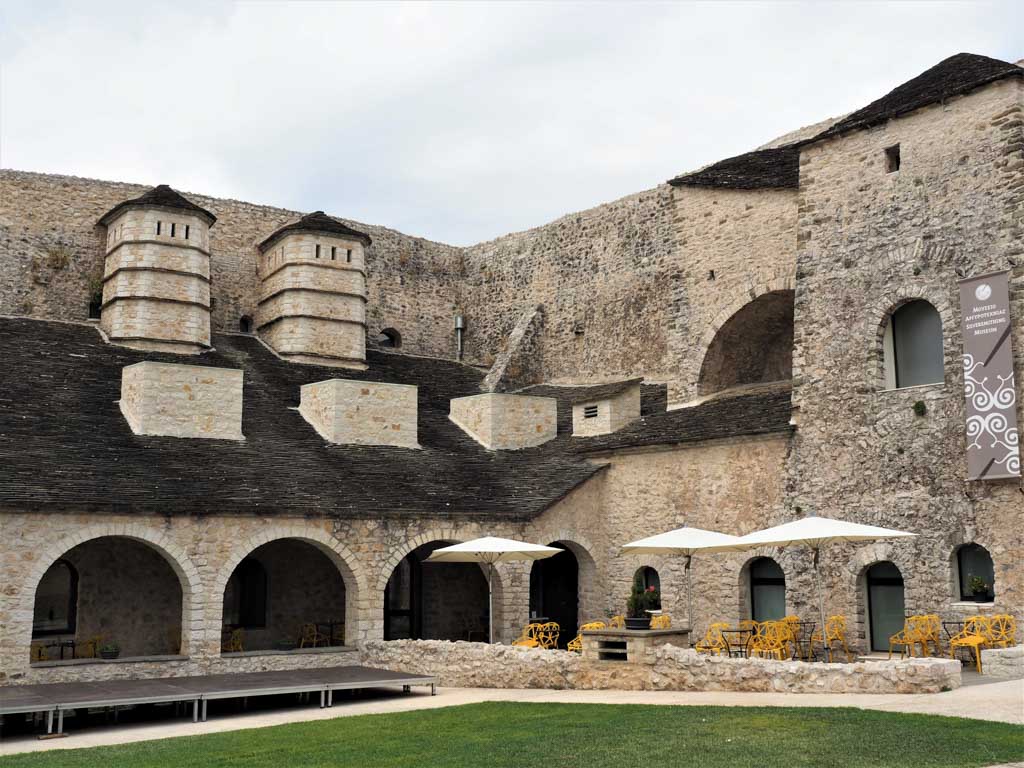 Epirus, the region to which Ioannina belongs, has a long and proud tradition of excellence in silversmithing. In fact, the Bulgari family comes from one of the nearby villages. In the museum one finds detailed examinations of the various techniques, the history of the craft, and of course splendid examples, all in a magnificent space. Ioannina is, of course, also a wonderful place to shop for finely crafted silver jewelry today. It is also an excellent base for exploring one of Greece’s most historic mountainous regions, with traditional stone villages and famous monasteries.

The Museum of the Olive and Greek Olive Oil – Sparta 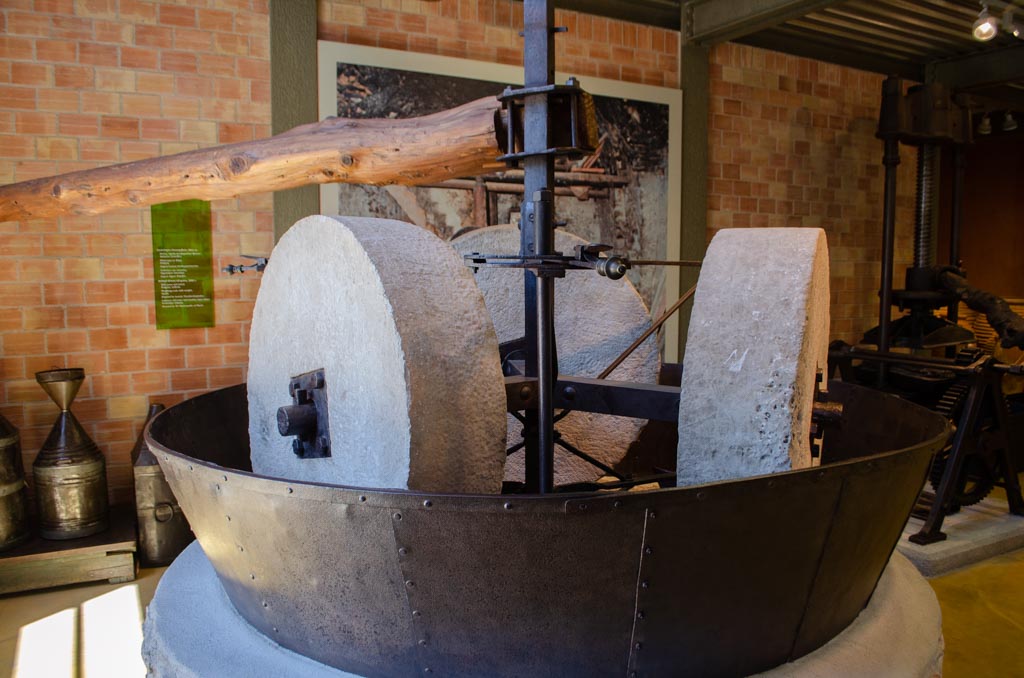 Is there any product more identified with Greece throughout time than the olive? Here in Sparta in the Peloponnese, in a landscape filled with noble and ancient trees, is a museum where you can learn all about the olive and its role in Greek life – nutritional and economic, but also – importantly – in religious ceremonies and in art. The displays include fossilized leaves of the olive from Santorini from 50-60 millennia old, as well as replicas of 14th c BC linear B tablets proving the presence and exploitation of the olive throughout time.

The Island of Leros in the Dodecanese, with its strategic location and natural harbor at Lakki, was the Naval base of the Italians in the Eastern Mediterranean since the 1930’s. This museum occupies a unique space – one of the several authentic military tunnels which are located in various spots on the island.  The tunnel has been carefully restored and holds exhibits including photographs, maps, and artifacts, donated by the Greek military and also by individuals. Outside, the military museum park has vehicles, planes, and armaments.

Have you been to any of these little known museums in Greece?

Tags: Athens, bespoke travel, fly me to the moon travel, Greece, luxury travel experts, travel designer
Previous Article
This website uses cookies to improve your experience. We'll assume you're ok with this, but you can opt-out if you wish. Accept Read More
Privacy & Cookies Policy