The Annual Athens Democracy Forum is an exciting event – through engaging panels and discourse, the forum seeks to examine ways to strengthen democracy and to assess the challenges it faces in an era of global change.

Perhaps the most interesting feature of the Athens Democracy Forum of 2019 is the Spirituality and Democracy Weekend. Philosophy is the inspiration for exploring the deep connection between spirituality and democracy, with the notion of the self being the starting point for strength and health in the family, community, nation, and world. Leading panels and discussions will be speakers from the Democracy Forum of Athens and voices from a broad spectrum of fields, including philosophy, history, social activism, journalism, and even ethical fashion.

Messenia – One of Greece’s Most Fascinating Destinations 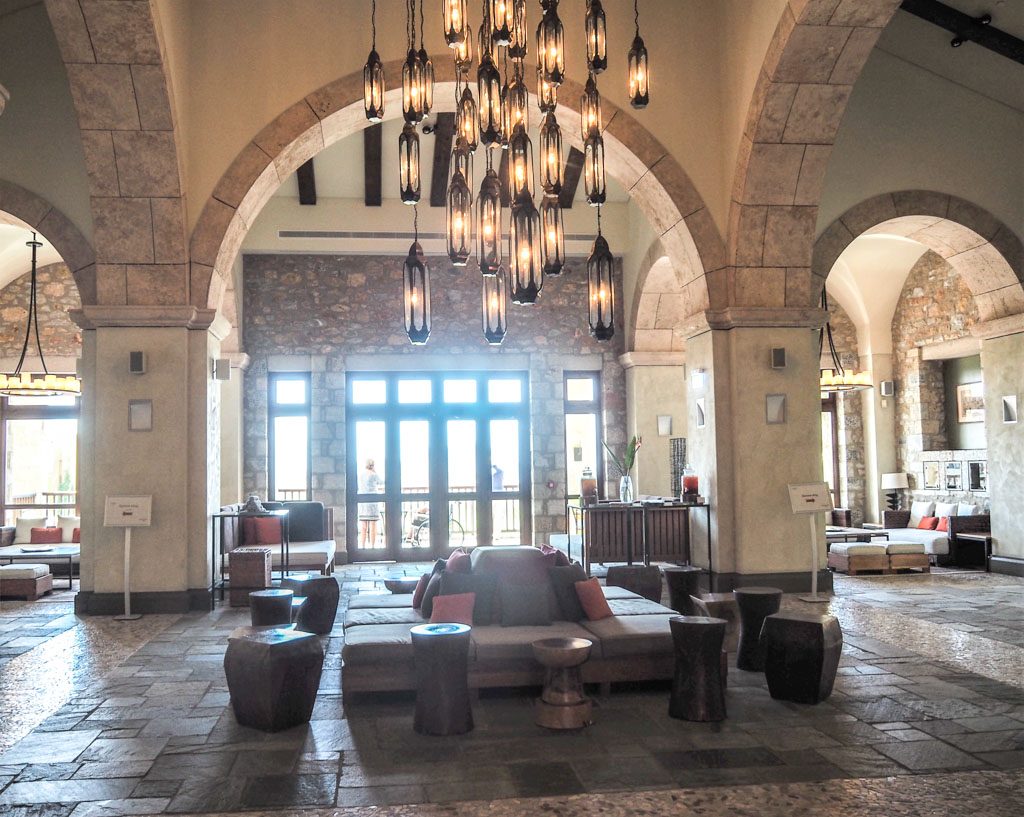 What is particularly  wonderful about the Spirituality and Democracy Weekend is the setting: this stimulating weekend will take place at Costa Navarino. This is truly one of the most fascinating parts of Greece. Messenia, at the southwestern tip of the Peloponnese, is a destination of rare natural beauty. In addition to the beauty and diversity of the landscape, this is also one of Greece’s most cultured and civilized destinations.

The site of Ancient Messenia is an excellent place to start your explorations of the region. This UNESCO World Heritage site is vast. Its earliest findings date from the Neolithic and Bronze ages. Ancient Messenia flourished after being founded in the 4th century BC by General Epaminondas of Thebes – having defeated the Spartans. After nearly 4 centuries of Spartan occupation, it became the free Messenian state. Highlights of the spectacular site include the Doric Asklepieion complex – which includes and Odeon, the Bouleuterion, and a lovely Ionic temple. This great city continued to flourish in the roman era, as seen in the ruins of luxurious villas.

The Fortified Towns of Methoni and Koroni 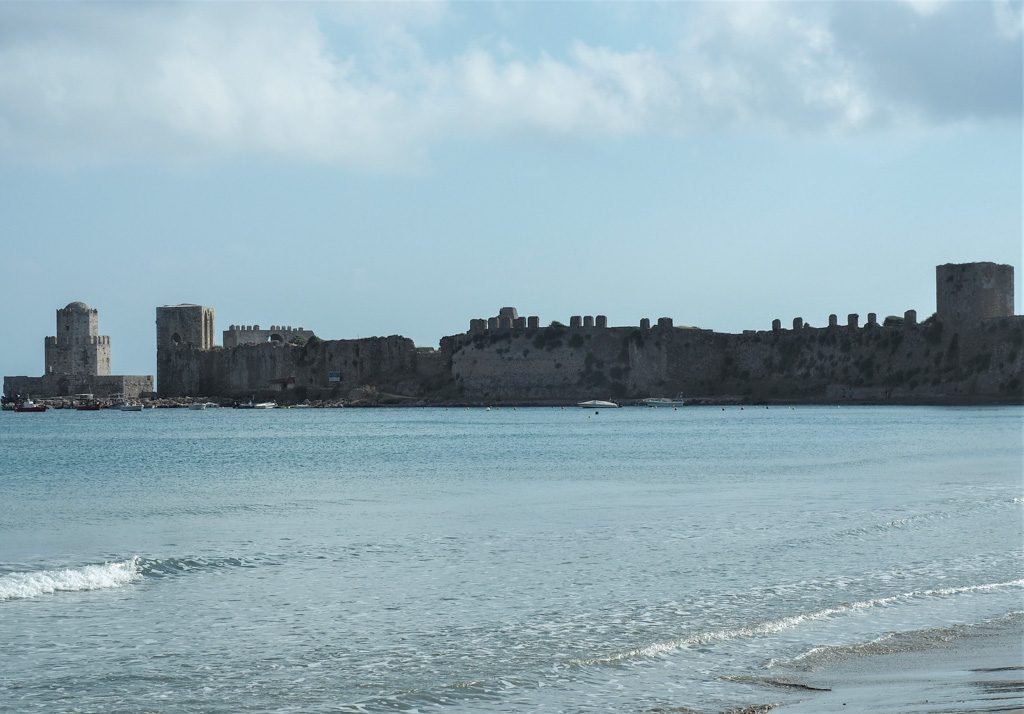 Messenia is also rich in more recent history. The strategically located Methoni and Koroni were called “The Eyes of Venice.” They were centers for trade and were well protected with great fortresses, giving them a unique character they retain to this day. Methoni’s castle is a wonderful archaeological site, ending in the fortified islet of Bourtzi. This is one of the Mediterranean’s largest Venetian castles, protecting many. During the Ottoman era, baths were added, and there are ruins of a minaret. 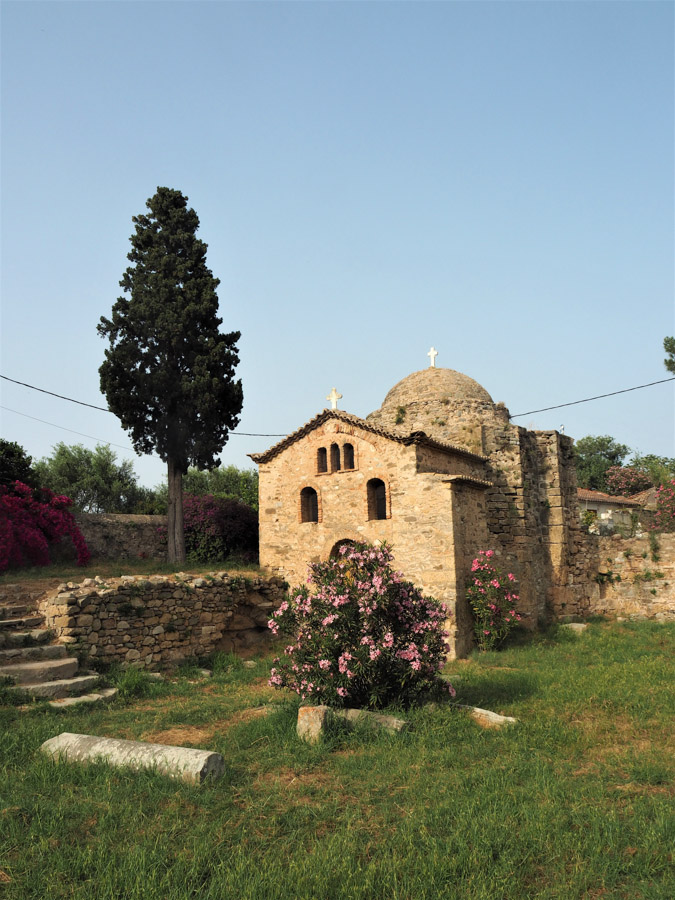 Koroni has a spectacular Venetian Fortress, a great structure that also includes churches and houses. Like Methoni, it was built in the 13th century. On the Akritas cape, it dominates the southern edge of the Gulf of Messenia. Exploring the glorious fortress, you’ll see the Byzantine church of St. Sophia, an octagonal tower that was an Ottoman addition, and an old mosque. The views are stunning. Both of these towns have a romantic, authentic character, and are charming to explore.

The capital of Messenia is one of Greece’s loveliest – Kalamata. This port city along the Neda river, at the head of the Messenian Gulf, is known for its beauty and charm. With the sea as a backdrop on one side, and majestic Mt. Taygetus on the other, the city is surrounded by beauty, and has plenty of its own, as well as a complex history. The city, crowned with a 13th century fortress, was battled over in the crusades, changing hands from Franks to Byzantines and Franks again. The Ottoman period here was actually 2 periods. The initial occupation lasted just over 200 years, from 1481 to 1685, when the Venetians claimed it. But they were here just three decades – the Ottomans recaptured the city in the War of 1715, and held it again for a little over a century until Greek Independence in 1821.

Today, Kalamata is known for its lovely fortress, its 19th century Cathedral of Ypapanti, its archaeological museum, its railway museum, and – a more recent addition – an absolutely stunning collection of traditional Greek costumes. 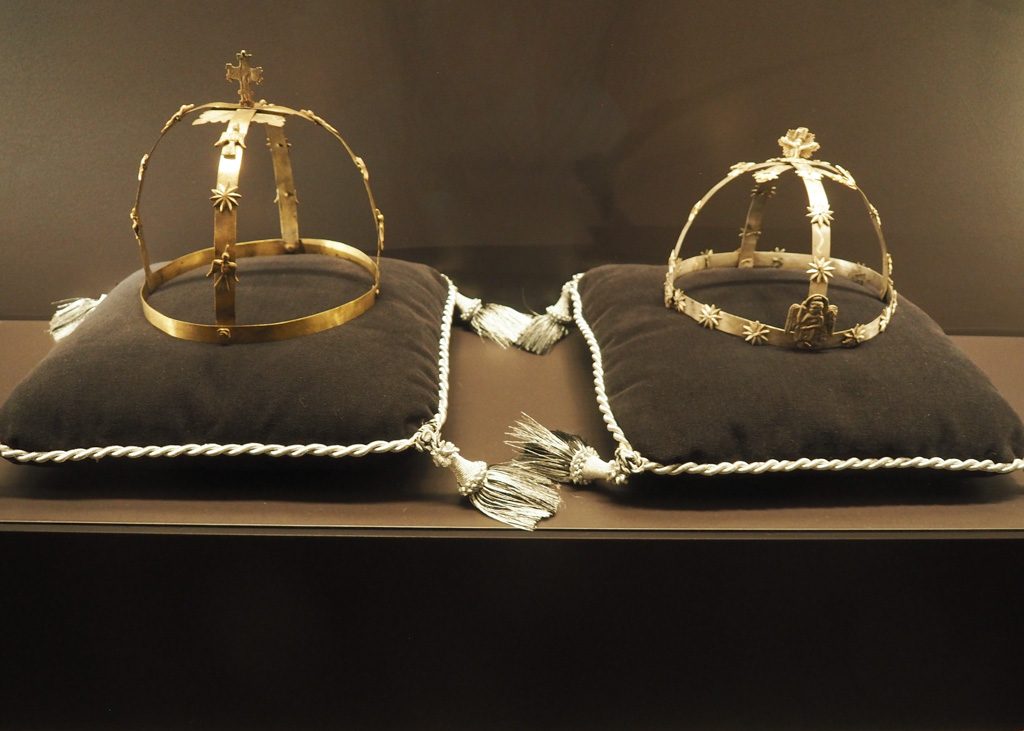 The enchanting Old Town makes for wonderful exploring. There is also a charming central market, a wonderful seafront promenade, lined with cafes and tavernas. This is the perfect place to taste contemporary Greek life, with its blend of tradition and cosmopolitan sophistication.

This is a land of glorious topography and dramatic contrasts – a gorgeous coast, mountains and dramatic gorges, rivers, fertile valleys, and olive groves.

Exploring the Beaches in Messenia 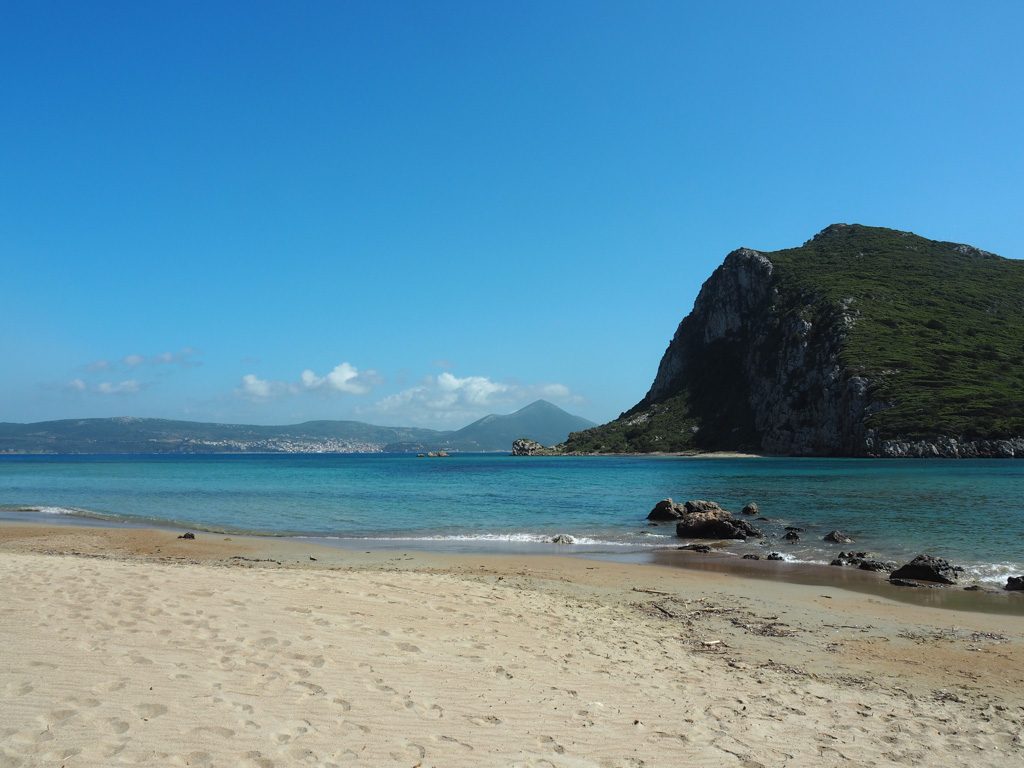 October in Greece is often filled with sunshine and sweet temperatures – there are still beach days to be had, for strolling and even swimming. And Messenia has some astonishing beaches. One is among the most famous in Greece – Voidokilia. Near the lagoon of Yalova and just 10 kilometers from Pylos, this rounded bay is so perfect it looks like it was drawn by the compass of the gods. A broad beach of silken sands edge turquoise waters, calm in the protected embrace of the bay. The area – rich in biodiversity – is protected, part of the Natura 2000 network. Needless to say, this natural wonder draws tremendous crowds in the high season – visiting it in October is a different experience.

Voidokilia is just one of dozens of popular beaches in Messenia you’ll be able to explore in the calmer season. You might also try Finikounda beach, with its charming harbor and tavernas, and a view of the islet of Schiza. At the foot of Mt. Taygetos is the clean pebble beach Mikri Mantinia, awarded a blue flag, and lush with greenery.

Hiking at the Waterfalls of Polylimnio 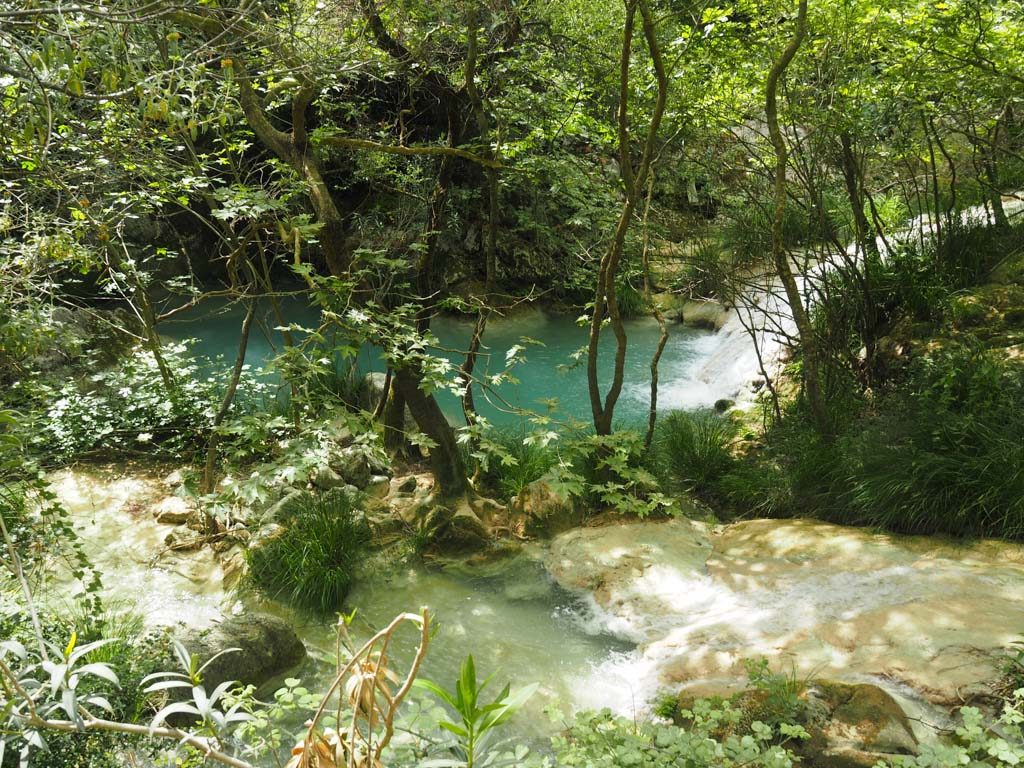 Of the many highlights of this lush region, blessed with gorges and springs, the Polylimnio waterfall, in the gorge of the same name, is special. The world Polylimnio means “many lakes,” and that’s exactly what this gorge delivers – some 15 small lakes, surrounded by dense vegetation, olive groves and vineyards. The 3 kilometer hike, of medium difficulty, is magical. This is just one of many glorious hiking destinations in Messenia.

Boating on the Messenian Gulf

Exploring the historic Messenian Gulf by boat is truly glorious. For an unforgettable day, a trip around the gulf can be arranged. The coastline is dotted with wonderful coves, and there are also plenty of islets – the Messenian Oinousses of Sapientza, Schiza, Agia Mariani, Venetiko, and Proti. They are virtually uninhabited. 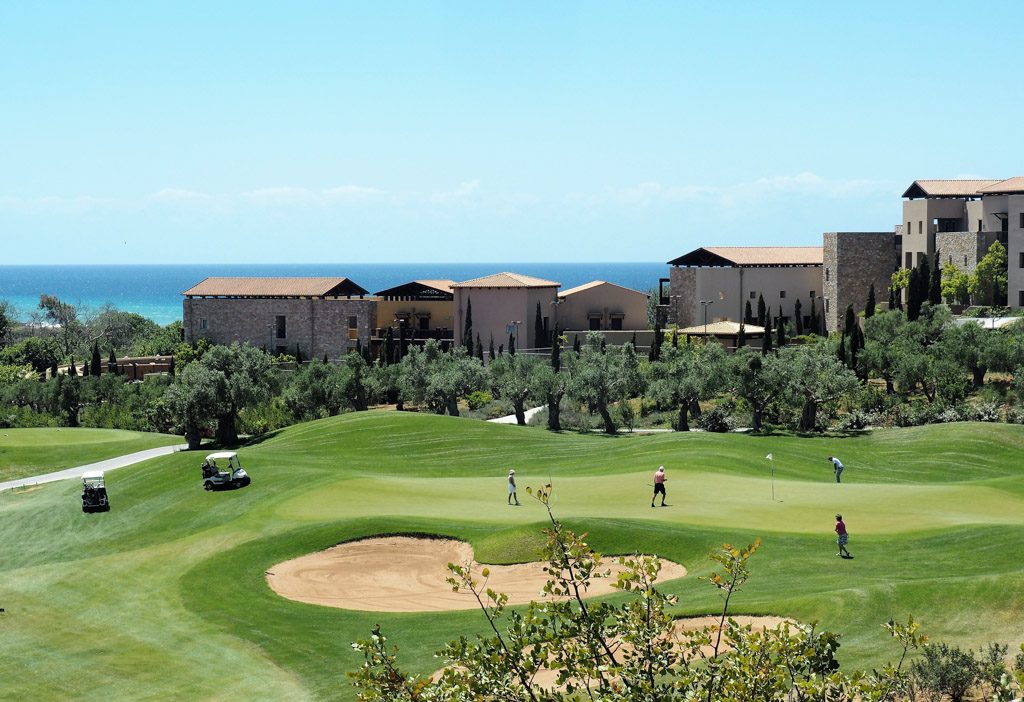 Some of the finest golfing to be had in all of Greece is also in Messenia. The Costa Navarino is a world-class golfing destination. In this idyllic, lush setting, you’ll find not one but two 18-hole golf courses. The Dunes course, with views of the river and sea, takes its name from the tall dunes that separate some of the holes from the shimmering beach. The Bay course offers views of both the sea and the mountains, with some holes played along the historic Bay of Navarino. At both courses, the stellar scenery makes for an unforgettable round of golf.

Have you ever been to this fascinating part of the Peloponnese?