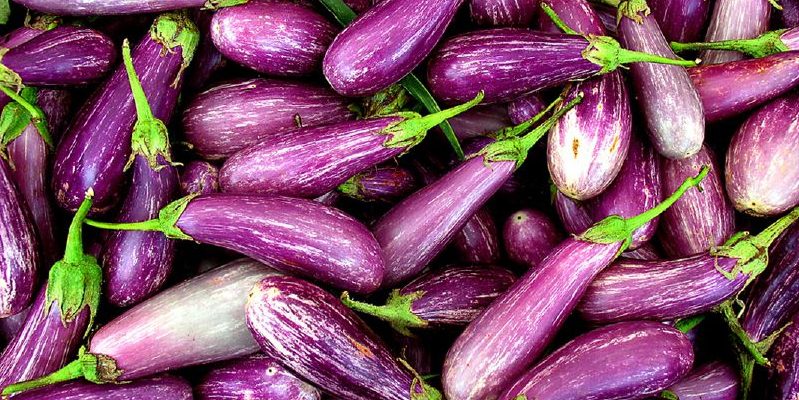 The gastronomy festivals in Greece are a great way for visitors to experience the unique food culture of the country. Festivals are a cultural part of life in Greece.  There always seems to be a celebration, gathering or event scheduled to honor what Greeks revere: arts, music, drama and, of course, food.  By planning your travel around some of the regional gastronomy festivals in Greece, you can get to know the natural products grown with care in a particular region, the tasty local dishes that incorporate them and have a great time. In Leonidio, the melitzana or eggplant is king.  In fact, the sweet Tsakonian eggplant of Leonidio has   Protected Designation of Origin (PDO) status. That’s why Melijazz takes place each year.

The festival, however, doesn’t just embrace the eggplant.  As the title alludes, it is also a time for music and not just music from Greece.  At Melijazz, you can enjoy rebetiko, flamenco and Serbian music as well as swing, jazz, opera and more. As the streets are filled with beautiful sounds, eggplant dishes are served from various vendors. For four days every September, the pistachio is honored on the Saronic island called Aegina and more than 20,000 visitors come to take part. The Fistiki Fest is dedicated to this tasty nut which has PDO status. At the festival, you can sample the island’s creative pistachio dishes as well as browse through the green and fuchsia (the color of the pistachio) vendor stalls where local artists sell their jewelry, pottery, arts and crafts. Greece may not be known for beer but things are changing. Over the past decade, many areas of Greece are producing award-winning and flavorful beers which some beer connoisseurs consider some of the best in the world.  Check out our earlier post Attention Beer Connoisseurs: Beers from Greece to learn more. More than 200 volunteers organize the festival which features dozens of local products, five local breweries and 30 musical dance groups.  Various European countries, including Italy and the U.K., have participated over the years making it a cultural exchange of food and culture.

There are thousands of varieties of mushrooms growing in Greece but Grevena, a region in the northwest, is famous for mushroom hunting. The tradition of mushroom picking on the slopes of Valia Kalda valley in Grevena has been passed down from generation to generation. Thanks to the many varieties of wild mushrooms growing here, there are dozens of tasty local dishes featuring them.  That’s how the annual Mushroom Festival came to be.  During this unique food festival, favorites such as savory mushroom pies and mushroom stews can be sampled along with new innovative recipes such as mushroom liqueurs, mushroom flavored cakes and even mushroom spoon sweets. On the island of Lesvos, the sardine is a staple of the local diet – a perfect accompaniment to the famous local anise flavored apertif called ouzo.

The Sardine Festival takes place in summer to commemorate just how important the sardine is to the local people. The setting is the beautiful seaside village of Kalloni where some of the best sardines can be found. During the festival, you can listen to traditional Greek music. There are plenty of sardines to eat including freshly grilled and salted but each plate is always accompanied by locally made ouzo.  The festival is one of the most popular on the island and attracts locals and tourists alike who love the dancing, singing and community atmosphere it offers every August.

Have you ever been to any of the gastronomy festivals in Greece?

Tags: fly me to the moon travel, gastronomy festivals in Greece, Greek cuisine, luxury travel experts, travel designer
Previous Article
Next Article
This website uses cookies to improve your experience. We'll assume you're ok with this, but you can opt-out if you wish. Accept Read More
Privacy & Cookies Policy