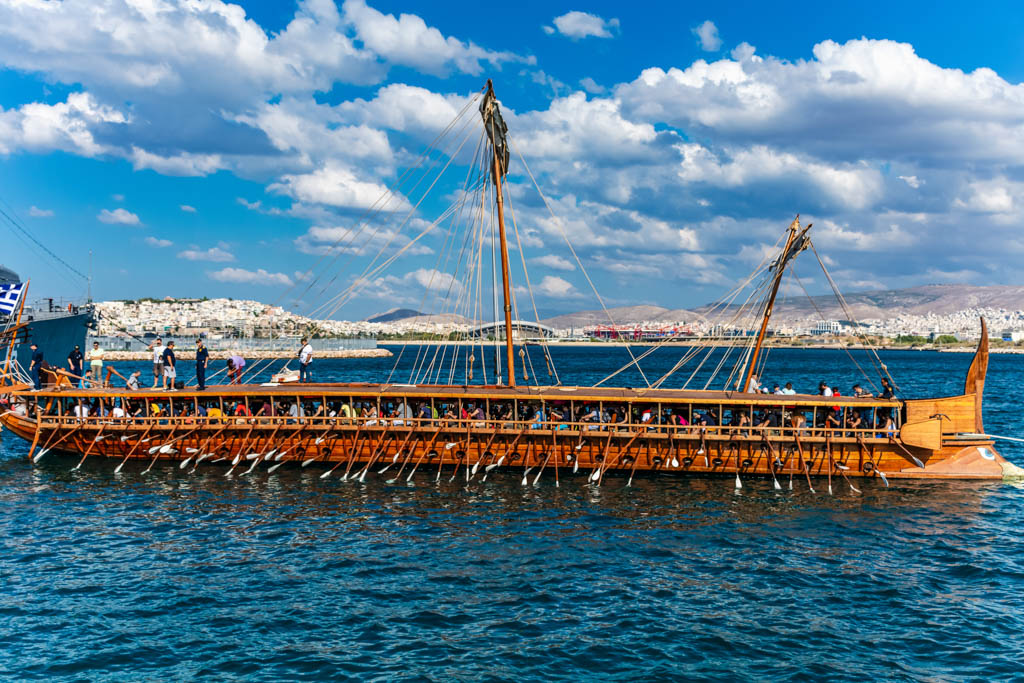 Greece’s rich seafaring heritage is second to none. Ships have been an essential component of the identity and history of Greece since the Age of Myths. Helen of Troy, for instance, is referred to as having a “face that launched 1000 ships” in reference to the Trojan war.

But it is not just in war that Greek prowess at sea has been important. Millennia of successful commerce, transport, and exploration contributed immensely to the development of culture and prosperity in Greece throughout history.

Characteristic Types of Ships in Ancient Greece through the Present

The craft of Greek shipbuilding spans the impressive ships of the Bronze Age through the Bireme and Trireme of ancient Greece, the Dromon of the Byzantine era, through the steamships of the mid-19th century and onward. In addition, Greek ship makers have excelled throughout history at smaller craft, from fishing boats that are both seaworthy and picturesque through fine examples of luxury craftsmanship in the building of sailboats and yachts. It is a proud heritage of millennia.

The earliest Bronze Age ships date from the 3rd millennium BC. The Minoans of Crete and the early inhabitants of the Cyclades enjoyed a sophisticated civilization, wealthy from trade with their fleets of sailing ships which were also propelled by oars.

Ancient Athens commanded a formidable fleet of Triremes. Some of these were financed by wealthy benefactors – it was the custom for the wealthy of Athens to finance a trireme (or a religious banquet). But the majority were financed by the wealth of the silver mines at Lavrio, on the eastern shore of Cape Sounion. Some 200 ships were commissioned by the wise leader Themistocles, in anticipation of a war with Persia.

These vast ships were technological marvels of their time. Measuring nearly 40 meters in length, they were propelled by oarsmen, and, as the name Trireme indicates, three rows of oarsmen (“-reme” referring to oar) per side.

The Bireme was slightly smaller – some 25 meters in length, and had but two rows of oarsmen per side. The rows of oarsmen in each type of ship were staggered by height for great efficiency and manpower per length of ship, for maximum speeds.

During the Byzantine era, the ship of the formidable Byzantine Navy was the Dromon – also a galley ship, some ‘monoreme’- with single rows of oarsmen – but more often they were Biremes, with the two rows of oarsmen on separate decks. 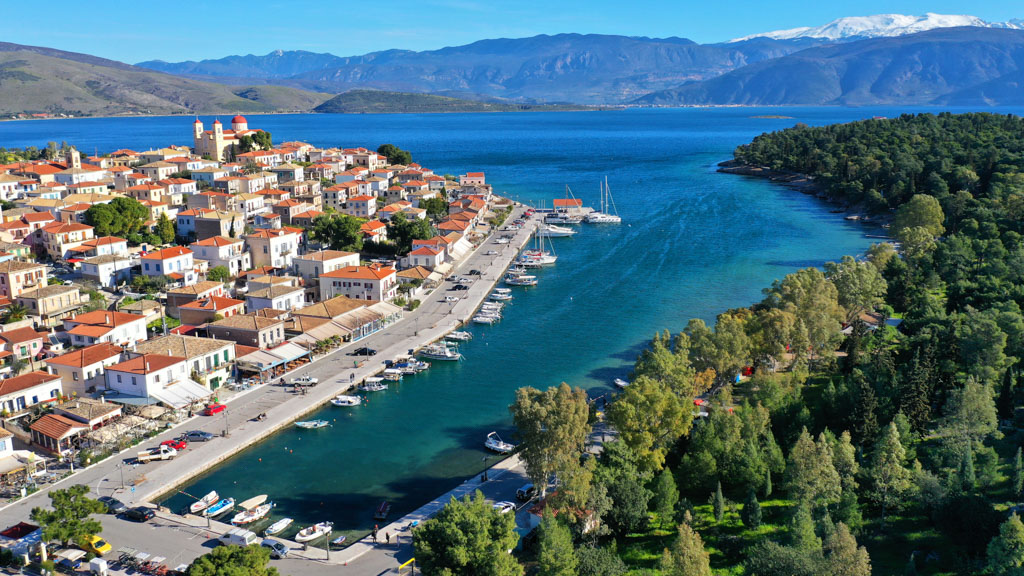 Maritime powers rose in different areas throughout the Greek lands – on the mainland Missolonghi and Galaxidi especially. In the Ionian islands Paxos and Corfu rose to prominence, trading with Italy.

And the islands of the Aegean also prospered, with Hydra and Spetses in the Saronic Gulf, Andros, Syros, and Mykonos in the Cyclades, Chios and neighboring Psara in the north Aegean, and Kasos in the Dodecanese all rising in maritime strength and in wealth. Under Ottoman occupation, Greek ships flew British or Russian flags when crossing international waters.

When Greece sought independence from Ottoman rule, the Greek shipowners converted their fleets to warships which were instrumental in the cause of Greek freedom.

The 19th century brought another type of revolution – the introduction of the steamship. Greek companies rose to the challenge. Meeting demand with the first shipyard for steamships was the Greek Steamship Company, founded in 1856 in Ermoupolis on the island of Syros. The Hatzigiannis-Metsis shipyard of Spetses followed soon after, as did the Onex Neorion shipyards.

A Proud and Generous Legacy

Greece’s maritime prowess was a source of wealth, pride, and might in the ancient world. In the modern era, Greek shipping has also been a source of wealth, and with it, culture – to say nothing of a little glamor – Shipping magnate Aristotle Onassis after all surely counts among the best known of Greeks of all time. The great Greek benefactors Stavros Niarchos and Vasillis Goulandris – founded with his wife Elise of Greece’s the first contemporary Art Museum are also well known because of their tremendous cultural contributions.

Greece is still home to prosperous commercial shipyards, with most of these located around Eleysina and Piraeus and the Saronic island of Salamina, as well as the Neorion shipyard of Syros, still in operation from 1861.

This is a boat-friendly country. Many islands have excellent facilities offering lift out, maintenance and repair of yachts. But on some islands, the fine craftsmanship for which Greece is famous is thriving still. The glamorous island of Spetses, with its proud naval history, keeps alive a tradition of making wooden boats of excellence. Spetses’ shipyards are still functioning, turning out expertly crafted wooden boats. Rhodes, too, has active shipbuilding operations.

Tags: bespoke travel, fly me to the moon travel, luxury travel experts, travel designer
Previous Article
Next Article
This website uses cookies to improve your experience. We'll assume you're ok with this, but you can opt-out if you wish. Accept Read More
Privacy & Cookies Policy