The 25th of March Celebrations in Greece - History, Customs, and Places to Celebrate 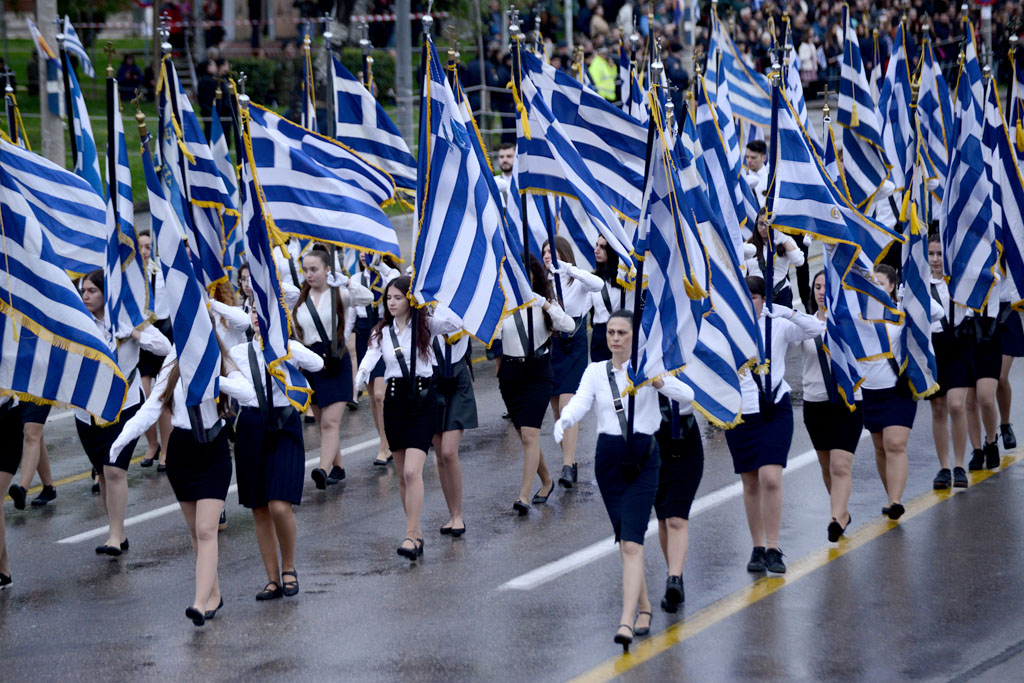 Greece is now celebrating just over 200 years as a free and independent modern nation. The date that is commemorated is March 25th, 1821. This is the day that the revolution was officially declared. By popular account, this was at the Monastery of Agios Lavras, near mountainous Kalavryta of the Peloponnese, by metropolitan Germanos of Patra.

The Peloponnese was the center of the revolution at the beginning, as it had a strong and proud history of revolt against the Ottoman oppressors.

The Date – March 25th – The Annunciation

This date was not random. For the Greek Orthodox community, the date is the celebration of the Annunciation to the Holy Virgin – the Theotokou – nine months to the day before the birth of Christ. The day was chosen so that the Holy Virgin could bless the endeavor.

A Spiritual Quest for All

The cause of Greece was taken up by intellectuals all over Europe, who dreamed of the heirs to this vast cultural heritage being once again free. The fate of the birthplace of democracy, philosophy, drama, everything held dear to European intellectuals, was their own fate as well. Lord Byron was among the most famous European intellectuals to devote himself to the freedom of Greece.

Moreover, as the war proceeded, reports of Christians massacred at the hands of their Muslim oppressors moved European sentiment deeply.

When Was Greece Finally Free?

It was a long and brave war. Only in September of 1828 were the borders of the new Independent Greek nation established. Nafplio, not Athens, was the first capital of the nation. Only in 1834 did Athens become the capital.

This is a day of Parades. The largest Military Parade takes place in Athens, with all branches of the armed services. It’s a glorious event! All over Greece, schools also parade. The honor of carrying the Greek Flag goes to the pupil with the highest marks. 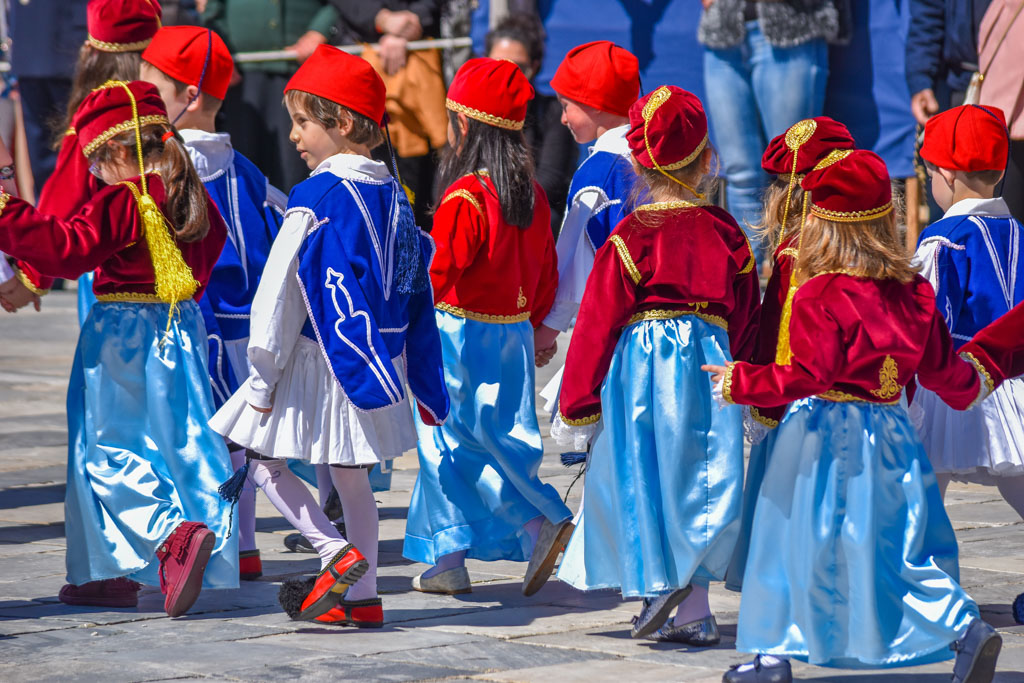 Yonder children also celebrate at school, dressing in patriotic blue and white, dancing traditional dances, singing the national anthem, and performing plays that tell the story of the revolution.

Of course, this is Greece and food is an important part of the celebrations. On this day, pretty much all of Greece eats the same meal: “Bakaliaro Skordalia.” 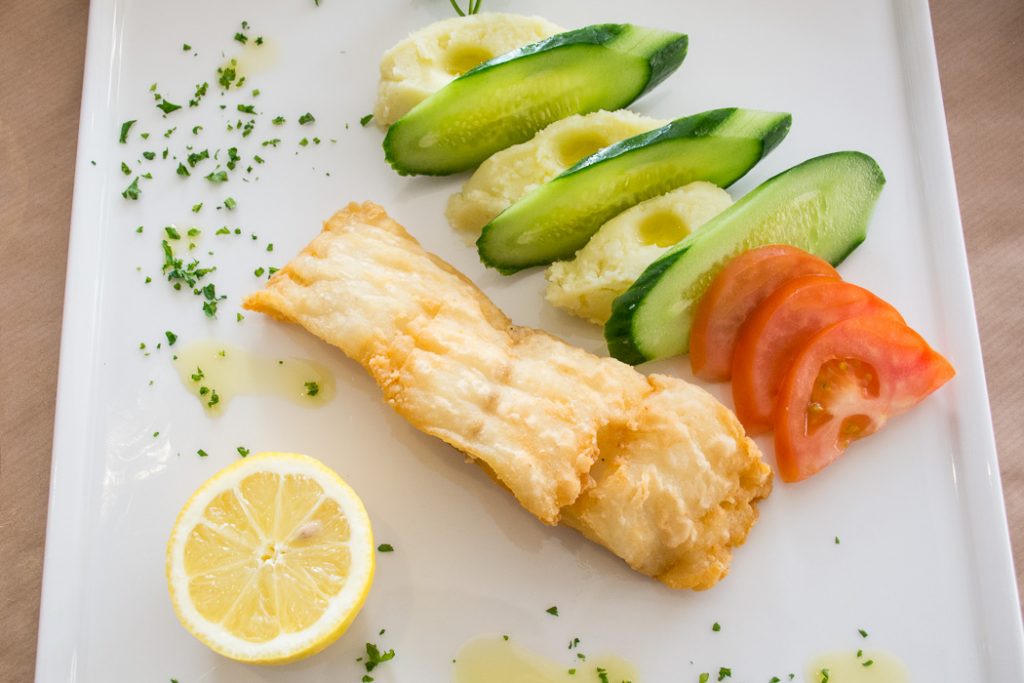 This dish of batter fried salt cod accompanied by a garlicky spread that goes so perfectly with it is a meal that can be enjoyed by everyone in Greece, also by the people far from the sea. Although the Annunciation falls during the Greek Orthodox Lent, this is one day where fish can be consumed.

Where to Experience Independence Day in Greece

While the whole nation is united in celebration, there are some places especially appropriate with strong associations with the War of Independence.

Mani is known to have some of the proudest and boldest people of Greece. The town of Areopolis was the home of the Mavromichalis family, led by Petros Mavromichalis, who led many revolts against the Ottomans, and who played a large role in the War of Independence. The flag of Mani says it all: “ΝΙΚΗ Ή ΘΑΝΑΤΟΣ” (Victory or Death) above a blue cross, and ΤΑΝ Ή ΕΠΙ ΤΑΣ (this means – with the shield, or on it!) below.

This is one of the most beautiful areas of the Peloponnese – dramatic scenery, and sparkling seas, plus fascinating vernacular architecture of the fortress-like traditional Maniot homes. Wonderful boutique accommodations and fine local cuisine add to the destination’s charms. 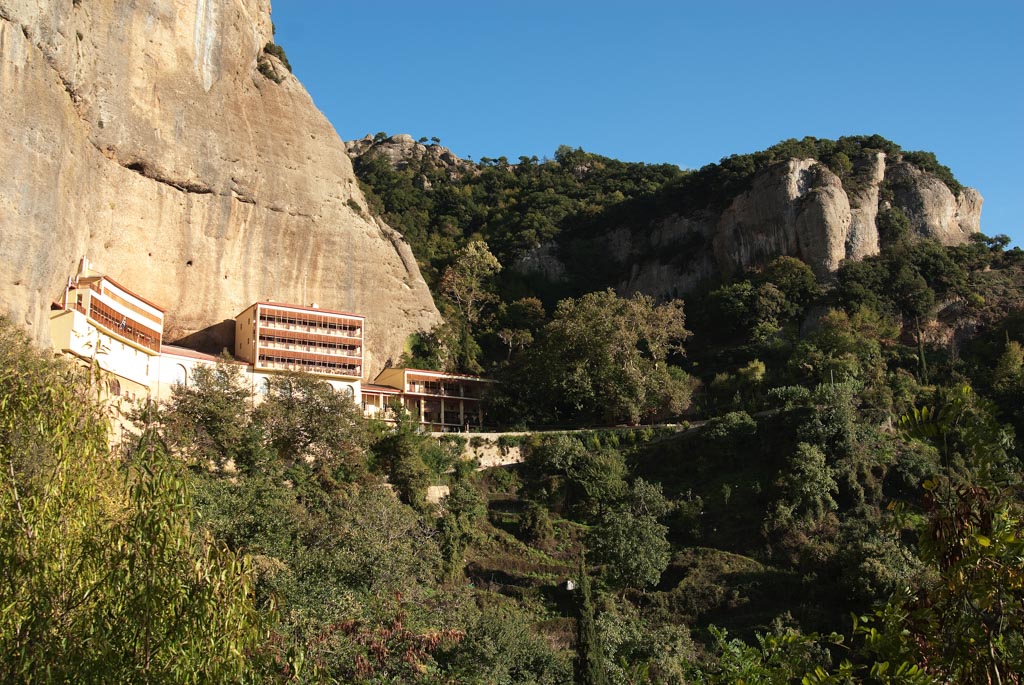 The birthplace of the Revolution, this mountaintop village amid lush scenery makes a wonderful Spring destination. Getting there is also an adventure, via the dramatic Diakofto-Kalavryta rack railway which begins in the seaside town and climbs 750 meters in height along the 22 km route. 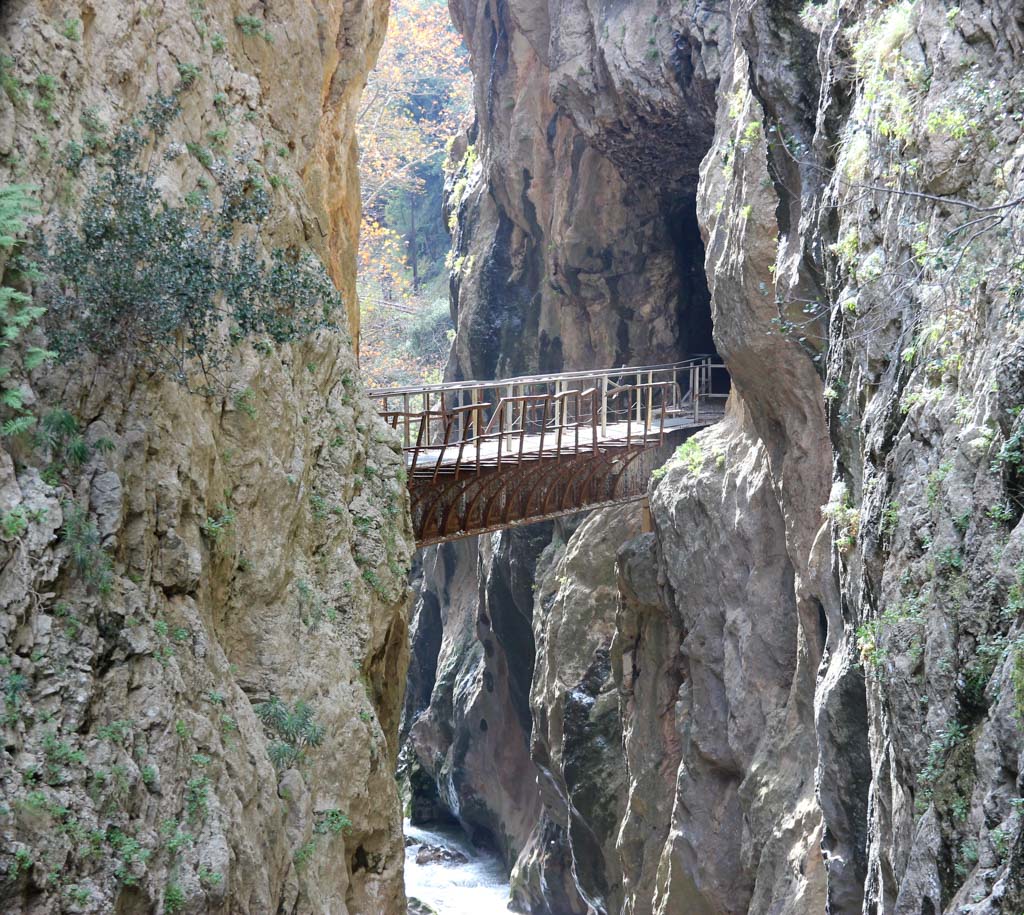 The region is a paradise for hikers, who can then relax in fine accommodations and enjoy the rustic local cuisine and local wines as a reward for their efforts.

This perhaps is the town most famously associated with the Revolution. Two attempts to seize it failed, but the third attempt, in 1825, was a turning point in the war. In the Exodus of Missolonghi, 7000 fled, and just a 1000 survived the exodus. The massacre captured the attention of Europe and fueled their resolve to help Greece.  A painting by Delacroix is among many that depict the event.

A trip to Messolonghi can begin with a visit to the Garden of Heroes – an inspiring and beautiful place, where one can see a monument to Lord Byron alongside those of Heroes of the Revolution. There is also a Municipal History and Art Museum with reproductions of famous paintings and original works.

On the north of the Corinth Canal, this is a wonderful area of Greece. The lagoons provide rich biodiversity, and for seafood lovers there is perhaps no better place in Greece. The area is also famous for avgotaraho – bottarga of gray mullet – a gourmet delight prized all over. Nearby is also beautiful Nafpaktos with its famous fortress, and of course the Rio-Antirrio bridge, a beautiful marvel of modern engineering spanning the Corinth canal and connecting you with all the delights of the Peloponnese.

Have you been to the towns and villages of Greece in the Springtime? Or celebrated the national holiday here?

Tags: bespoke travel, fly me to the moon travel, Greece, luxury travel experts, travel designer
Previous Article
Next Article
This website uses cookies to improve your experience. We'll assume you're ok with this, but you can opt-out if you wish. Accept Read More
Privacy & Cookies Policy