The Corinthian raisin does not have a splashy reputation. Affordably priced and easily available, Corinthian raisins are not usually thought an exciting ingredient. And that is the key to its charm. This relatively humble food is in fact subtle, complex, and extremely delicious. It is also a nutritional powerhouse – an undiscovered Greek superfood.

The Corinthian raisin also plays a surprisingly large role in the culinary history of Greece. Lastly it features in some of Greece’s most beloved homestyle recipes, carrying the taste of tradition through the generations.

Corinthian raisins are often called currants, and sometimes called Zante currants. But in fact they are not currants at all. They are truly raisins, dried versions of the grape cultivar called Black Corinth. These are quite small as compared to standard grapes, just as Corinthian raisins are smaller than conventional raisins or Sultanas. The name “currant” most likely derives from the original shipments having been marked from “Corinth,” as this was the harbor from which they were often shipped. “Zante” of the Zante currant comes from Zakynthos, which was once one of the primary producers and exporters of Corinthian raisins.

A History of the Corinthian Raisin

The Corinthian raisin is first referred to by the Roman naturalist and philosopher Pliny the Elder. Centuries later, Venetian merchants were buying Corinthian raisins from the Ionian islands. Owing to their nutritional properties, compact size, and their resistance to spoiling, Corinthian raisins were allegedly given to both Hannibal’s troops to fortify them for crossing the Alps, and to Christopher Columbus’  transatlantic shipboard crews. In the 19th Century, England purchased much of the total exports, as Corinthian raisins were an essential ingredient in some of their traditional puddings. 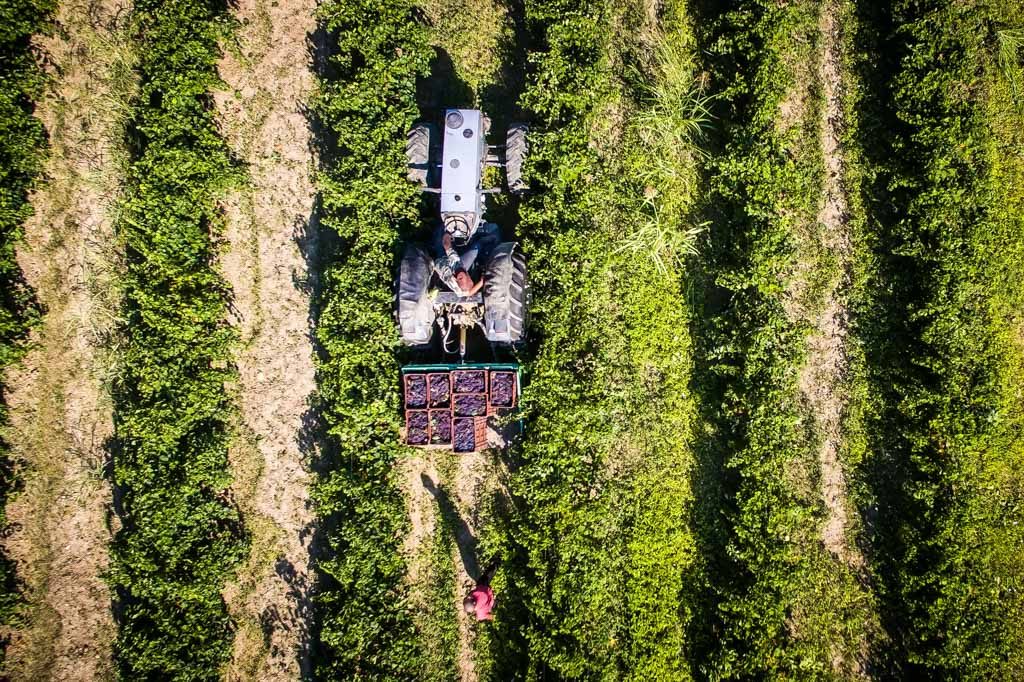 By the late 19th century, the Corinthian raisin was Greece’s number one export  (“as coffee is to Brazil” as is sometimes attributed to the statesman Xeophon Zolotas). Great fortunes were amassed through the production and export of Corinthian raisins. By the late 19th century, the industry was in crisis, due to regulations and conflicting interests of the parties involved. The collapse of the raisin industry lead to mass emigration from the chief raisin producing regions.

The Corinthian Raisin in Greece Today

The Independent Raisin Organization was founded in 1925 to protect the reviving industry. Of the varieties produced today, the “Vostizza” is the highest quality, with a unique flavor and aroma. The Vostizza variety earned a Protected Designation of Origin in 1993.

Health Benefits of the Corinthian Raisin

Much more than merely a delicious snack and ingredient, Corinthian raisins are surprisingly healthy. They offer a number of benefits through their impressive content of vitamins, minerals, micro-nutrients, and phytochemicals. 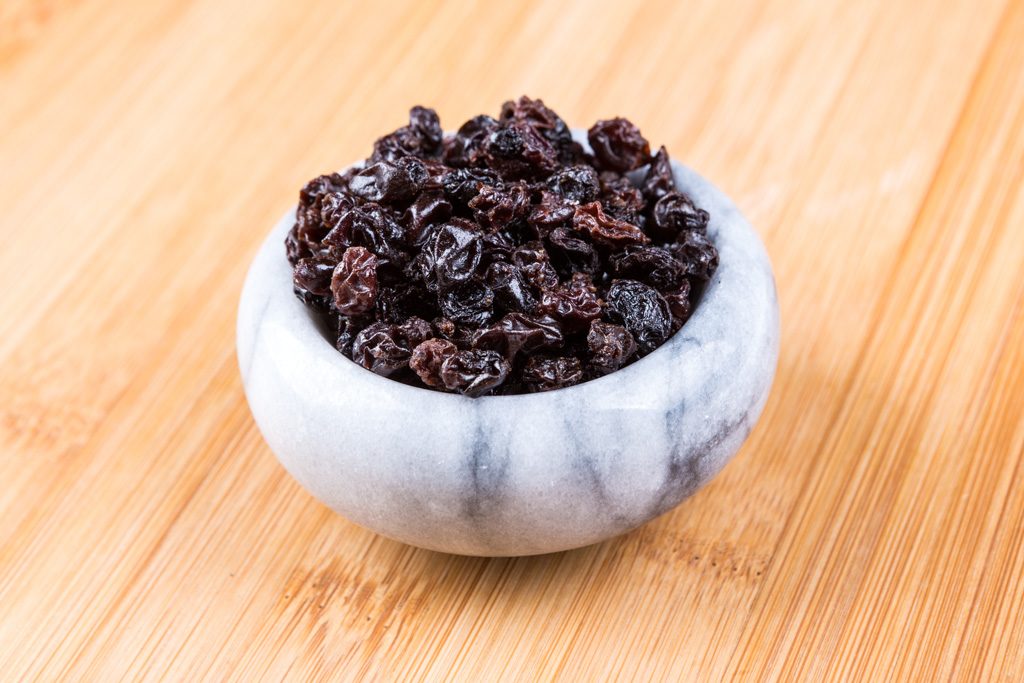 Corinthian raisins are a source of fiber, essential for healthy digestion. They also have digestion-friendly probiotics. Their antibacterial and antimicrobial properties make them good for promoting both digestive health and protecting the body from infection.

Lastly, they are a source of polyphenols. This phytochemical supplies antioxidants, is an anti-inflammatory, and promotes good digestion and weight management. Polyphenols can also help with cardiovascular and neurodegenerative diseases. Perhaps best of all, polyphenols are even associated with elevations in mood.

Rich in natural sugars, Corinthian raisins provide sweetness along with health benefits. They are an integral part of many excellent Greek dishes, both sweet and savory. 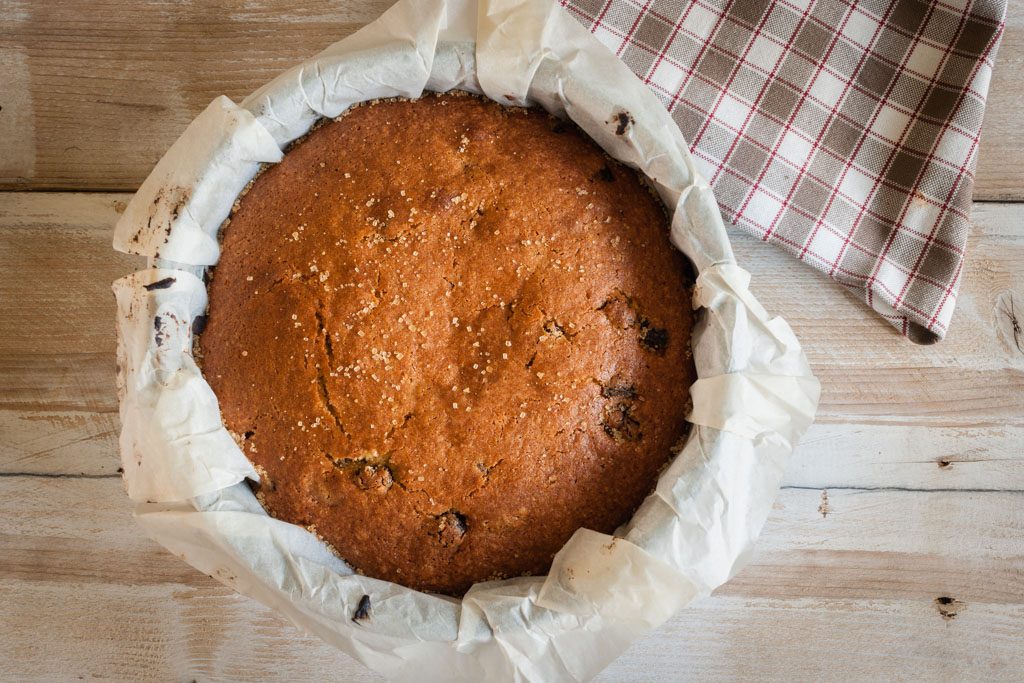 This delicious dense cake is made in honor of Agios Fanourios, whose feast day is in late August. The name of the Saint is related to the Greek verb “to appear” or to “be revealed”. Agios Fanourios’ help is sought to find lost objects, or to reveal something that is wished for – even perhaps a husband or a wife.

Many people commemorate the Saint’s name day by baking a Fanouropita and bringing it to the church, especially if they have recovered something that was lost thanks to his intervention. Corinthian raisins, walnuts, cinnamon, cloves, and orange give this cake its unique flavor.

Plain but so good, simple raisin rolls are an essential breakfast staple in Greece. You can buy them from bakeries and even from the “koulouri” (the sesame bread ring so popular for breakfast) vendor.

These hearty and satisfying biscuits from Crete are almost like small tarts. Corinthian raisins are steeped with orange and scented with cinnamon, then blended with walnuts to make a dense and satisfying filling for individually shaped cookies.

Another Cretan treat, this simple cake is dense with Corinthian raisins, which must help to soak up the astonishing amount of cognac the cake is doused with when it comes out of the oven. This rich cake keeps very well and is served in thin slices, not unlike an English holiday fruitcake.

Free of dairy and fat, raisins are suitable for religious fasts and were popular for sustenance during religious fasting periods during the Byzantine era. 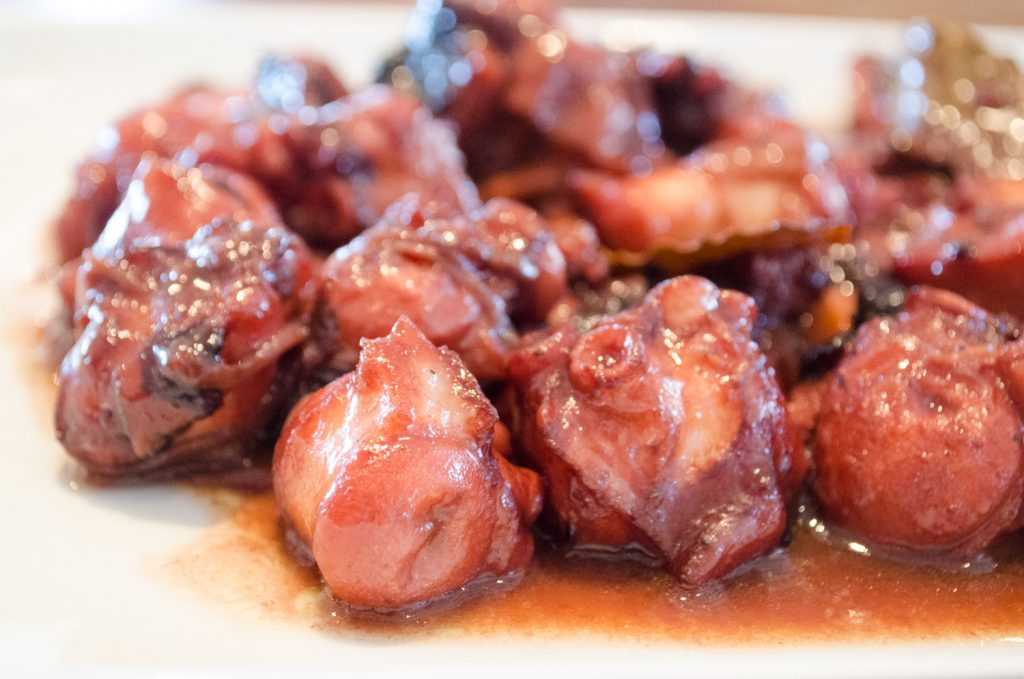 This is where Corinthian raisins truly shine. The balance between sweet and savory is both comforting and a little exotic in these Greek home-style dishes.

A popular salt cod dish in Kalamata in the Peloponnese, a sauce of onions, tomato paste, olive oil, and Corinthian raisins is used to sauce fillets of salt cod in a dish that recalls the exotic fish and raisin dishes of Sicily.

Rabbit with Corinthian Raisins and Capers

Rabbit is often cooked with wine in a “stifado” – a stew sweet with tender pearl onions. Many popular recipes tweak that same sweet/savory balance with the addition of both Corinthian raisins for their sweetness and capers for a salty, tangy counterpoint.

The same philosophy of marrying the sweet with the savory gets the added tang of balsamic vinegar in this elegant octopus preparation.

With their subtle aroma and pleasing texture, Corinthian raisins can enhance any dish either sweet or savory. Incorporated into a chia pudding or overnight oats, they serve as a sugar substitute while giving your breakfast a nutrition boost. They are a wonderful addition to green salads, balancing the tang of vinegar and adding a welcome toothsome texture. In savory entrees with meats or seafoods, they are a particularly harmonious pairing with wine, tomato, and a bay leaf, and they add an unexpected note of the exotic.

Have you ever used Corinthian raisins in your cooking?