There’s no time like autumn and winter to visit Northern Greece. In the cooler seasons, these mountainous and lush regions are at their very best, with their brilliant golden and red foliage in fall and romantic dusting of snow in winter. The rustic, elegant cuisine – so rich in dishes of wild game, foraged mushrooms, and other regional delights -suits brisk temperatures. Delicious local PDO wines accompany the dishes. Monasteries and wonderful Byzantine churches, plus a proud tradition of local long-established industry, offer meaningful experiences to connect with the area for a more personal experience of Greece.

Another advantage of Western Macedonia is that these regions are somewhat less visited than the islands, or the Peloponnese, for example. Tourism is geared towards Greek tourists, further guaranteeing an absolutely authentic experience of Greece.

Here are some of our favorite destinations in this beautiful area.

Veria – the Heartland of Northern Macedonia

Rich in history since the era of the Ancient Kingdom of Macedonia, this is the heartland of Northern Greece. Veria is a charming town on a plateau rising sharply above some of Greece’s most fertile orchards. Peaches are virtually synonymous with Veria, as the fattest and most fragrant grow in these plains. 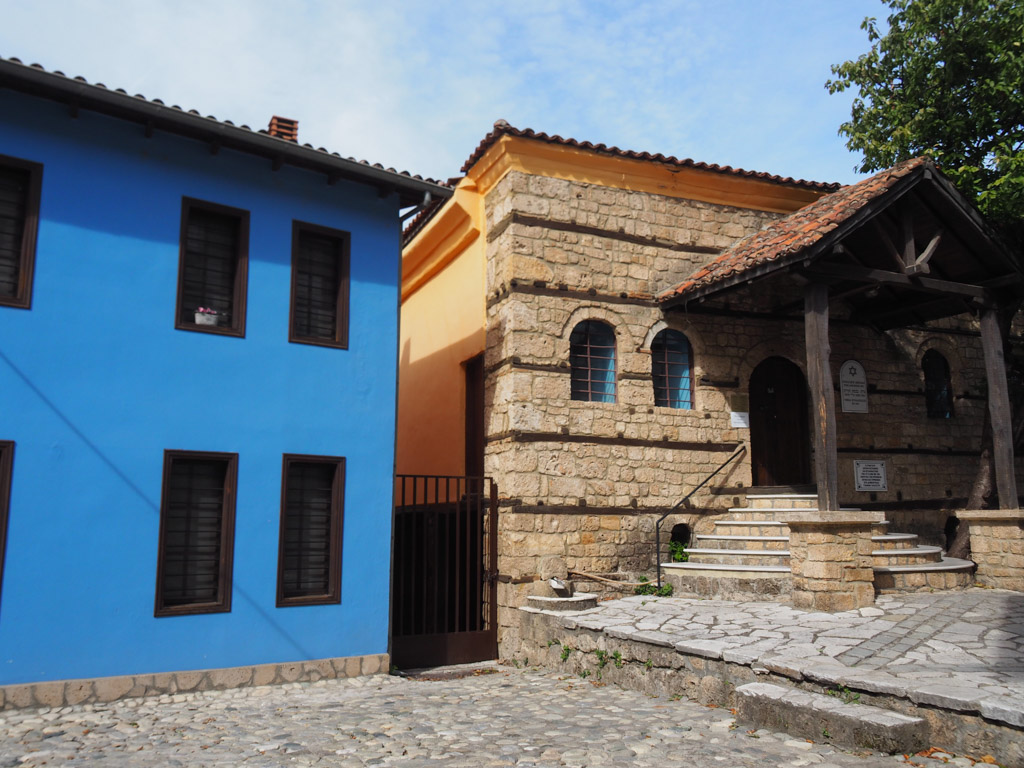 Veria is famous for its Byzantine heritage, earning it the nickname “Little Jerusalem” on account of its many churches (some also call it “Little Mt. Athos,” for the same reason). During the Byzantine era, Veria was the third most important city in the empire, after Thessaloniki (second) and Constantinople itself. This relatively small city has an impressive density of Byzantine churches – nearly 50 of them.

And speaking of Jerusalem, this was also an important city for the Jewish faith, with a Jewish history extending to at least the first century- which we know from the fact that Paul preached here around AD 50 (Acts of the Apostles). Their quarter was called “Barbouta” a picturesque neighborhood of stone buildings and winding alleys, with a Synagogue at its heart. Sadly, there is no longer a Jewish population here, after the deportations of WWII. 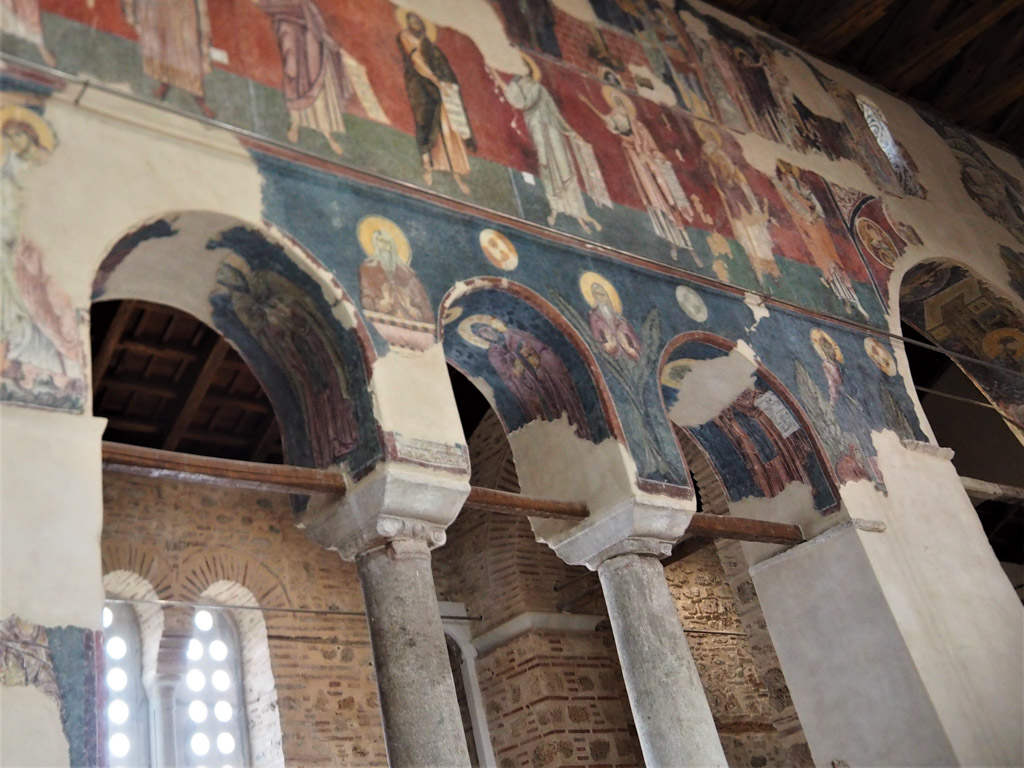 The ancient past of the region lives on in one of Greece’s most glorious archaeological sites/museums. The innovative Museum of Ancient Vergina is built under a mound, with the tomb of Philip II (father of Alexander the Great)  and other tombs of the Royal Family of Ancient Macedonia are here in situ. This is an essential destination for lovers of history and culture, and indeed anyone, as the exhibits themselves are unparalleled in beauty – the finds include those wreaths of delicate leaves made of gold, and figurines of exquisite detail.

One of the loveliest of the historic towns of Northern Greece, Naoussa is nestled in the foothills of the grand Vermion mountain range, natural beauty abounds, and skiers will enjoy the snowy slopes of 3-5 Pigadia. 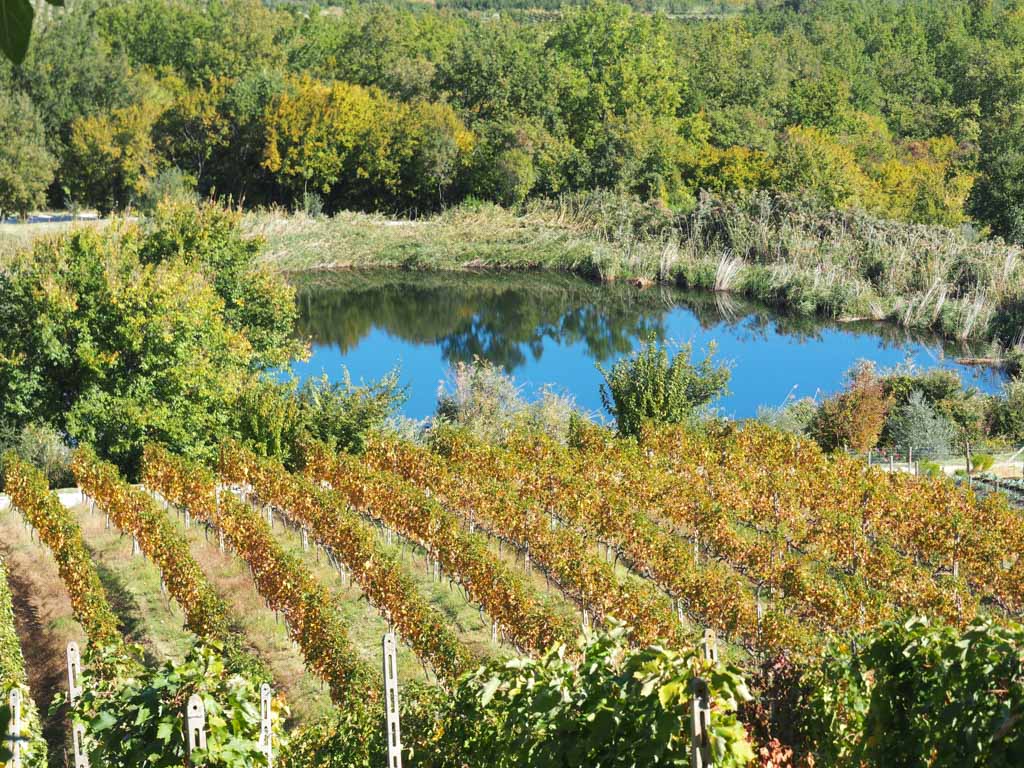 The abundant water of the Arapitsa river powered one of the finest mills of the region, and the town prospered thanks to silk farming. Magnificent historic mansions speak of the town’s prosperity, and beautiful industrial buildings are now being repurposed as cultural centers. Charm abounds amid the cobbled streets with lovely stone architecture. 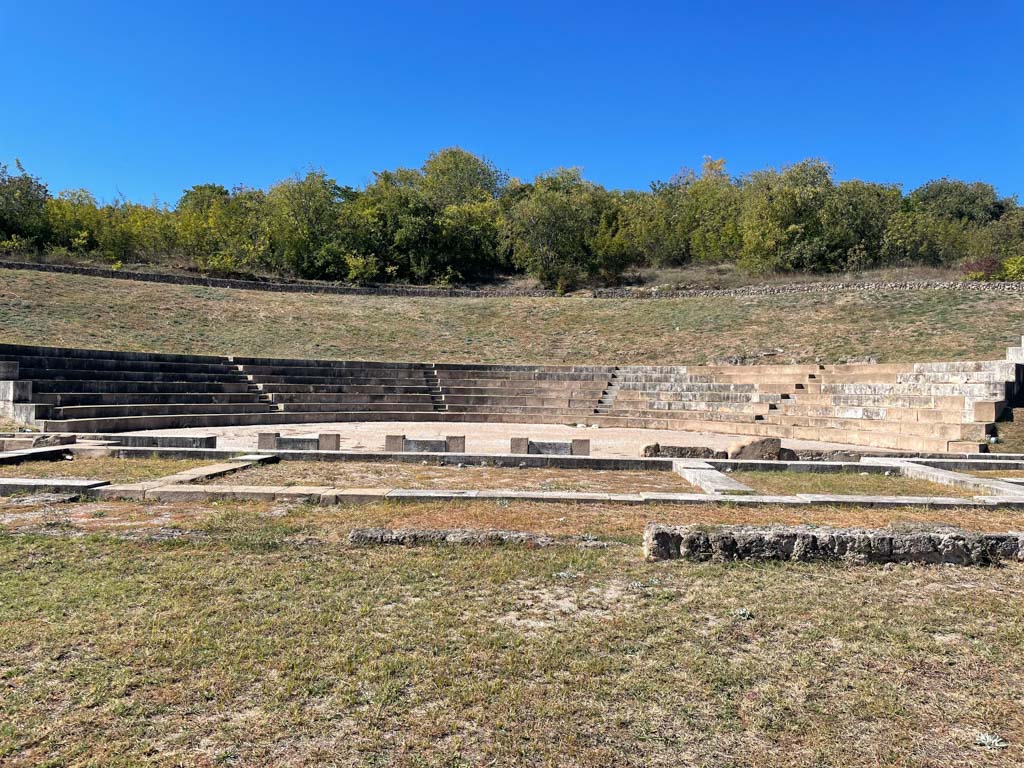 As with Veria, the region is steeped in ancient history. A visit to the archaeological site of Mieza reveals the ancient prosperity and importance of the region. Here, we see a number of impressive tombs of the Hellenistic era, such as the “Tomb of Judgement,” “The Tomb of the Palmettes,” and the Tomb of Lysson and Kallikles, as well as the ancient theater.

For Greek oenophiles, Naoussa is a prime weekend destination. The region is famous for its PDO wines of the complex and delicious Xinomavro. A wine route takes one through the vineyards and villages of this fabulous wine making region, with nearly 20 wineries in operation. A day of tastings in stunning settings brings one closer still to the very soil itself.

Naturally, where there is good wine, there is inspired cuisine to accompany it. Honest regional specialties with the finest local ingredients are a treat to the hiker, the skier, and the gourmet equally.

Edessa, With The Queen of All Waterfalls

Rising sharply above the plains, few towns are as dramatically located as Edessa. Adding to the natural drama is the spectacular Karanos waterfall, Greece’s largest at 70 meters in height. The freshness of the air is intoxicating. The waterfall powered a great hemp mill, which now is not in use, but happily has all of the original machinery in a romantic industrial space that feels rather more like an art installation than a ruin. It is reached by a glass elevator descending the cliff face – a delightful experience in itself. 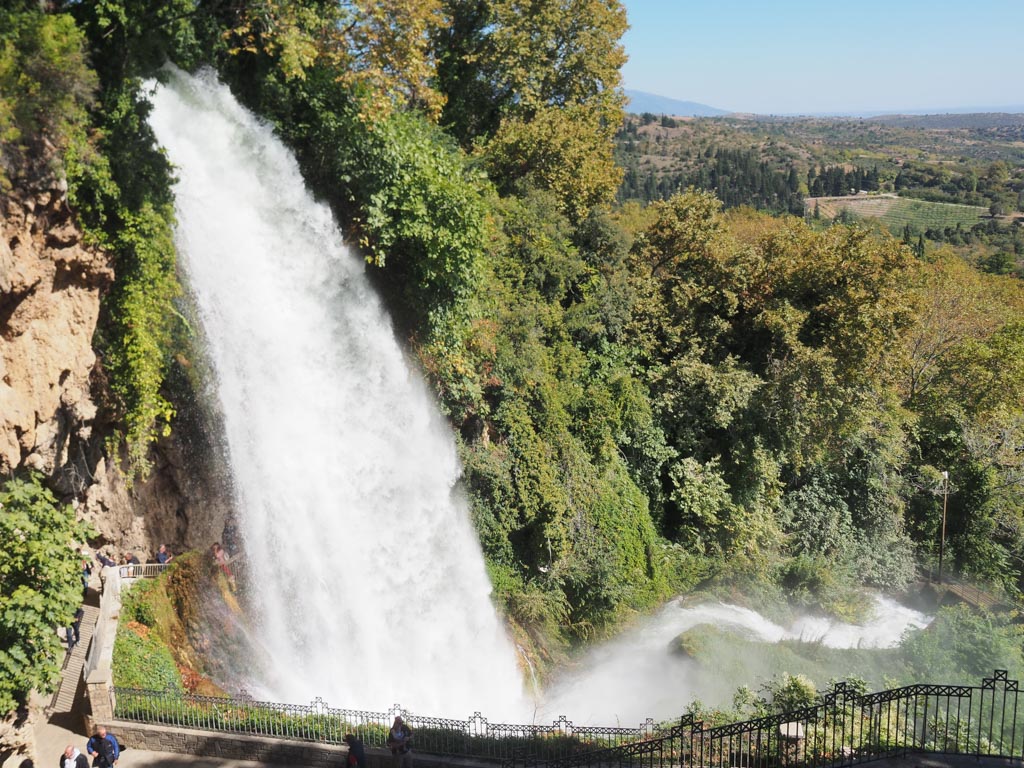 For more atmosphere, one can wander in the lovely Varosi quarter. With its dramatic location at the cliff’s edge, enchanting examples of vernacular stone architecture now serve as boutique accommodations and cafes. The heart of the quarter is the magnificent 14th century Byzantine church of the Assumption of the Virgin Mary. With its exquisite frescos, it is a prime example of the Paleologian Renaissance style, and it can often be contemplated in peace as it has few visitors. 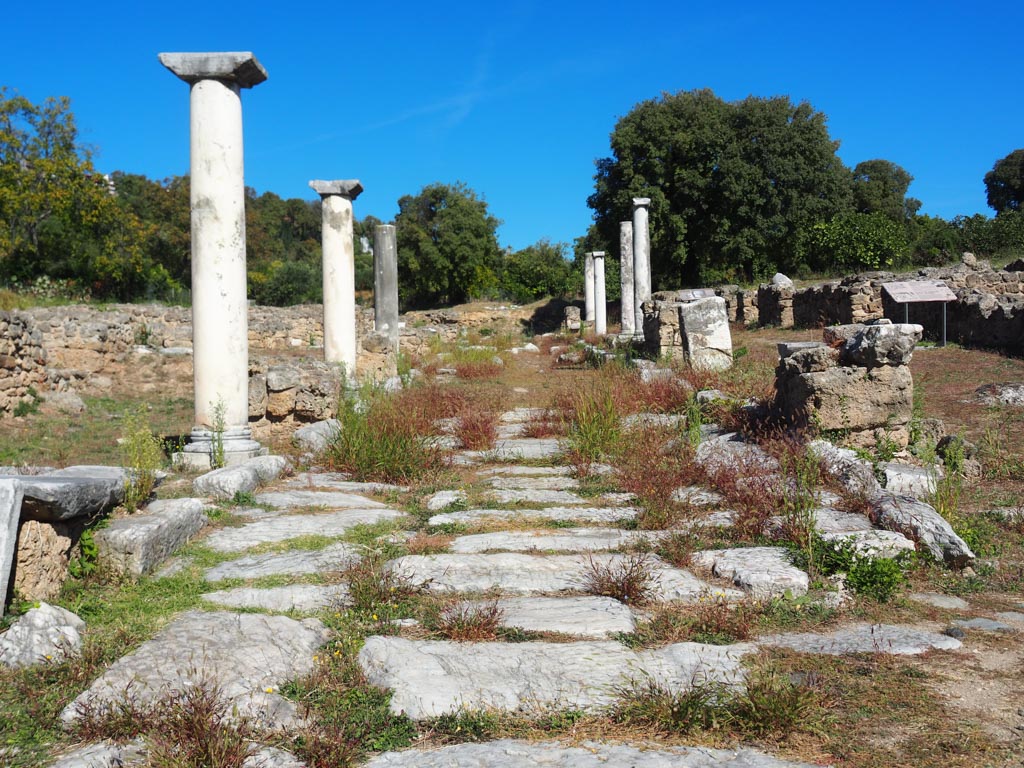 Edessa is also rich in ancient Macedonian history. At the eastern edge of town is the excavation of the ancient city of Longos, thriving in the 4th and 3rd centuries BC and flourishing throughout the Roman era, thanks to its strategic position on the famous Via Egnatia, which linked ancient Dyrrachium (today’s Durres), on the Adriatic, with Byzantium.

Greece is so much more than its spectacular beaches and the pleasures of summer. Have you ever enjoyed a holiday in the cooler months, taking in the lush countryside and mountains, enjoying history, hiking, and excellent dining?