Desert Islands with a Story to Tell

Of the literally thousands of islands that dot the seas of Greece, just over 200 are inhabited today. But many of the uninhabited islands and islets that enchant visitors have fascinating stories to tell. Here are some of our favorites – all near wonderful destinations, they add a fantastic and unexpected dimension to an exploration of Greece.

It’s easy to imagine how the Byzantine monks chose this spot to build a monastery in the 13th century. Serene seas surround it now, but when the monastery was built the seas were filled with pirates, which is why the monastery was so impressively fortified. The monastery is extremely important to the local population, for one of the monks who lived here in the 16th century was to become St. Dionysus, the patron saint of Zakynthos.

The monastery thrived once, but by the later part of the 20th century there was but one monk, whose story is beautifully captured in the words and images of the famous photographer Robert McCabe and the journalist Katerina Lymperopoulou in the book The Last Monk – Father Gregory, who tells the story of the monastery.

The Strofades are in fact two islands – the larger of the two is Stamfani, where the monastery is located. The smaller is Arpia. On a visit, one feels the spirituality of the place. It’s easy to imagine its former life as a busy community of monks, especially as one wanders among the fruit trees remaining from its once prosperous orchard. 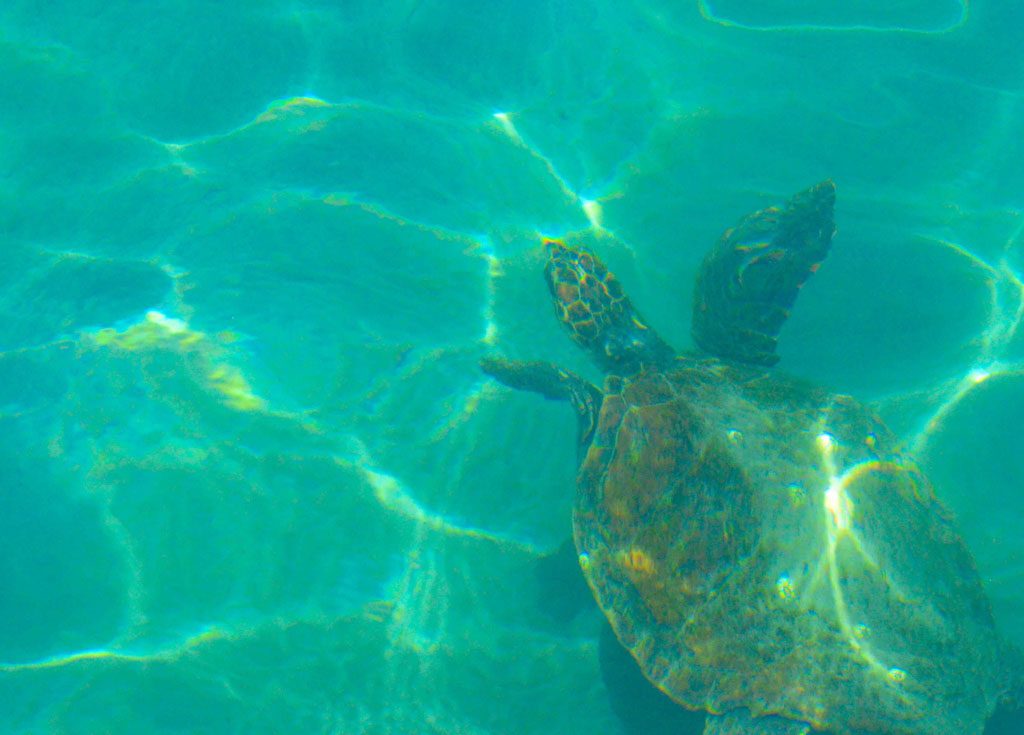 The Strofades make a wonderful addition to a trip to Zakynthos and the Western Peloponnese. This is a magnificent region of Greece, full of history and natural beauty. Those interested in wildlife will be particularly pleased, as Zakynthos is a haven for the caretta caretta sea turtle. And the Strofades are a popular stop off for many species of migratory birds as they make their way to Africa and back each year.

The small island of Sapientza rises from extraordinary seas. Who knew this peaceful area of the Mediterranean held such depths? The jewel-toned seas of the Calypso Deep descend over 5 kilometers to the sea floor. The Calypso Deep, located in the Hellenic Trench, is the deepest point of the Mediterranean – its precise depth – established only in 1965 – has been recently confirmed, on an expedition of 2020 by Prince Albert of Monaco and Victor Vescovo, who reached an astonishing depth of 5,109 meters (16,761).

This astonishing phenomenon is actually quite close to land – just over 62 kilometers from Pylos, in the Peloponnese. More specifically, it’s just southwest of Sapientza island, opposite Methoni. The tiny island of just 9 square kilometers, which takes its name from the Italian word for wisdom, is itself a wonder – rocky and steep, with the only arbutus trees (reaching some 10 meters in height) of the Mediterranean. This earns it a place in the Natura 2000 network.

Both this area of Greece, and the Calypso Deep itself, are full of history and secrets.

Sapientza was in the major trade route, and fascinating shipwrecks abound, including the ancient Shipwreck of the Granite Columns, and the Shipwreck of the Roman Sarcophagi – both of tremendous importance to archaeologists. 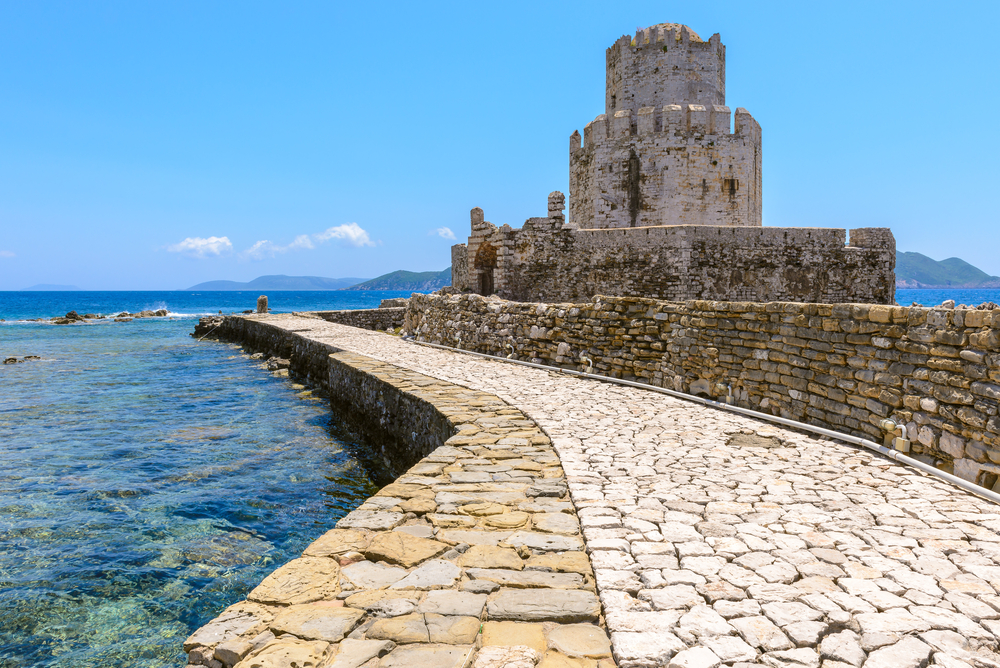 The region itself is also storied. Sapientza itself gives its name to a famous treaty, of 1209, in which Methoni and Koroni remained in the hands of the Republic of Venice. You’ll see the Venetian touch in Methoni and Koroni – two of Greece’s most fabulous castle towns, rich in culture and history. Nearby Kalamata makes another wonderful destination for culture and beauty. It’s a particularly fine destination during their superb  International Dance Festival. 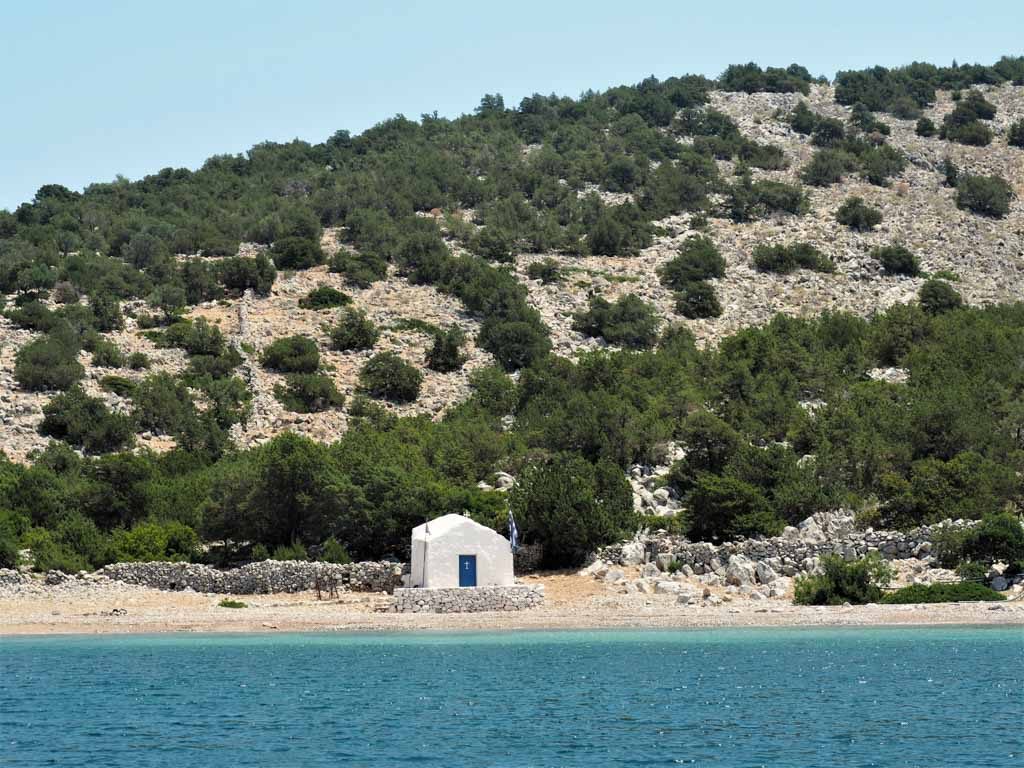 Tiny Dokos island is full of drama and majesty. Less than 14 square kilometers in size, this mountainous island has a peak of 308 meters. There is a magnificent lighthouse, 9 meters high. Although now very quiet, Dokos island – once called Aperopia – was a thriving port in the ancient world. Because of this, the island is rich in archaeological findings. Its dramatic topography – giving it a strategic vantage point from which to monitor the surrounding seas – gave it a prominence that continued into the Byzantine era, as the ruins of the castle show. But even older findings were discovered in the seas off of Dokos island. The world’s oldest shipwreck,  dating from 2700 to 2100 BC, was explored in 1975. Findings such as vases are now in the museum of nearby Spetses. 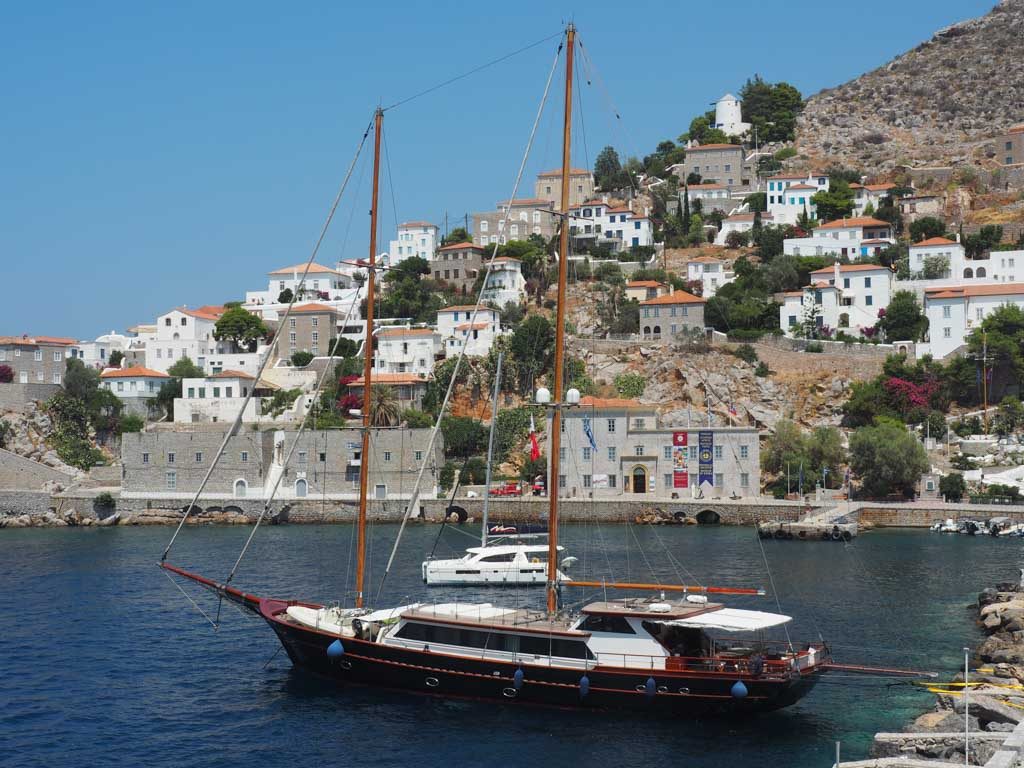 Dokos is easily reached by water taxi from beautiful Hydra, and makes a fascinating side trip. After taking in the vibrant international arts scene of lovely Hydra, a hike in the pristine nature followed by a swim on a deserted beach in Dokos is just the thing. Its gorgeous waters are also a popular yachting stop.

Wild and remote Armathia is at the western edge of the Dodecanese Islands, a short hop from Karpathos and Kasos. This tiny island – less than 3 square kilometers in size – is now a paradise for anyone seeking utter solitude in a magnificent natural setting. 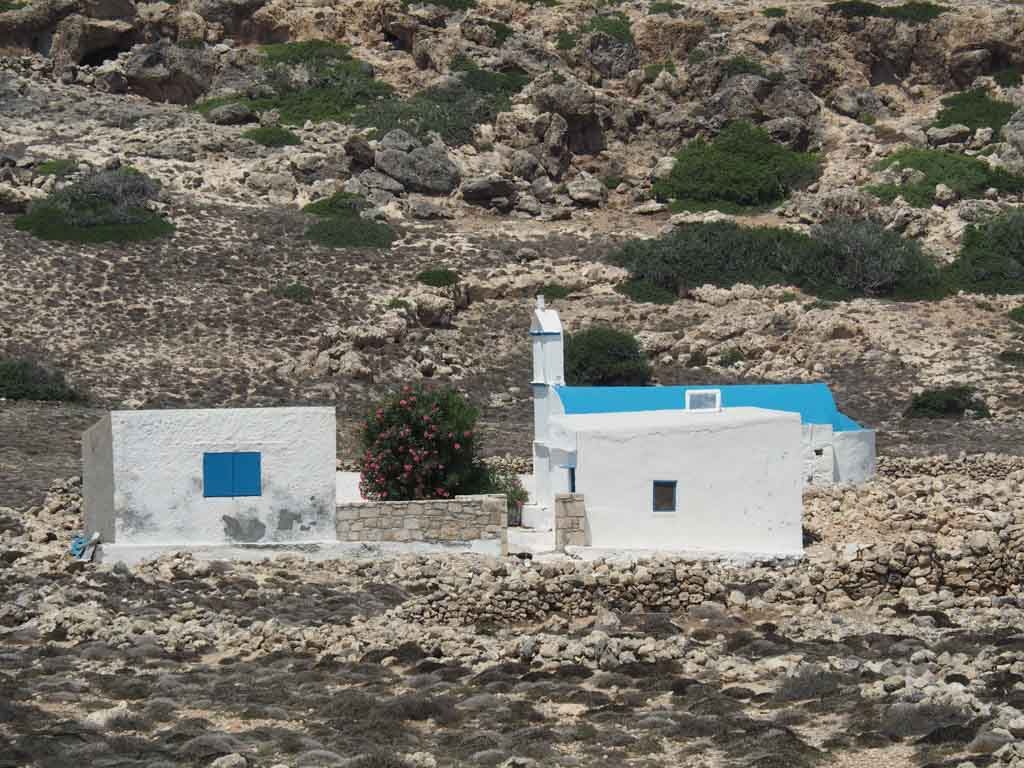 An observatory has recently been constructed for lovers of wildlife. Though uninhabited now, there was once a large population on the island – over 100. This was owing to the gypsum mine. Today the rich deposits of gypsum – plaster – are responsible for the dazzling white sands and the vivid jewel tones that the white sea floor gives to the clear waters. One of the finest beaches of the Dodecanese, or indeed anywhere, is Armathia’s spectacular beach Marmara.

Kasos is a wonderful place to explore. One of the lesser-known of the Dodecanese, it is an unspoiled gem of an island. Mountainous windswept terrain give it a noble beauty, with churches gracing its most remote peaks. Excellent beaches are another attraction, but the true beauty here is in the authentic culture of the island and the warmth of the people.

Have you heard of any of these desert islands of Greece?