The Stories Behind the Names of Some of Our Favorite Places

This favorite of all the Greek Island groups, containing the glamorous, world-famous stars like Mykonos and Santorini, the cultured Syros, and the quieter enchantments like Kimolos and Andros, their name suggests “cycle.” “Kyklos’ ‘in Greek is in fact both a cycle, and a circle, which is what this chain of islands forms – a circle. This magical group actually encircles a central island – the sacred island of Delos, now one of the most significant archaeological sites in the world, and an absolute must-visit when in Mykonos – it is easily reached by a short boat ride. 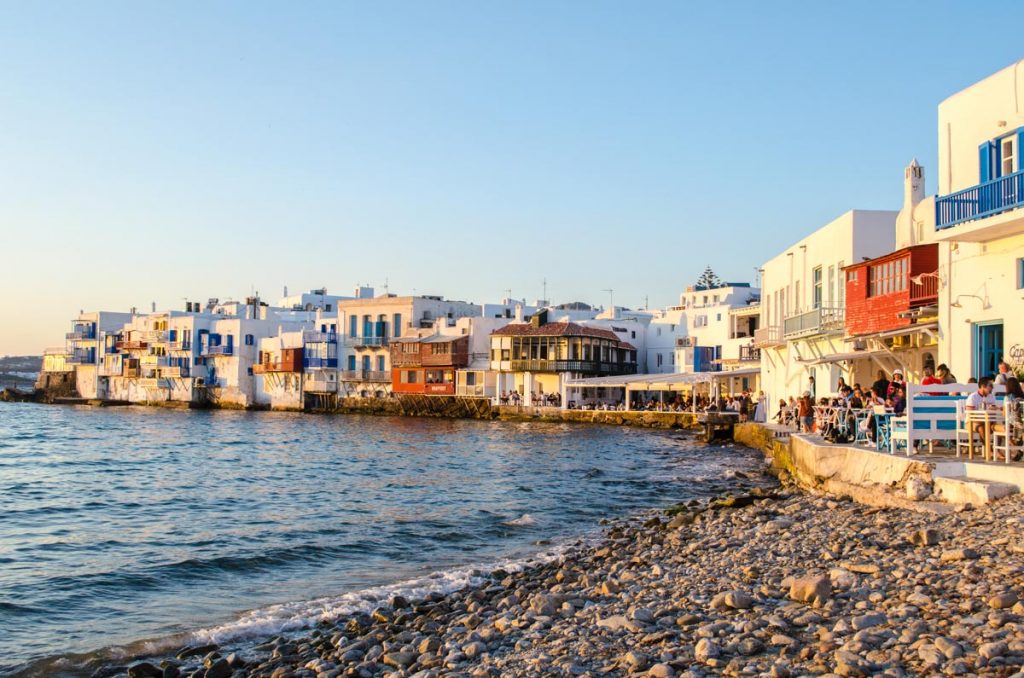 Other key experiences in the Cyclades run the gamut from the wild to the civilized, in every sense. In the Cyclades, wild can mean taking a boat trip around the uninhabited treasure of Polyaigos – a gem of an island right next to quiet and dignified Kimolos. Or “wild” can also mean a famous Mykonos night in the town or a beach party into the late hours. For civilized pleasures, how about a wine tasting to bring you closer to the rare viticulture of Santorini, where the Assyrtiko grape thrives in the mineral-rich soils? While you’re there, the sunset over the Caldera is an experience of a lifetime. 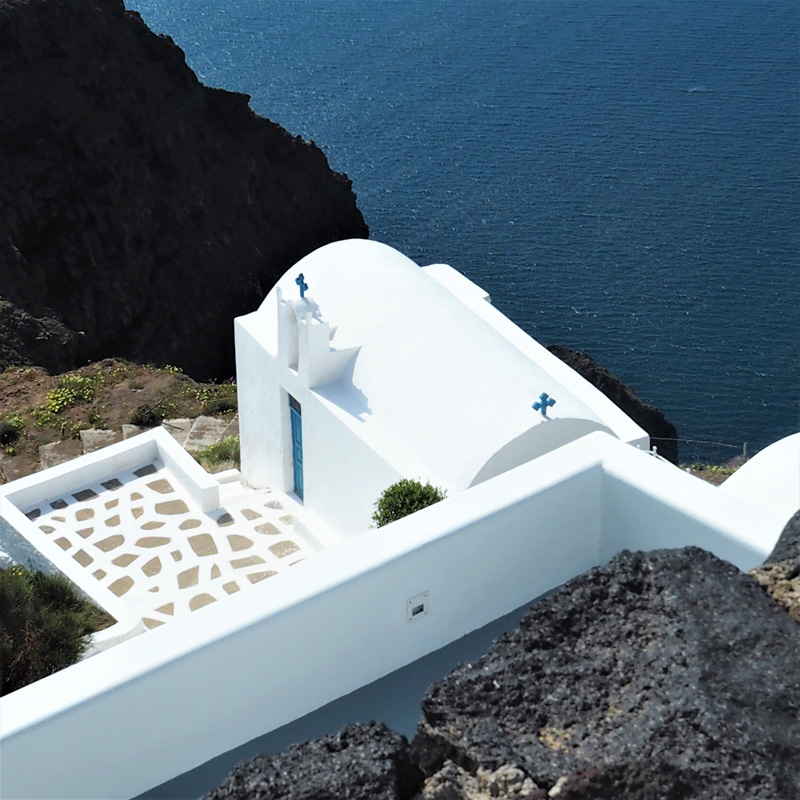 So you enjoy the opera? Then a performance at the historic Apollo Theater of Syros will be a treasured event. This masterpiece of 1862 is likened to a miniature La Scala, and is right at home among the neoclassical refinement of Ermoupolis, the capital of Syros. 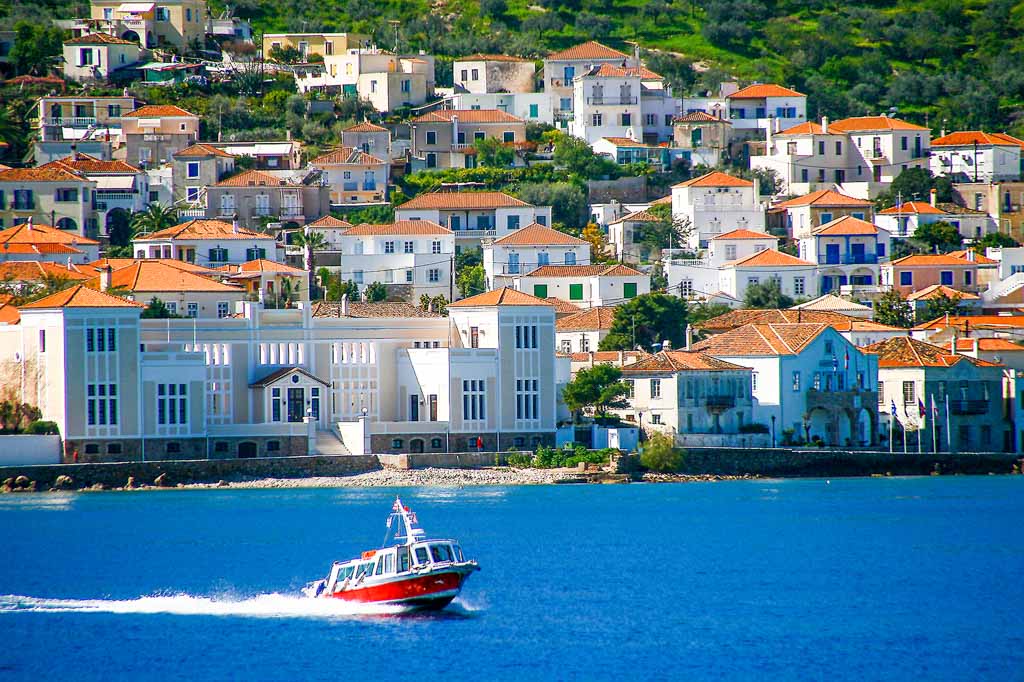 Beautiful and noble Spetses, Queen of the Saronic Gulf, is truly one of the elite among the many Greek Islands. It takes its name from Italian – originally, this was the “Isola di Spezia.” ‘Spezia ” technically is spices, but it conjured here the exotic fragrance of the island for the Italians, who were enchanted with the scents of the many flowers growing here in abundance. The fragrant island continues to enchant us. Today Spetses is famous for several things. One is the little coves and the pristine beaches on them, best discovered by boat and water taxi. The main town is known for its elegant shopping and dining. And you’ll enjoy it in a car-free serenity – bicycles and horse-drawn carriages are the vehicles of choice. Not least is the role of Spetses in Greek history – this was a very important island in the war of independence, the home of the great heroine Bouboulina. The Armata celebrates a great naval battle in style. 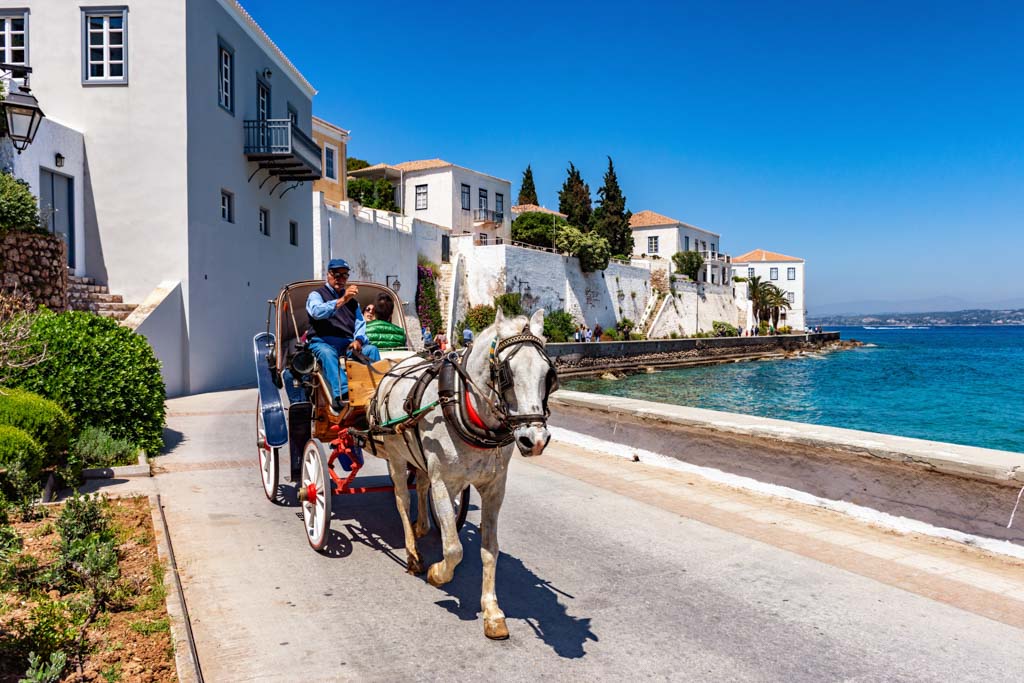 The name of Folegandros is rooted deep in Mythology. Fans of archaeology and mythology know of the Minoans, an advanced Bronze Age culture that flourished in Crete long before the Parthenon was built. Minos was their mythical king – a son of Zeus and Europa. And Folegandros was one of his sons. Ancient coins found on the island bear the image of Folegandros, and it’s said this was a refuge for those banished from Crete. 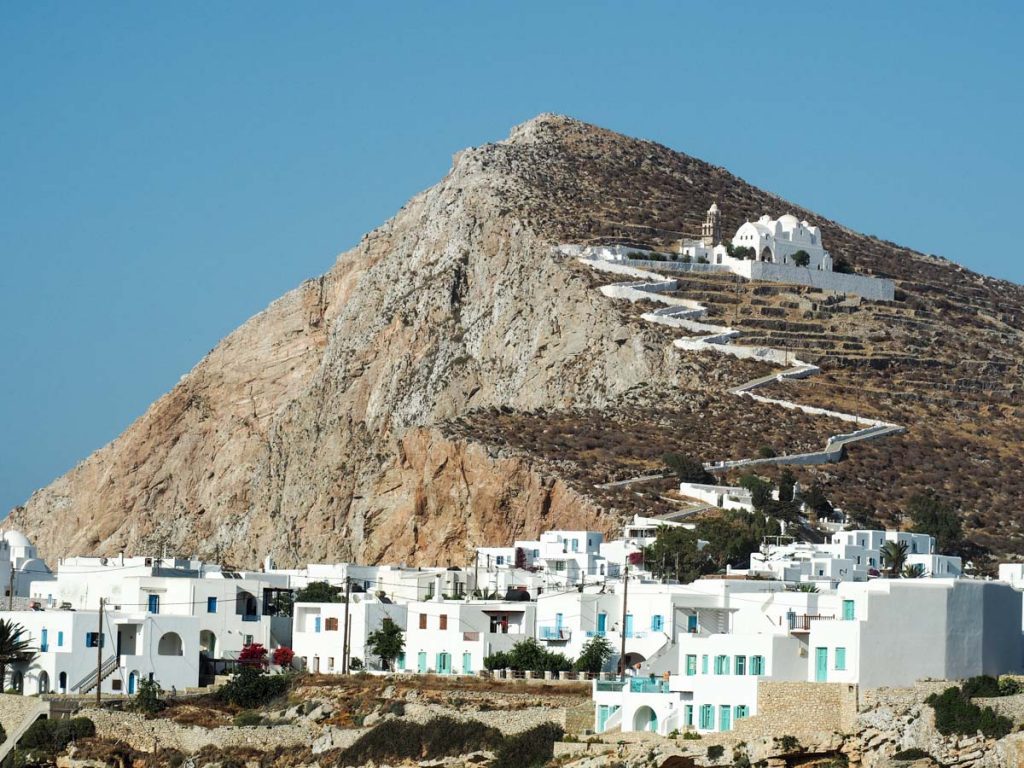 This Cycladic beauty is known for being serene and wild, a perfect place for nature lovers. The hiking is superb, along the network of Kalderimia – donkey paths – that connect the settlements and fields. The diving is also wonderful here. 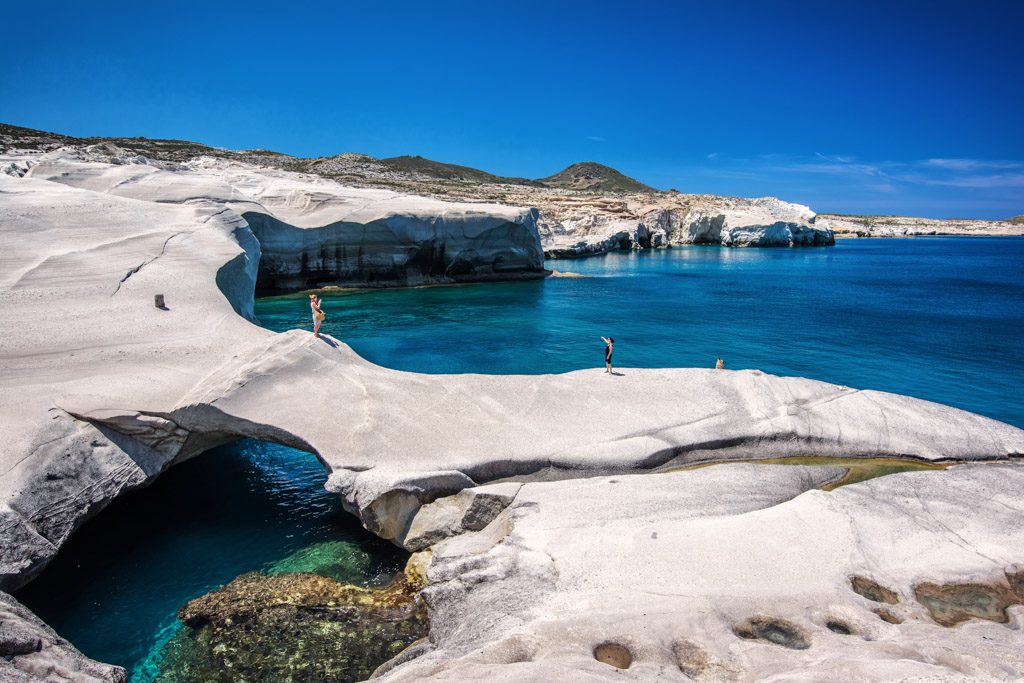 Milo means “apple” in Greek. But the name of this gorgeous island comes from not just any apple, but rather one of the most famous apples in mythology – the one given to Aphrodite by Paris when he had to choose the loveliest (Athena and Hera were the other contestants). Aphroditi (Venus) has a strong association with the island, underscored by one of the most famous sculptures of the ancient world, the Venus di Milo, discovered here in 1820. 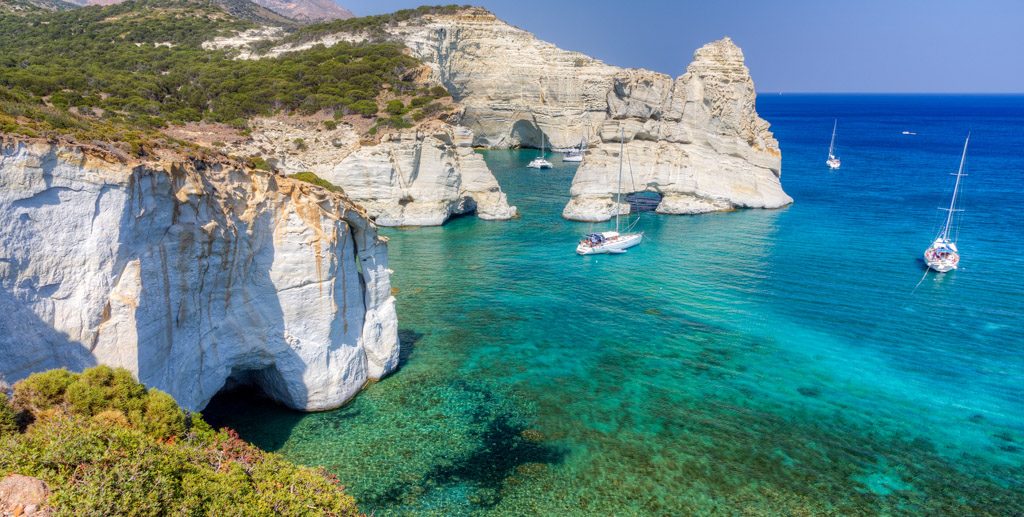 Today, Milos is most famous for beaches. The island has a most extraordinary landscape, shaped once by its volcano, and the beaches are so lovely and strange they look otherworldly, like Sarakiniko and Kleftiko. The ruins of old mines add to the mystery of the island. 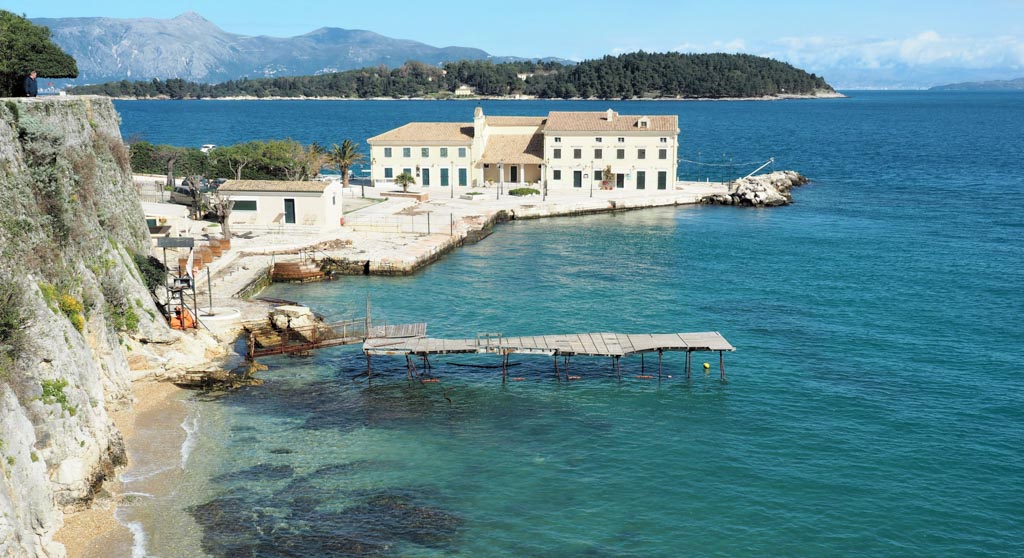 The Greek name of this Ionian gem of an island – known also as Corfu – comes originally from “Korkyra.” It makes sense that such a lush green island would have the name of a water nymph, for that is who Korkyra was- a water nymph who caught the eye of Poseidon, who brought her here and named the island after her. The Italian name Corfu, incidentally, also has a story – it comes from “Koryphai” – the Byzantine Greek word for “peaks,” -the peaks of Palaio Frourio. 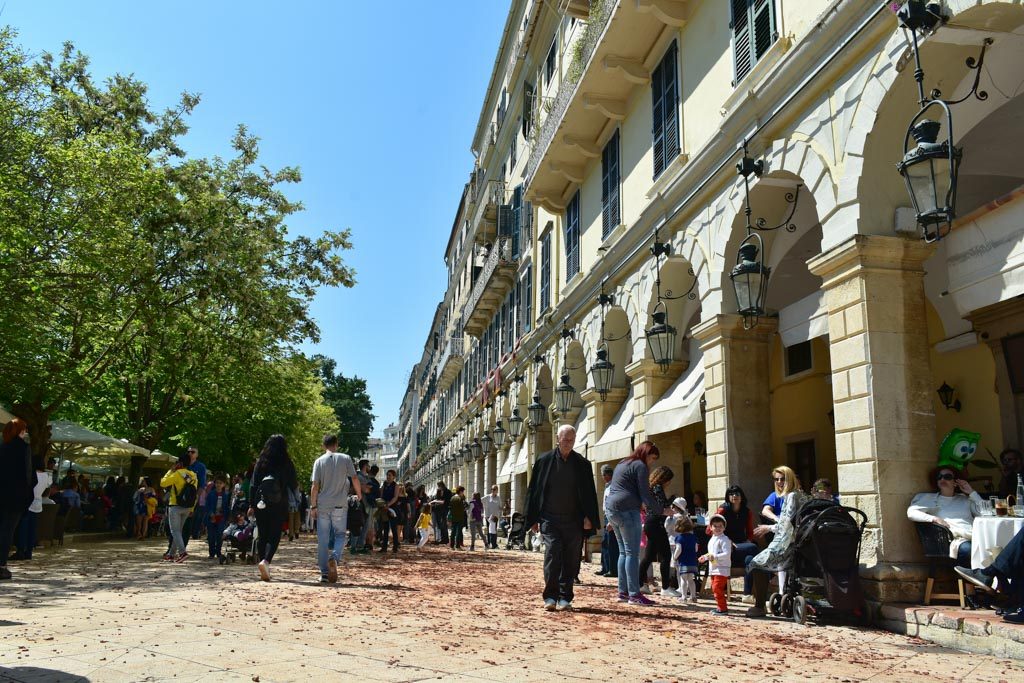 Kerkyra offers a wonderful combination of pristine beaches and little coves, and cosmopolitan charm. Elegant Kerkyra town takes its atmosphere from the Venetians – it belonged to the Republic of Venice from the end of the 14th through the end of the 18th centuries. Highlights include the Palace of St. Michael and St. George, the Achillion Palace, and the Liston – the famous pedestrian street reminiscent of the Rue du Rivoli. 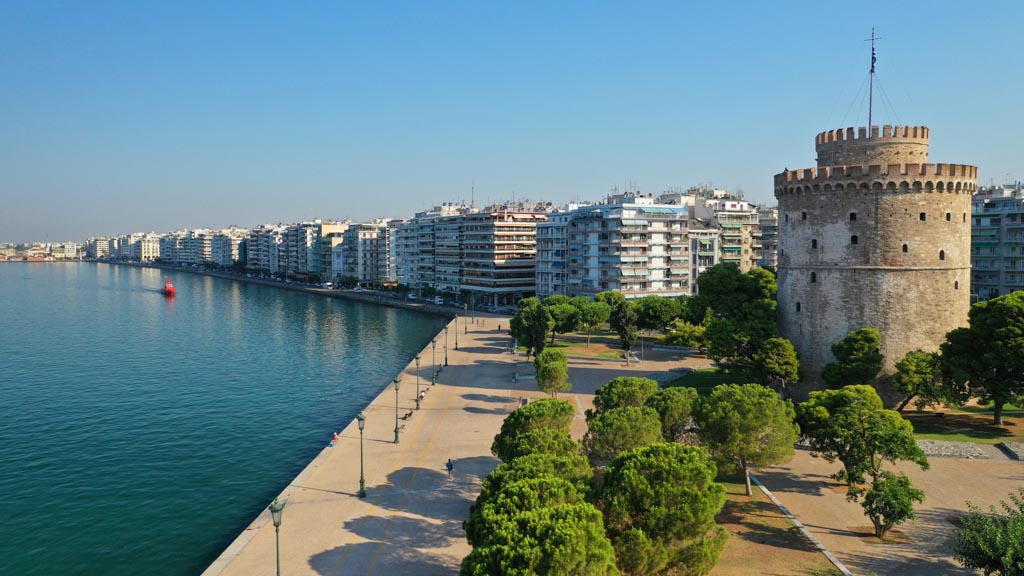 This wonderful city in northern Greece, the second largest city in the nation, takes its name from the wife of its founder, Cassander. Thessaloniki herself was named after a great victory – “Niki” means victory, and her name commemorates the Macedonian victory of Thessaly. Thessaloniki was the half sister of Alexander the Great. 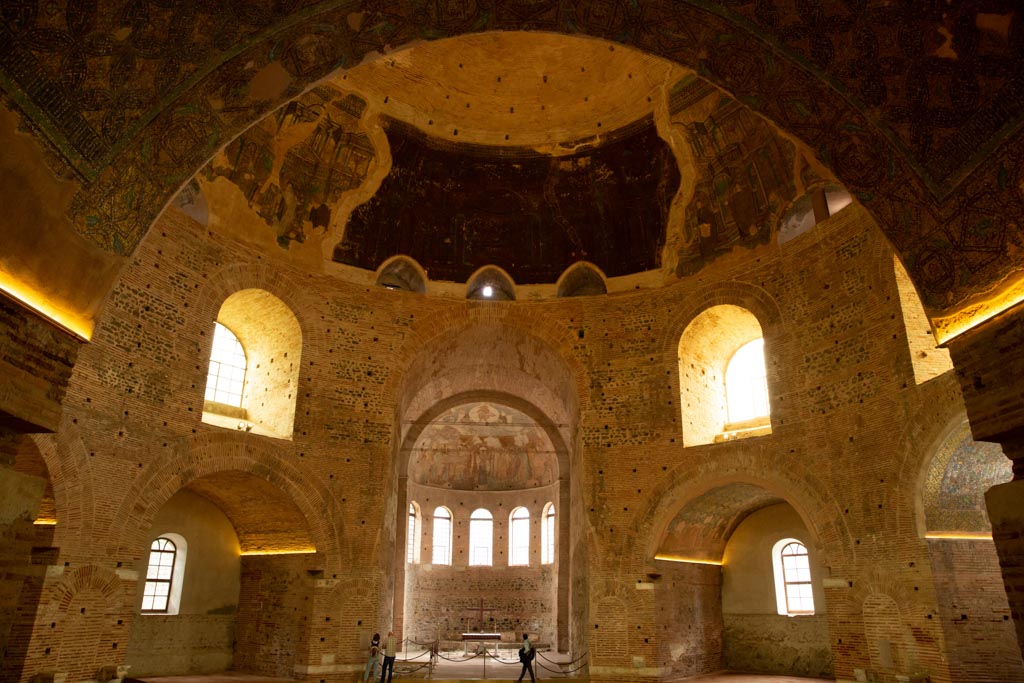 Few cities in Europe can boast a coastline as lovely and long as Thessaloniki’s – the city hugs the shores of the Bay of Thermaikos and there is a magnificent waterfront promenade. The multicultural history of the city is revealed in its splendid monument, from the Roman era, through Byzantine times (there are 15 UNESCO world heritage monuments from the Byzantine Era), the Ottoman times, and even the glamorous pre-war years. For a dose of contemporary culture, don’t miss the International Film Festival each fall, a wonderful time to visit. 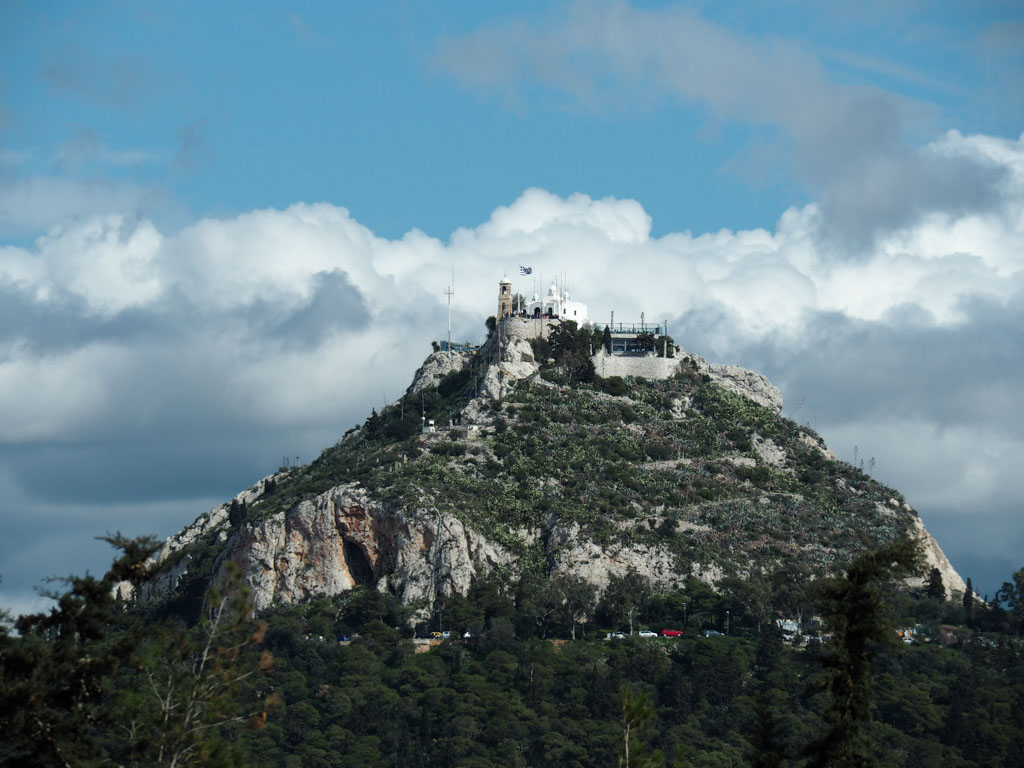 Last but never least, the jewel of Greece and indeed of Europe is the glamorous capital city of Athens. How did it get its name? Well, it could have been named Poseidon, if the god of the sea had won that long ago contest as to who could be the patron of the city. Legend tells us that Poseidon struck his trident and brought forth a spring symbolizing naval power. But Athena conjured an olive tree – a symbol of prosperity and peace. In fact, the very sacred tree was said to flourish into the era of Pausanias – the 2nd C AD. Of course, its location was beside the Parthenon. 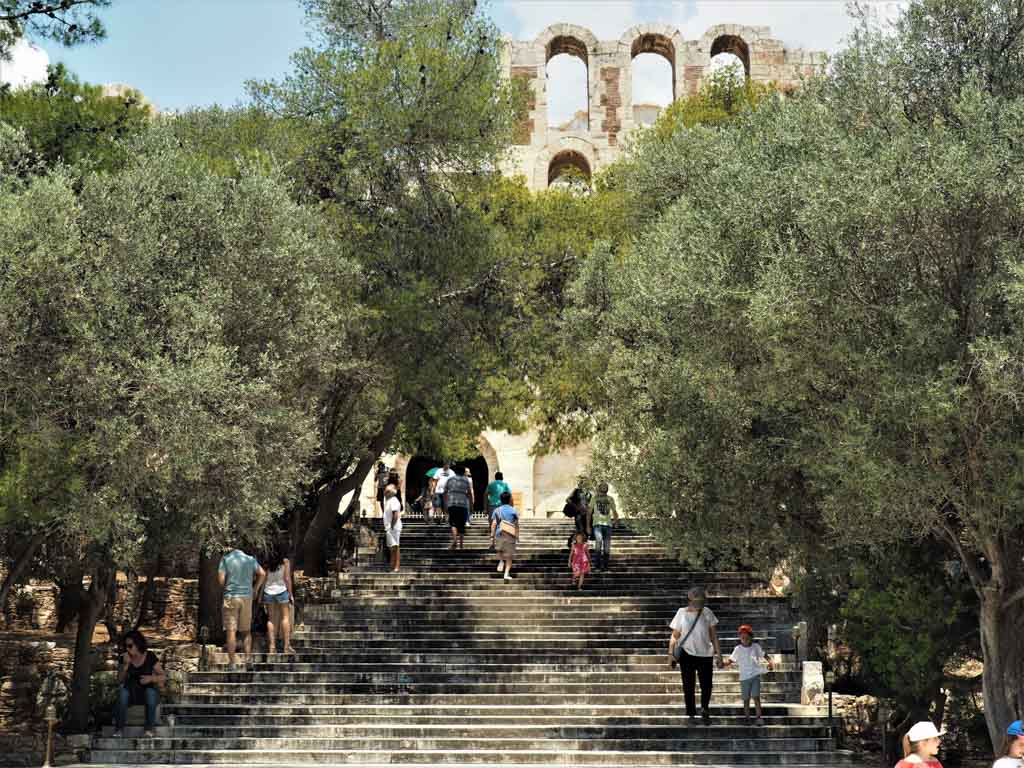 The best things to do in Athens? The Parthenon is a wonderful place to start – nothing can quite prepare one to the first time on this sacred spot. But culture of all eras flourishes in Athens. The collections range from the Acropolis Museum, the Cycladic Museum, the National Archaeological Museum, and continue boldly into the present era. The Goulandris is one of the most exciting new museum openings, with magnificent works of the 19th and 20th centuries. And contemporary art flourishes here too, at the EMST. A night at the opera at the Herodes Atticus Theatre at the base of the Acropolis can be magical. And of course there is always the pleasure of getting lost in the charms of her winding alleys – perhaps the romance of the Plaka by night, or the antiquities and flea markets of Monastiraki by day.