We are all familiar with UNESCO world heritage sites. Visitors to Greece will be fortunate to see many monuments, archaeological sites, churches, and other places inscribed in the registry. Equally valuable, and more difficult to quantify, UNESCO has also sought to safeguard treasured cultural practices. Things like oral traditions, social practices, rituals, and events, performing arts, and skills for producing traditional crafts  belong to the world’s intangible cultural heritage. To be inscribed on the list of intangible cultural heritage, certain criteria must be met. The practice must not be merely old and authentic, but must also be a living practice – part of contemporary life. These practices contribute to a sense of community identity, and are prized by the communities themselves as being a part of their cultural identity.

Among the several practices and traditions that represent Greece are the Mediterranean diet, the Craftsmanship of marble in Tinos, and Rebetiko, a beloved genre of music with an interesting cultural history. Rebetiko is also very much a part of Greece’s present-day cultural identity.

Rebetiko and the Greeks of Asia Minor

In the 1920’s, when the Greeks of Asia Minor fled to build a new life in free Greece during the population exchange between Greece and Turkey, they brought with them enormous cultural wealth (and little else). Most exotic of their treasures was music – specifically – Rebetiko. 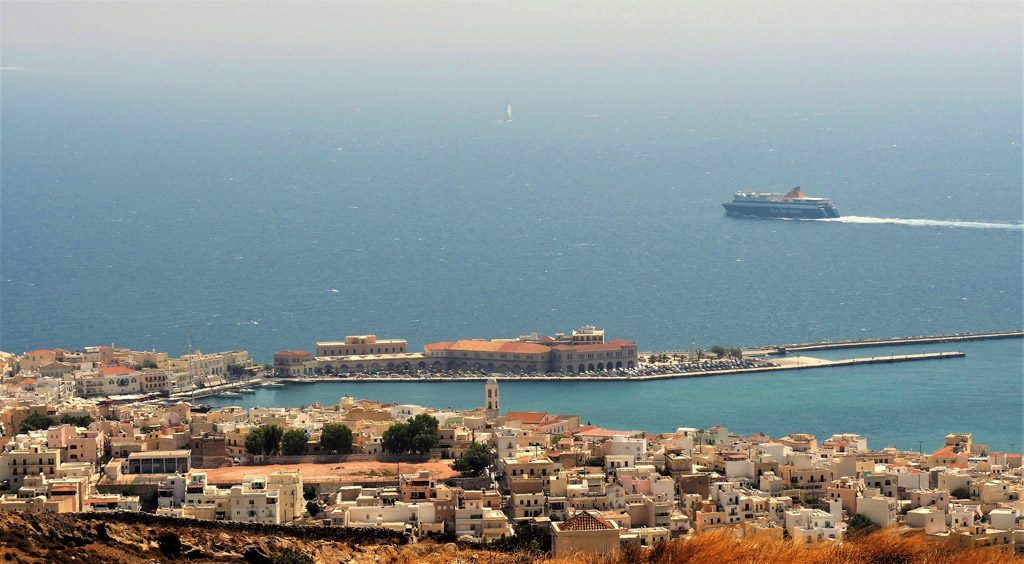 The poor refugees, settling in their makeshift dwellings in the urban centers, and the poorer class of Greeks already there shared a cultural connection. This poignant Urban music with an eastern inflection is music that is filled with longing and loss. Owing to its strong relevance to an aspect of Greek cultural identity, it was made part of UNESCO’s intangible cultural world heritage in 2017.

Like the blues, like the Fado of Portugal, the Flamenco of Andalusia, and Argentina’s Tango, the culture of Rebetiko is based on the urban experience of the poor and the working class. This is reflected in the themes of many of the songs. Topics that inspire some of the lyrics of Rebetiko include the social problems of a hard life in a marginalized segment of society – like drinking, violence, and crime. It is a music that expresses well the darker passions, and gives them release. Not all Rebetika is sad; there are also happy Rebetiko songs – this is a genre for all the passions of life.

Not unlike Jazz, Rebetiko is improvisational. Typically, a feature of a rebetiko piece will be a Taxim, or Taximi – also sometimes called Mourmourika. This is a rhythmic improvisation, hypnotic, which takes hold of you and carries you into the song. 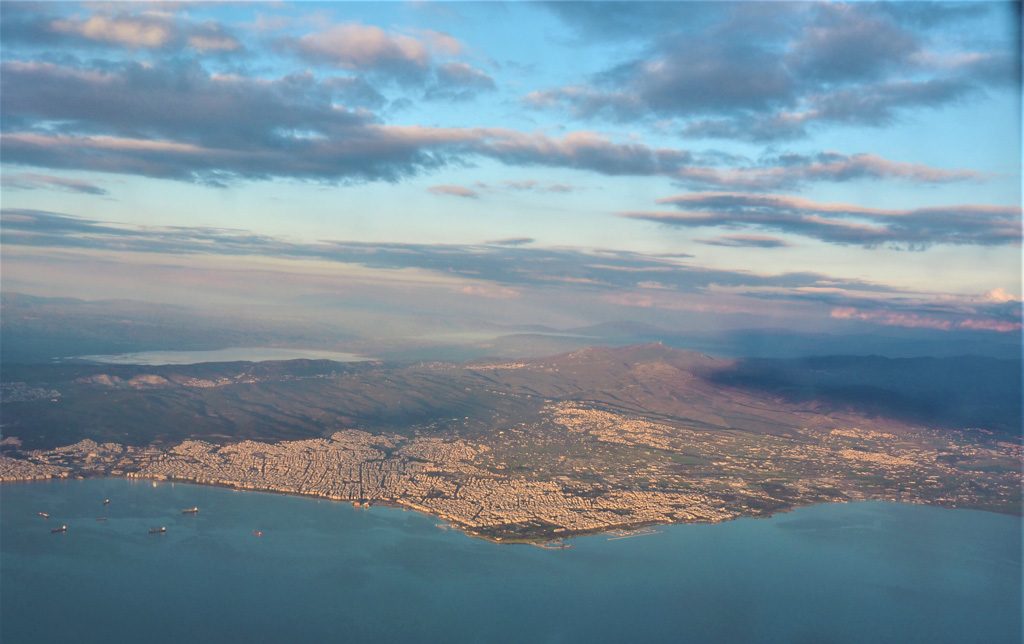 Another beautiful aspect of Rebetiko is that it incorporates not only classic western scales, but also Makams. These are scales and systems of melody types found in Turkish, Persian, and Arabic music, and the Taxim is an improvisational Makam. Makam scales are composed of microtones, allowing for a nuanced and lilting musical expression.

The Instruments of Rebetiko

The Bouzouki is the most common instrument for playing Rebetiko today. Originally, the Greeks of Asia Minor had brought with them, like the Oud (a short-necked lute), the Santuri (a sweet-sounding harp played with a hammer), and the accordion. It was during the 1930’s that the Bouzouki emerged as a popular instrument for Rebetiko.It was joined by the guitar and the Baglamas. The Baglamas – much scaled down version of a bouzouki, played an octave higher – was a favored instrument of musicians in jail and those often on the run. Owing to its size, it is easily hidden in a coat.

The Legends of Rebetiko

One of the things that makes Rebetiko part of Greece’s intangible cultural heritage is that it is still a relevant cultural expression today. There are any excellent Rebetiko musicians of all ages, and this is a musical genre embraced by people from all generations.

But famous Rebetiko musicians continue to inspire today’s Rebetiko. Markos Vamvakaris is chief among them. Born on the island of Syros at the beginning of the 20th century, his life story is indeed the stuff of legend – leaving the island alone for Piraeus at age 12, working in an abattoir among other odd jobs, and falling in love with the sound of the bouzouki. He played in Tekes (clandestine hashish dens) at first, then rose to great popularity, performing with the Piraeus Quartet.

Vassilis Tsitsanis, born a decade after Vamvakaris, further popularized Rebetika. He was a fine Bouzouki player and a prolific composer, writing over 500 songs during his lifetime. Originally from Trikala, he studied in Athens and then went to Thessaloniki for his Military service in 1938. This is where he became famous. He opened an ouzerie, and continued his career despite the German occupation.

Music lovers will enjoy an atmospheric evening of Rebetiko at a late night venue or an ouzerie in Greece’s major cities like Athens and Thessaloniki, and of course not to forget the island of Syros — which is home to one of the forefathers of Rebetiko, Markos Vamvakaris. In Athens you can enjoy an authentic rebetiko experience at the Kapnikarea music café-restaurant, located in the heart of Ermou Street and there are various other such places where you can have a similar experience. International artists have also embraced this beloved music tradition. German singer-songwriter Christian Ronig had discovered Greek music in his hometown Münster, Germany when he was asked to play the guitar in his friend’s rebetiko company — intrigued by the sounds and the exotic melodies he wanted to convey the beauty of the lyrics to his non-Greek friends which he accomplished by translating and rearranging the songs which inspired him the most.   Together with some of the best contemporary musicians they produced an album that goes beyond geographical and ethnical borders. 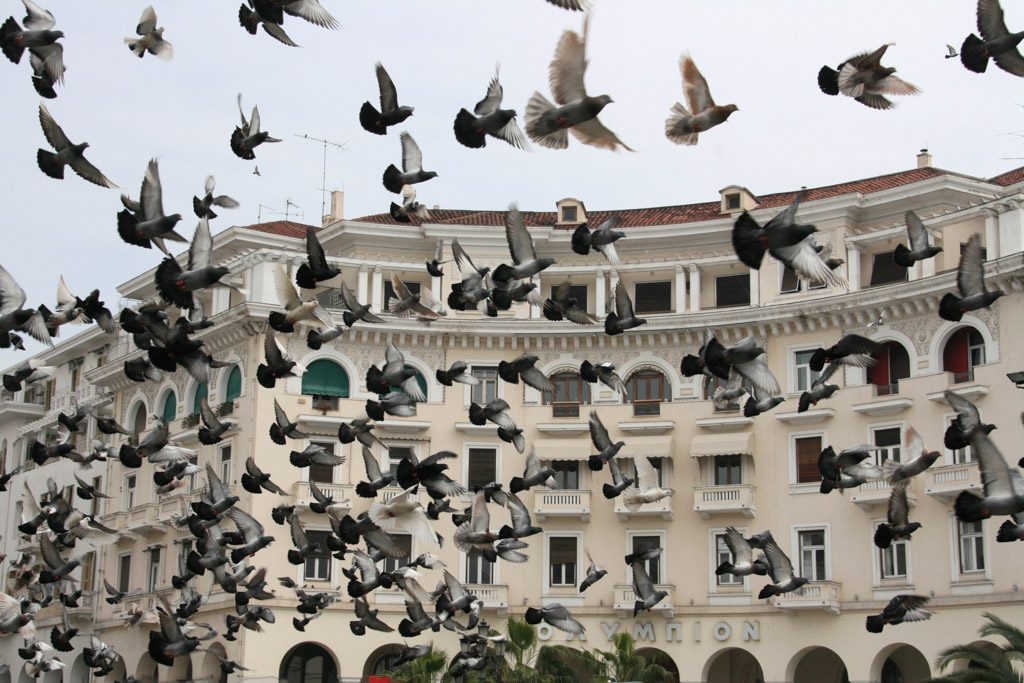 Rebetiko is not music for a concert – it is best for connecting with others and enjoying the timeless spirit of this music that, indeed, embodies a piece of the Greek soul.

Do you enjoy making local musical traditions a part of your travels? What music do you know from Greece?