The Aegean - History, Myth, and a Glorious Present 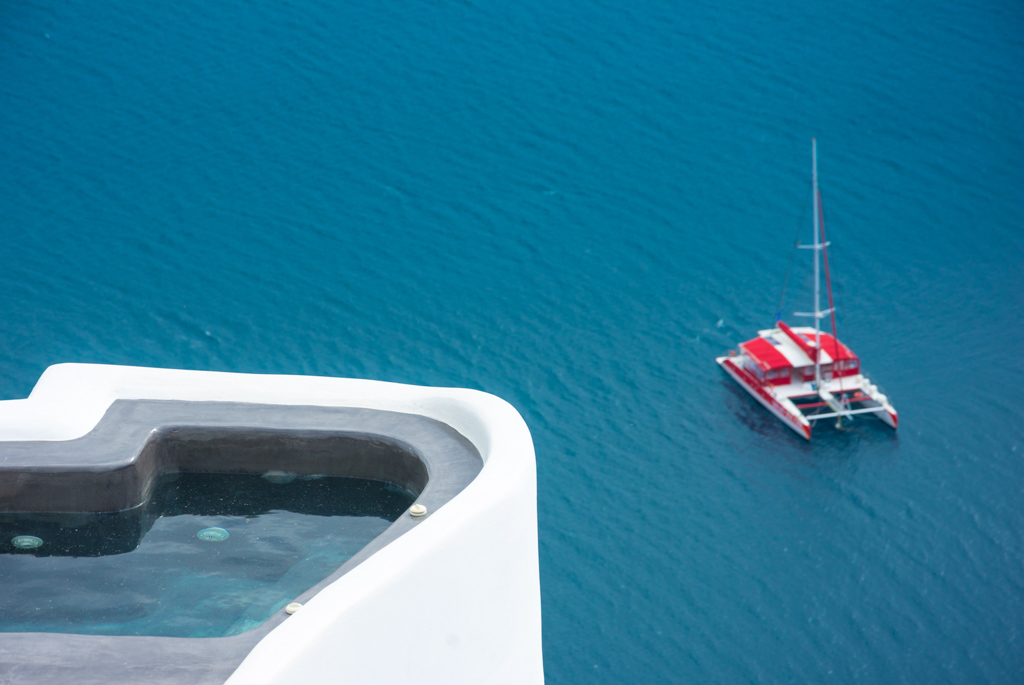 Nothing conjures the eternal soul of Greece like the Aegean, the sea to the east of mainland Greece, where most of the famous islands are located. Sailing the Aegean is one of the most cherished items on the wish list of many, and the shores of the Aegean are dotted with remarkable monuments. The Aegean has been home to the great cultures of Greece, and its events have played out in its waters and along its shores.

The Aegean – the Story of its Name

The name of the Aegean ties Athens to Crete. Many know the legend of the Minotaur of Knossos in Crete. The mythological beast would devout seven maidens and seven youths sent as tribute from Athens, until hidden among them was Thisseus, son of King Aegis of Athens. He slayed the Minotaur. On his return, he was to change the black sails to white, to signal victory. But in his haste he forgot, and the King, watching for his approach, spied the black sails. Thinking his son had perished, he flung himself into the sea in grief, and that sea took his name.

The Great Civilizations of the Aegean

Stretching back to Greece’s mysterious and glorious prehistoric past, the Aegean has hosted magnificent civilizations. All visitors to Athens will surely be familiar with the Cycladic Museum – here, one sees the remarkable stark and expressive figurines of the Cycladic civilization dating as early as the 4th millennium BC. Crete’s advanced Bronze Age civilization – the Minoans – prospered through trade. Several palaces are on Crete, the most famous and wonderful of them is Knossos, which is just outside of Heraklion and is a must for visitors to Crete. 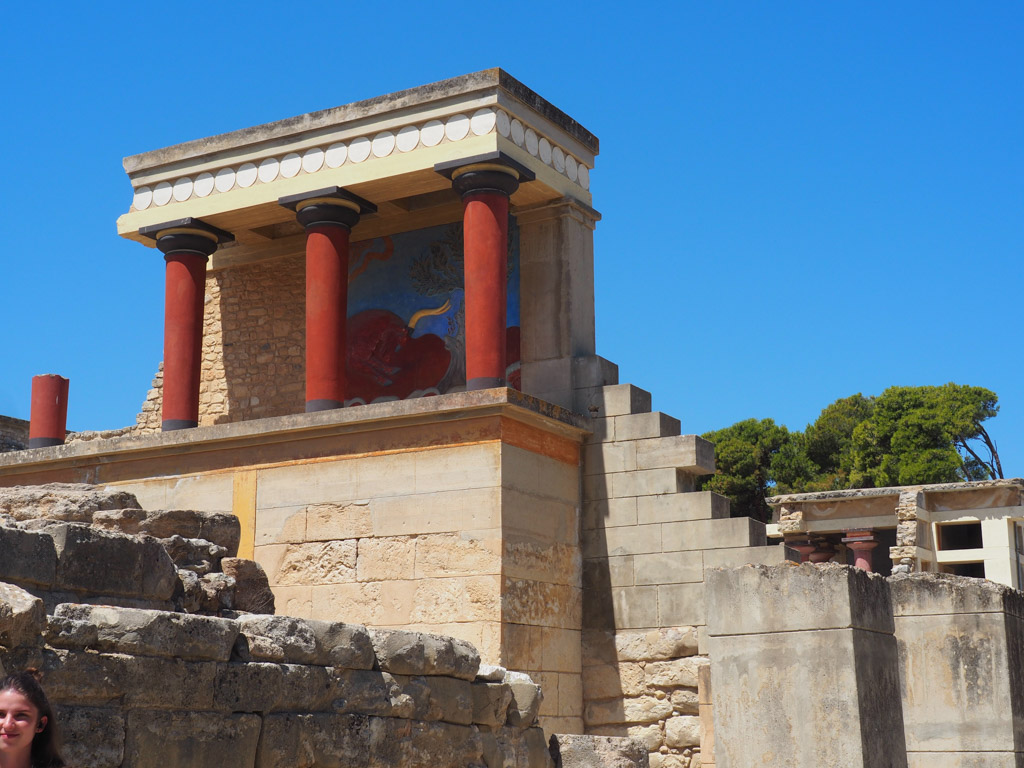 The Mycenaeans of the northern Peloponnese are known best from tales of Agamemnon – it was from these shores that he led the Greek ships to Troy. And of course, Ancient Athens too flourished on the shores of the Aegean. The Golden Age of Athens gave us enduring gifts, from the majesty of the Parthenon to philosophical and political ideals that form the foundations of our societies. Such a key place, the spiritual center of the ancient world as well as a strategic link between east and west, was of course envied. After hosting the Eastern Roman Empire – Byzantine – it was conquered successively – the Venetians and the Ottoman most notably stayed long in the Aegean.

This is still the crossroads of east and west, a hub of trade and above all a hub of culture. Or rather, cultures – Greece has a vast diversity of local cultures, and the array of different experiences is one of the best reasons to visit.

Home to the Minoans, Crete today hosts one of Greece’s most unique cultures. Crete has its own music – no one plays Lyra better than the Cretans, music that inspires one to dance. And the cuisine, there is nothing like it- snails in vinegar and rosemary, strong and fragrant marouvas wines, pure “raki” – a distilled and aromatic spirit of grapes – and tender wild greens are among the specialties. 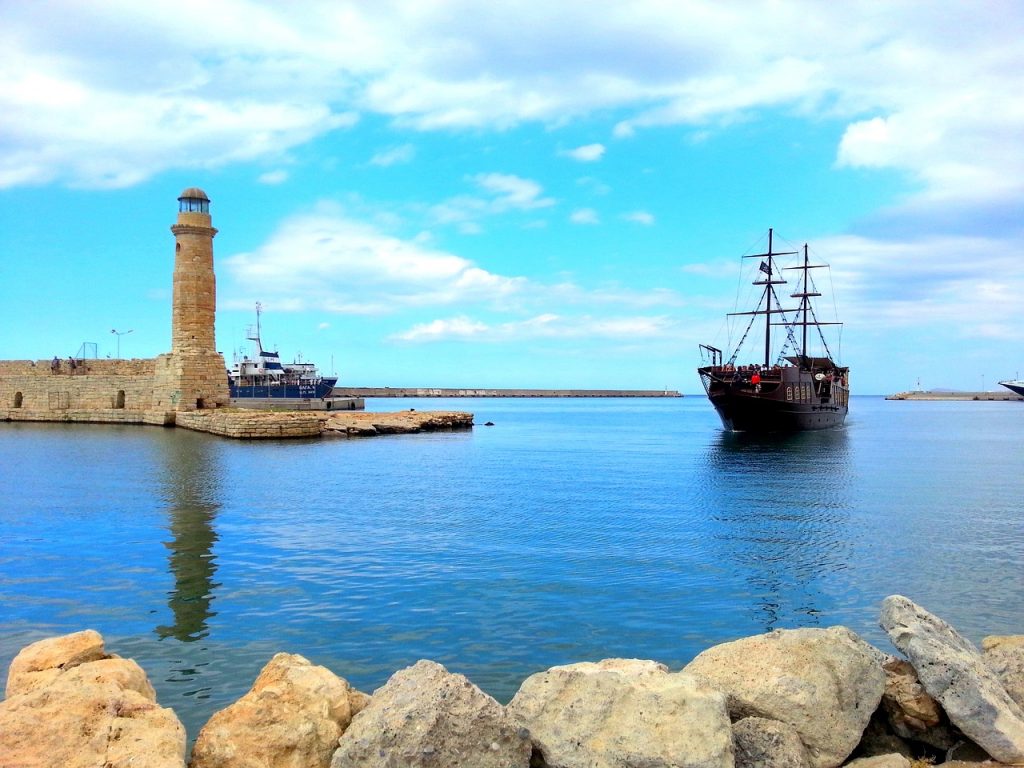 One of the most famous places in all the world, Santorini is fabulously unique. An earthquake created its magnificent geology – the caldera, site of the legendary sunset – and the great white cliffs that rise high above it, as well as dramatic beaches of red, black, or white. The soil and the dry climate make for some wonderful cuisine. This dry island with soil of a high mineral content produces a delicious wine – Assyrtiko – which is grown in nest-like clusters to shield it from the high winds. And the tomatoes – such a concentration of flavor. 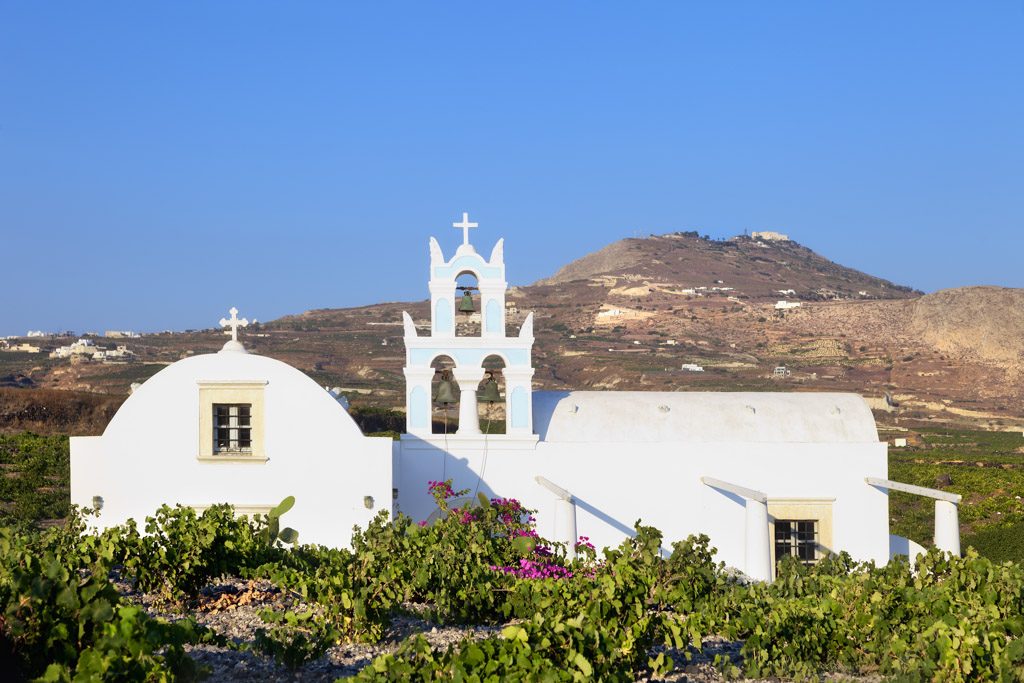 Fava, too, the humble but delicious yellow split pea puree served with wild gathered capers that the island is famous for, is a testament to the true elegance of simple things. 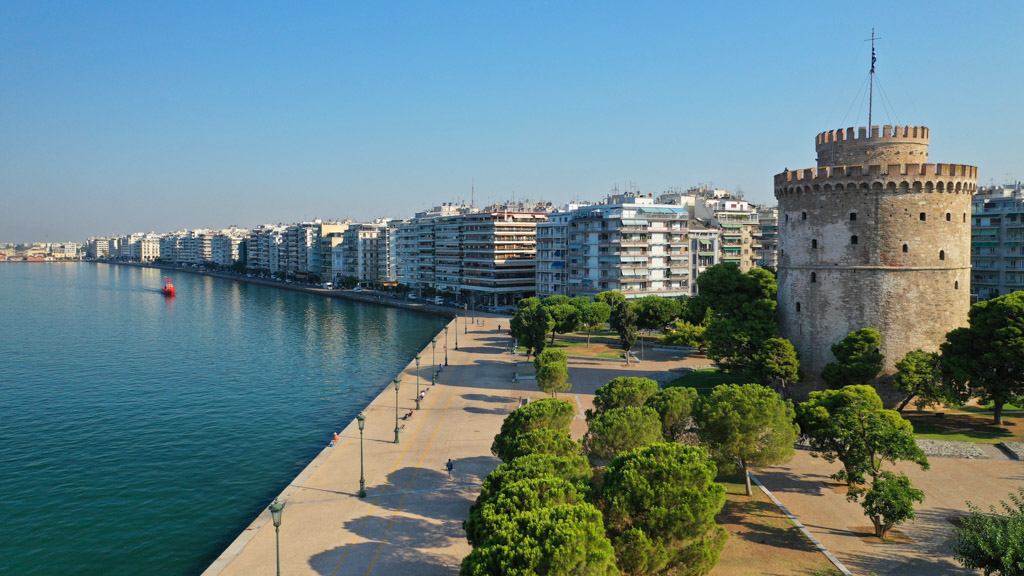 Queen of the north, and named for the wife of Cassander (who was also the half sister of Alexander the Great), this Macedonian city has had 23 continuous centuries of urban life. An important hub of the Roman Empire, and second only to Byzantium herself in the Byzantine era, it is home to 15 UNESCO world Heritage sites. This was also the largest Sephardic Jewish city in the world for centuries. And the cuisine? Here you taste the east, in the spicy cuisine. And you hear it too, in the Rebetiko brought by the refugees of Asia Minor in the 1920’s, who settled largely in Thessaloniki. 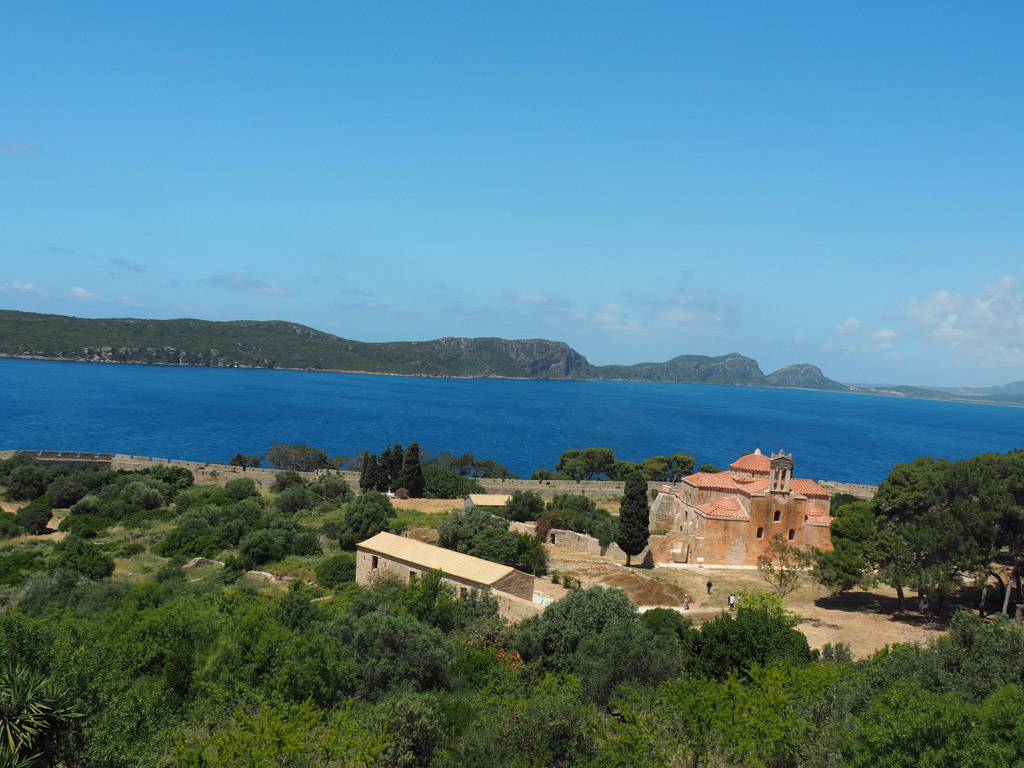 Pylos, in the south of the Peloponnese, is one of the most important places of the Mycenaean civilization. Here, the wise King Nestor – immortalized by Homer – ruled from his palace. It’s also one of the most important places for the birth of Modern Greece – site of the legendary battle of Navarino (Pylos). We are here adjacent to Mani, one of the proudest cultures of the Peloponnese, the spiritual birthplace of revolution (the Maniots were famously brave fighters and are still famously brave). The architecture – including the tower-like fortress homes – is unique. And the cuisine, with its fabulous cured meats and delicious cheeses, has the same uncompromising character as the inhabitants.

The Athens Riviera is an impressive stretch of pristine coastline and beaches combined with urban elegance and sophistication. Along the Athenian Riviera, in addition to legendary luxury resorts and fine dining, one finds lake Vouliagmeni, a natural therapeutic spa in a stunning setting. 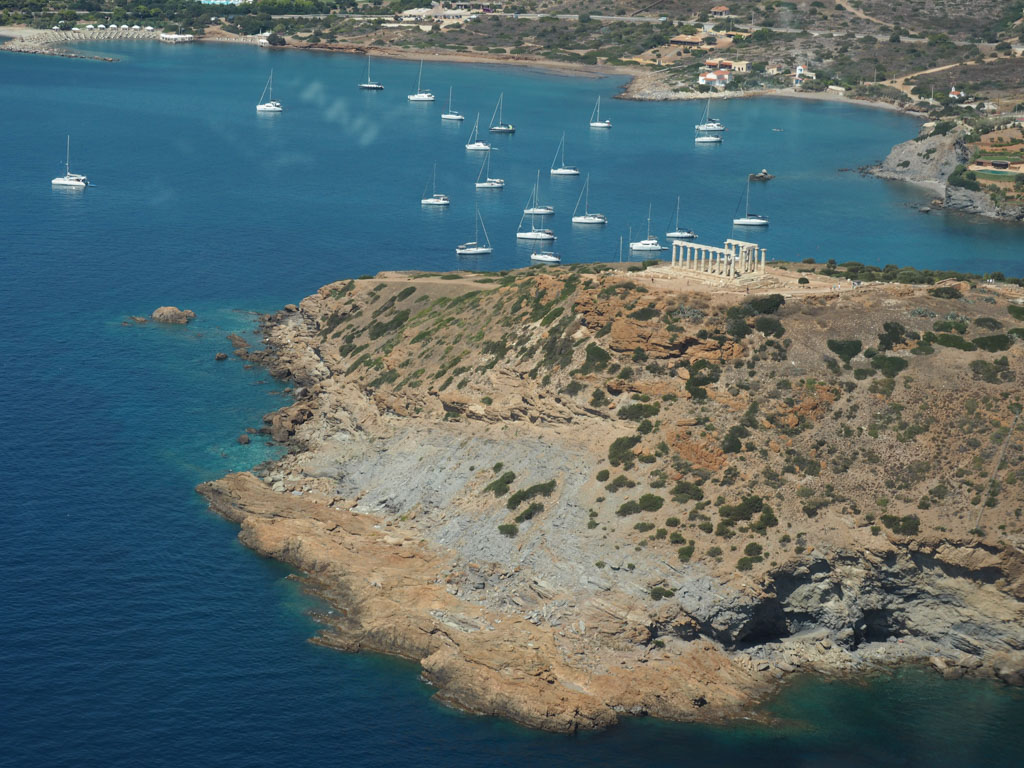 But the true gem of the Athens Riviera is of course cape Sounio. The Temple of Poseidon built here to aid safe passage to ships coming into Athens’ harbor is one of the most famous ancient sights of Greece. And it has been for centuries – Lord Byron even signed his name here. The sunset is, next to that of Santorini’s, one of the most famous of Greece, so lovely it is met with applause. And of course here, we return to the myth that gave the sparkling aegean its name.