The Ionian - a Dream Destination for Culture and Beauty 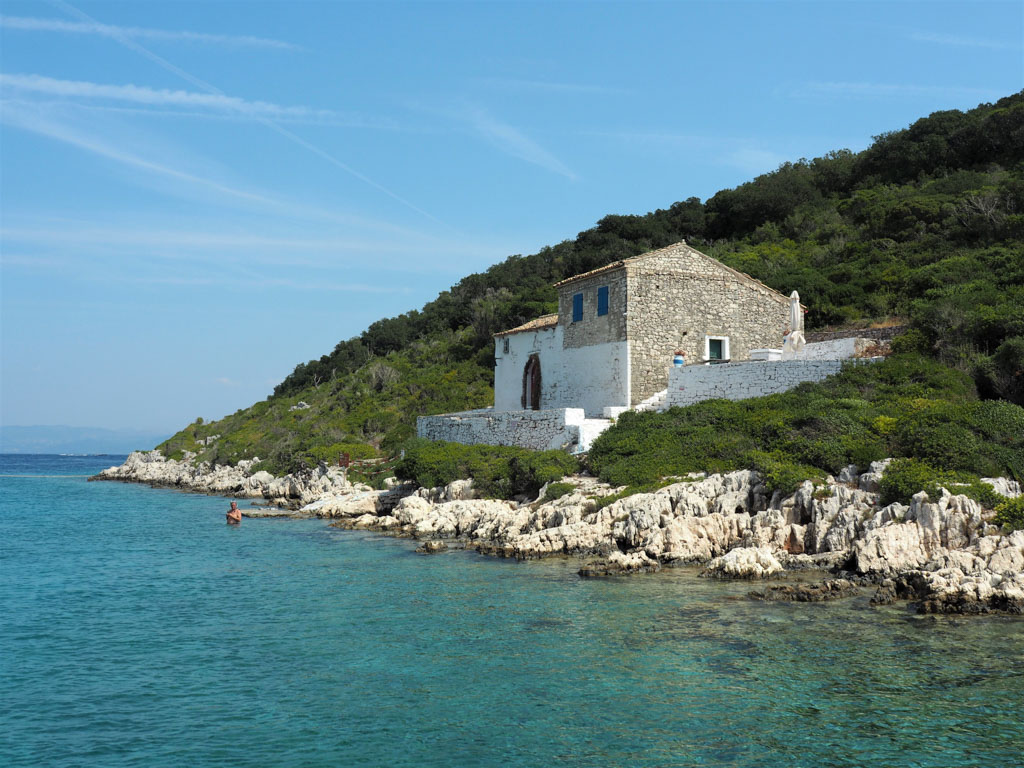 The Ionian Sea, bathing the western coast of Greece, is one of the finest destinations of all the Mediterranean, uniting pristine waters with lush green islands, high culture and low-key authentic island lifestyle, beautiful beaches and top cuisine. Here’s a closer look at this fabulous region of Greece.

The Ionian Sea in Mythology

The Ionian is a place of legend, myth, and history, starting with its name. Ancient Greece and four tribes: the Dorians (we know them from their starkly beautiful architectural order), the Aeolians, the Achaeans, and the Ionians. While the Dorians were severe, the Ionians were anything but – they loved art, philosophy, and pleasure – traits the present day inhabitants of the Ionian sea and its islands still do today.

Of the many famous islands, the most famous of the mythology of course is Ithaca, the island of Homer’s great hero Odysseas. Ithaca, where his wife Penelope waited so patiently, took him years to reach again after the Trojan Wars; the journey, of course, is so famous that it took the protagonist’s name: The Odyssey.

The Civilizations of the Ionian Sea

With Italy and the rest of western Europe on the shores opposite, this part of Greece has been in constant contact with European culture and philosophy. Being so strategically located, so rich in natural beauty, and bounteous seas, the area was much coveted and much conquered. 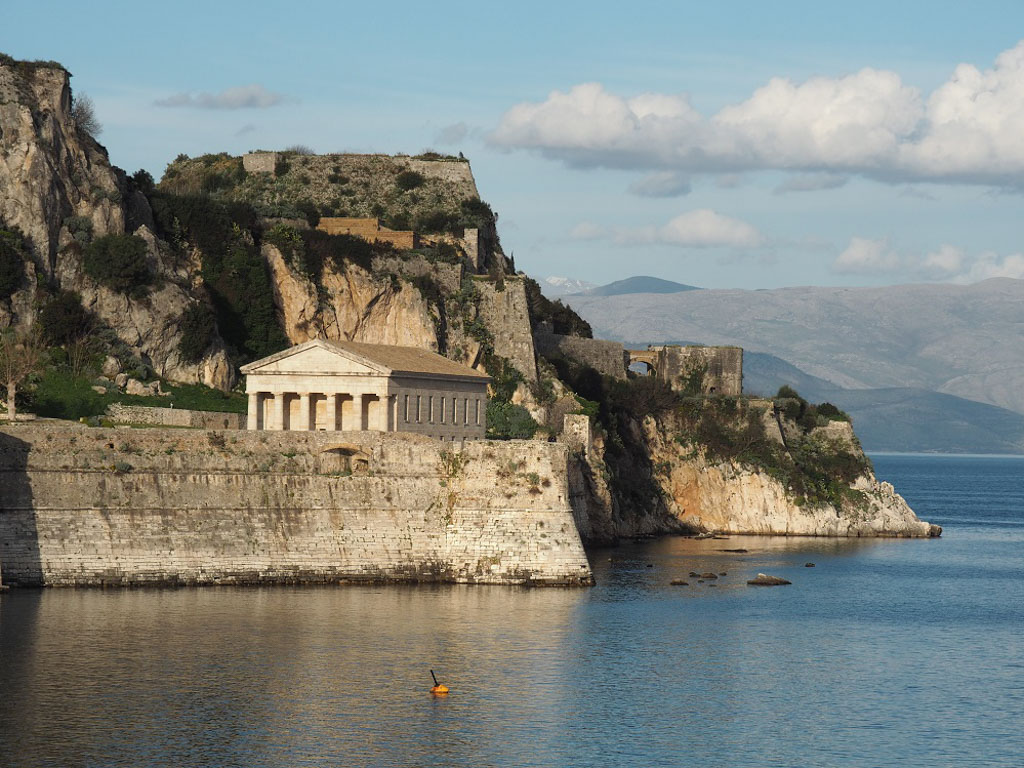 After centuries of Ancient Macedonian rule and then more centuries as part of the Byzantine Empire, the Ionian was chiefly inhabited by the Venetians: the islands of the Ionian belonged to the Republic of Venice from the middle of the 14th century until the beginning of the 18th century. This preserved them from becoming part of the Ottoman Empire, like so as of the rest of Greece. It also gave them an artistic and architectural sophistication, a touch of Venetian romance that shapes their special aesthetic character.

For a brief interlude, when Napoleon conquered Venice, they were under Napoleonic rule. Then, in the beginning of the 19th century, the British fleet defeated Napoleon at Zakynthos, and the islands remained under British protection for another half century, before joining modern Greece.

Italy was not finished yet though – during WWII Mussolini’s armies occupied them, and then the Germans took over. A Jewish community had thrived in Corfu for centuries until then.

The Islands of the Ionian

The islands of the Ionian Sea each have a distinctive personality. Ithaca is the most famous in myth, but in history and culture, it is Corfu – also called Kerkyra in Greek – that we know best. Corfu town is shaped by Venetian glory and European flair – some of the most elegant palaces and squares of Greece are here. 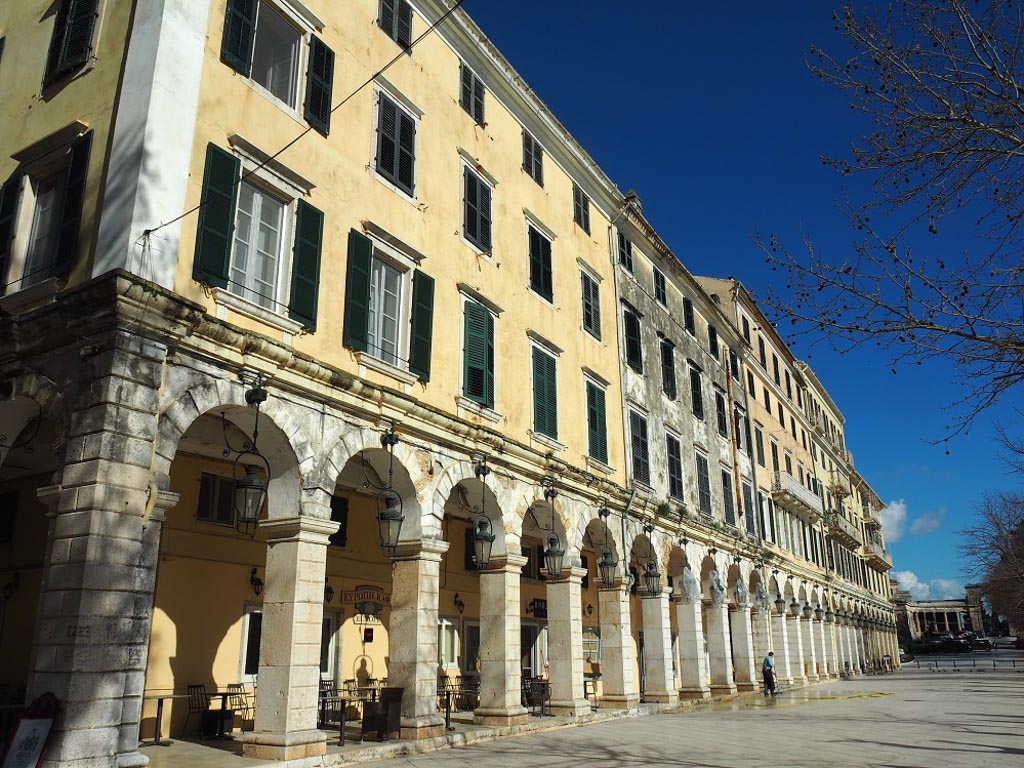 Kefalonia, whose main town was lovingly reconstructed after being devastated in an earthquake in 1953, is famous for its natural splendor, and above all for its majestic marine life. The caretta caretta – the endangered loggerhead sea turtle, enjoys a special protected status, with several organizations devoted to fostering a safe environment for the species. Non-invasive learning activities where one can admire them in their habitats are part of the highlights of a trip here.

Zakynthos, site of the famous Navagio beach with its impressive shipwreck – is also a habitat for this marvelous creature. Other stunning white beaches make this a favorite destination for swimmers and worshippers of the pristine Mediterranean sun. 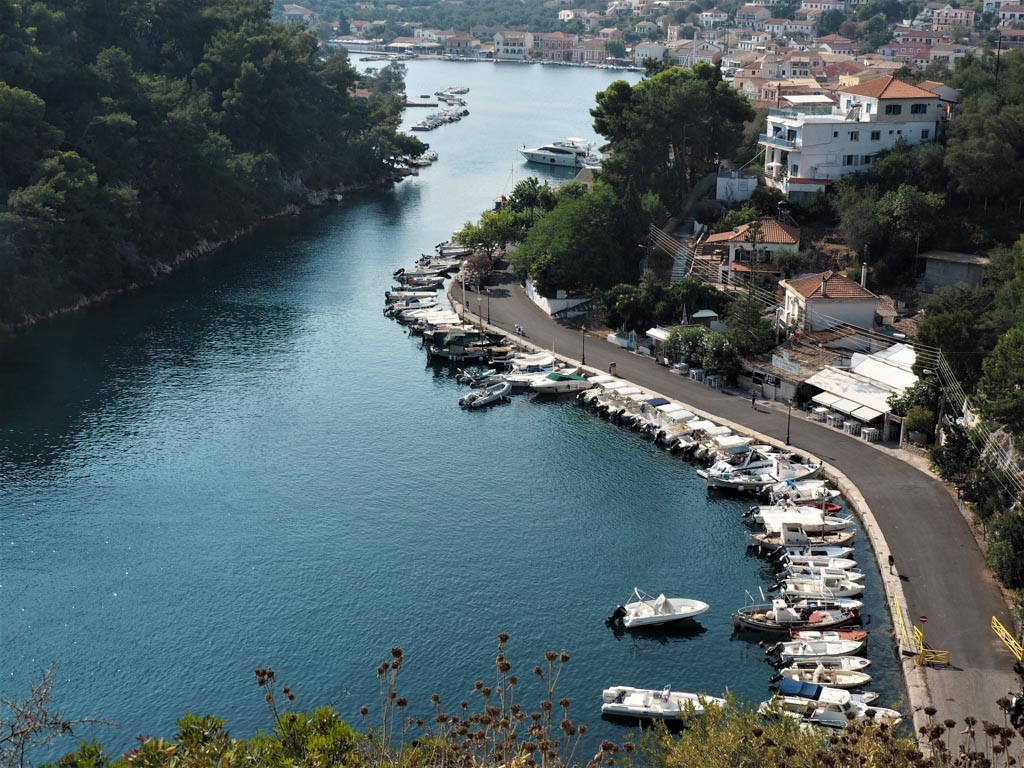 Tiny Paxos is world-famous for its stunning Blue Caves, while even tinier Antipaxos is covered with vineyards – oenophiles will love this unique experience of wine.

The Gastronomic Wealth of the Ionian

One of the greatest sea delicacies is a specialty of the Ionian – Bottarga. Known in Greece as “Avgotaracho” (“avgo” means ‘egg’), this delicacy of the pressed eggs of gray mullet – salted, dried, concentrated and sometimes smoked also – is the very essence of the deliciousness of the sea. One can shave it over a pasta, or just enjoy fine slivers plain or with bread and butter – the Mediterranean answer to caviar. 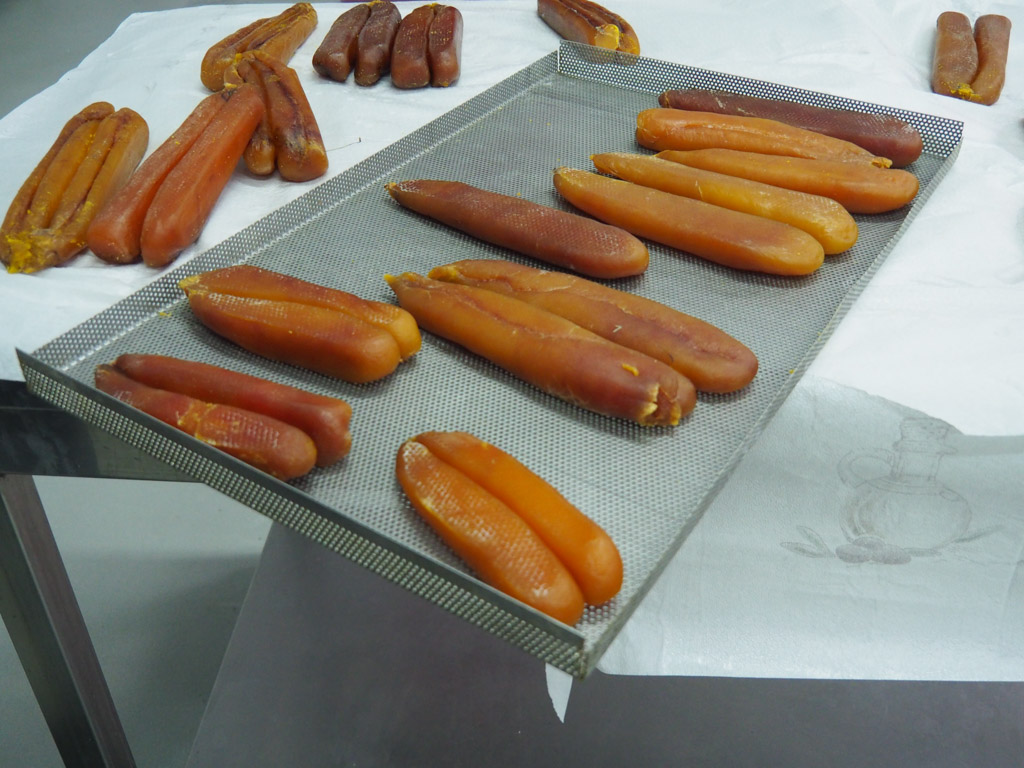 Salt, of course, is the secret. This most precious of commodities has been farmed from the rich Ionian seas for centuries. The delicacy of flaked sea salt enhances everything it graces.

As to the cuisine generally, there are specialties of the Ionian islands that one doesn’t find elsewhere in Greece. Bourdetto, fish bathed in lusty sauce, has a delicious Venetian heritage. Pastisada, a pasta with a rich and meaty sauce – be it veal, rooster, or even fish – has also a sophisticated seasoning reminiscent of that of Venice.

The kumquat also thrives in the Ionian, and on Corfu in particular, where it is made into a signature liqueur for which the island is famous throughout Greece. Oranges, too, are abundant, and there are not only ‘sweet’- juicy oranges are served as a salad, dressed with flakes of sea salt, spicy paprika, and a drizzle of extra virgin olive oil.

Famous Inhabitants of the Ionian – Historical and Fictional

Dionysis Solomos, the poet of Zakynthos, wrote a piece so stirring to give courage to Greece’s freedom fighters in the war of Independence that it was later set to music to become the national anthem. 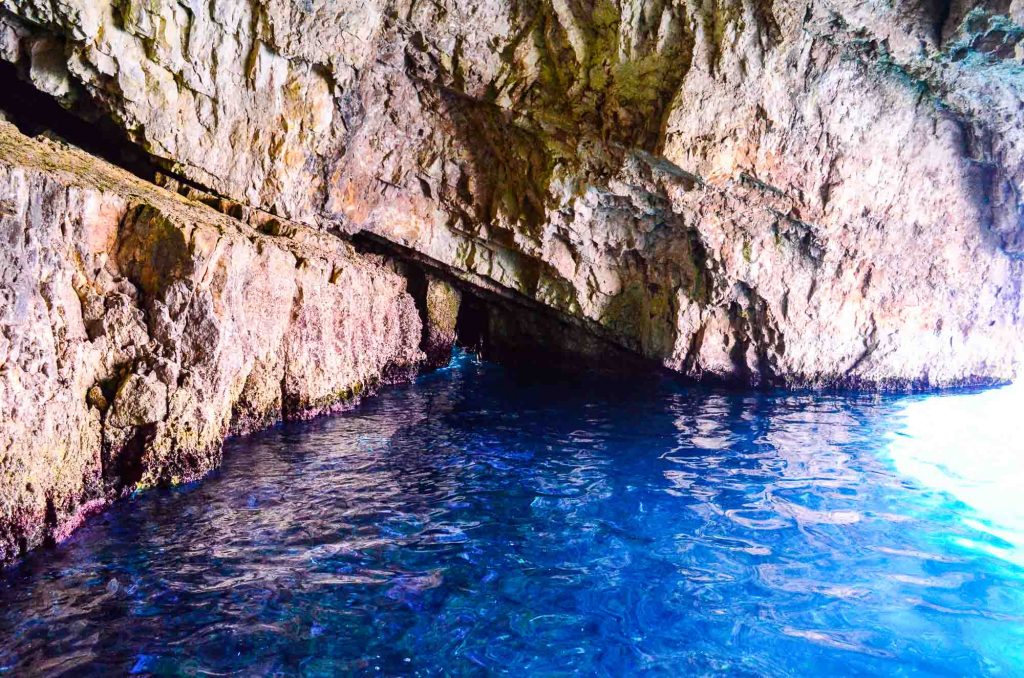 Corfu has been host to many personalities. Now most famous are of course the Durrells – thanks to the charming series of the same name, that chronicles the adventures of the real-life Durrell family, as remembered by Gerald Durrell. Of course, his famous brother Lawrence makes many appearances. Henry Miller visited Lawrence here at the start of ‘The Colossus of Maroussi” 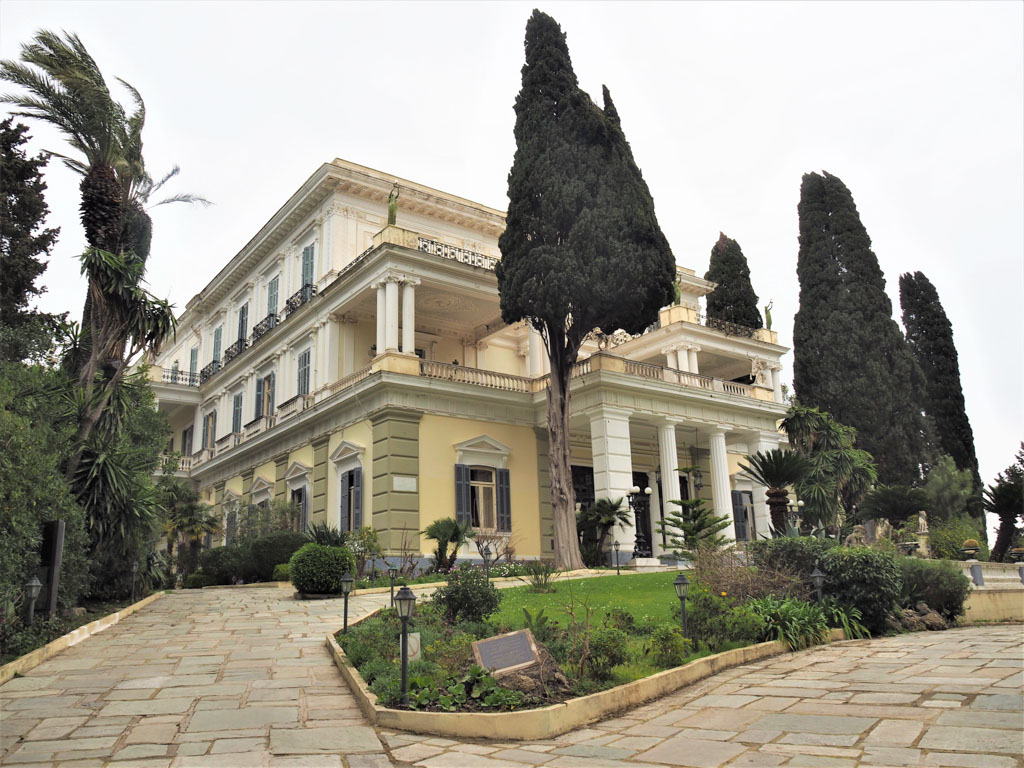 The late Prince Phillip of England was born a member of the Greek Royal family on Corfu, at Mon Repos. And the Empress Elizabeth of the Austro-Hungarian Empire – perhaps best known to many as “Sissy”, the protagonist of the 1955 film where she is played by Romy Schneider – built a sumptuous palace here: the Achilleion.

The Ionian offers a complex and sophisticated Greek experience for the traveler. Or, it can just as easily host a relaxed interlude in supreme surroundings. Its gifts – natural, cultural, historical, and gastronomic – are many. Have you been to the Ionian?