The Mighty Mountains of Greece 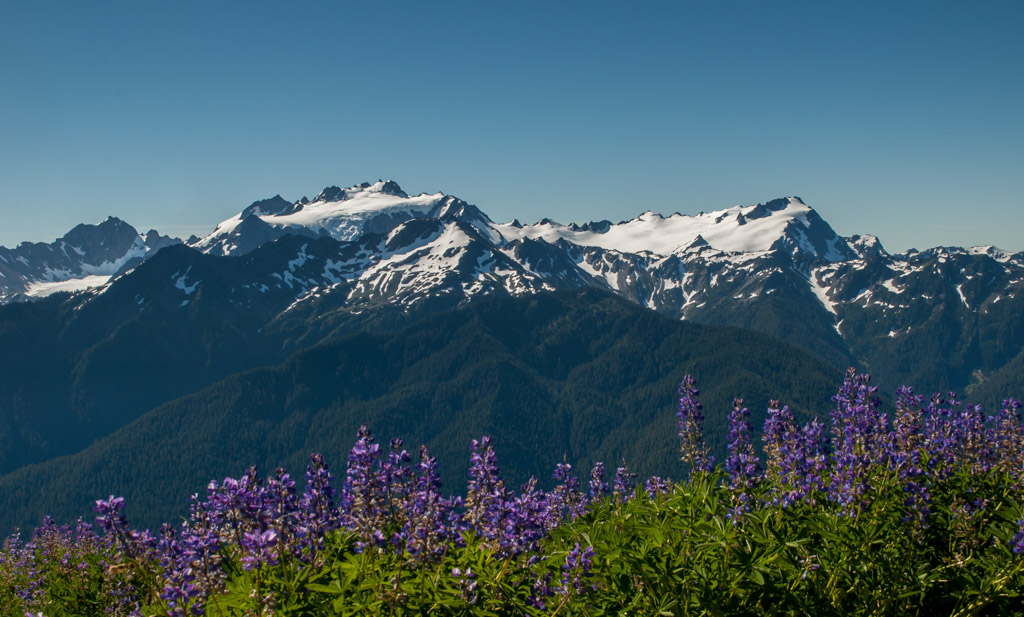 Greece is a surprisingly mountainous country. While some of the mountains are world-famous, especially Olympus, home of the ancient gods, others are a wonderful surprise for the visitor. Let’s visit four of our favorites:

Mt Olympus, at 2,917 meters, is Greece’s tallest mountain. It is also a towering cultural presence, the home of the twelve gods: Poseidon, Hera, Hestia, Demeter, Hades, Apollo, Artemis, Hermes, Athena, Hephaestus, Aphrodite, and Ares. And, at the head of the Pantheon, Zeus. This was truly sacred land. 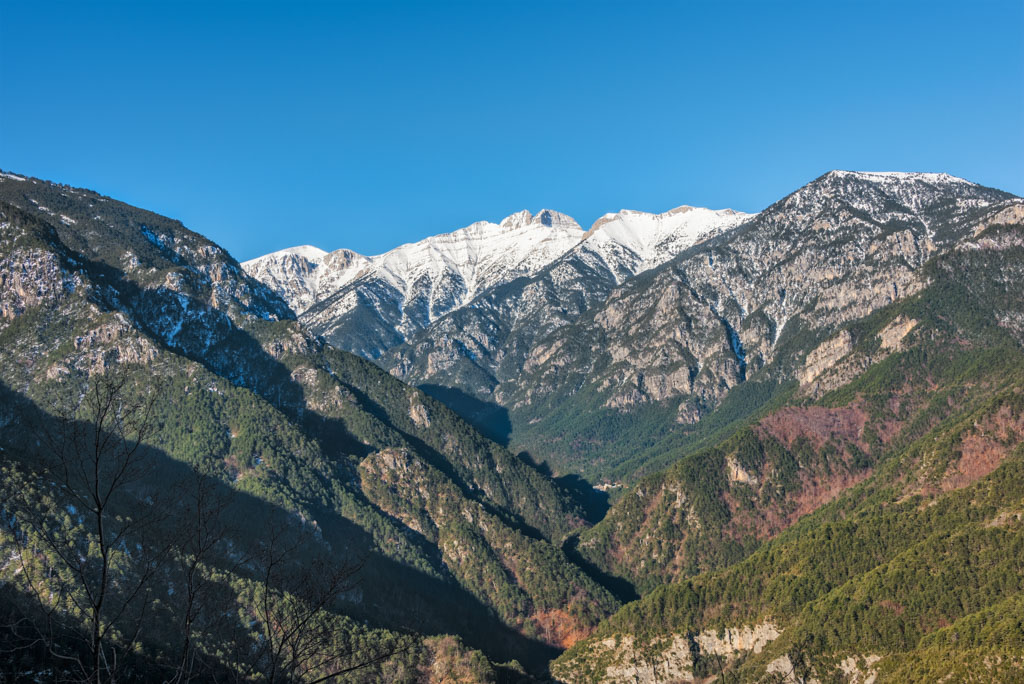 At ancient Dion, in the foothills of Mt. Olympus, great festivals were held in honor of Zeus and the Muses. There were sacrifices and competitions of gymnastics and theater. This is also where Alexander the Great came for the aid of the gods before setting out on his famous campaigns to spread Hellenism to the east; Dion was a very sacred place for the ancient Macedonians.

The landscape of Mt. Olympus is glorious. First of all, there are many kinds of endemic flora and fauna. It is a riot of wildflowers and fragrance in the spring, and in autumn the foothills are alive with bright foliage. Springs run throughout the area. The mountain as it rises above the tree line is a dramatic site, its well-known silhouette one of the famous sites of Greece.

There are many things to do around Mt. Olympus. First and foremost is the mountain itself. Olympus is a challenging climb but it’s one that requires much special equipment. Many people break the climb into two days, by staying at a mountain shelter part of the way. For those who do not want to take a very serious hike or spend less time, there are many, many excellent mountain trails on Olympus that are much shorter, and suitable for many different levels of stamina. 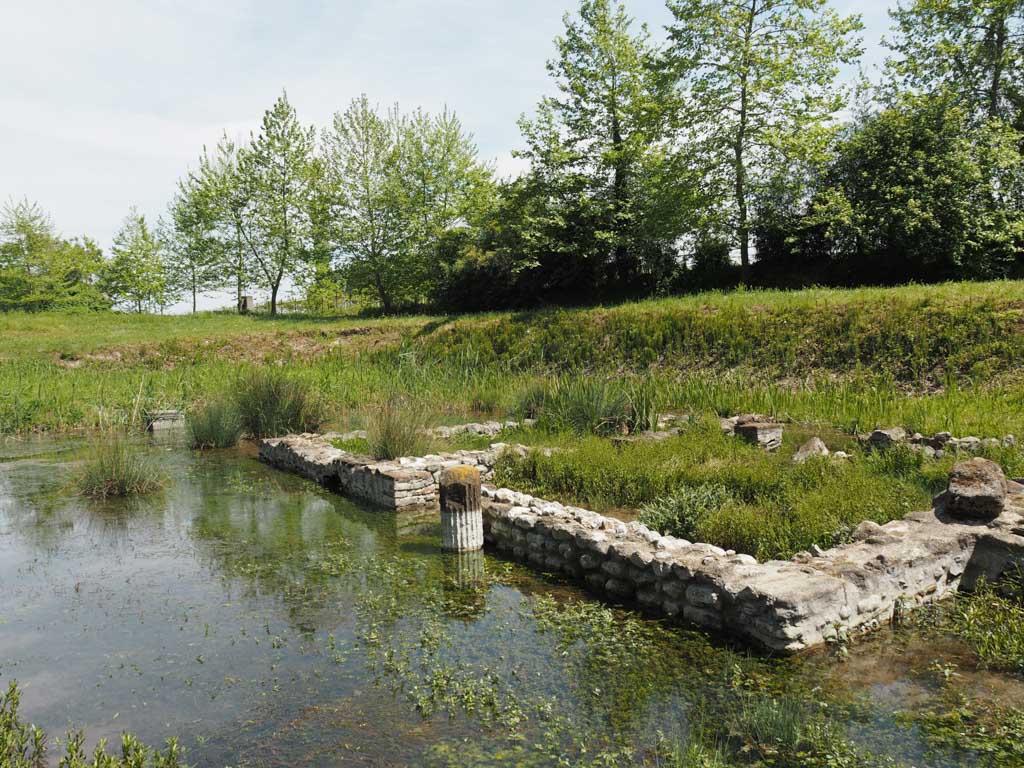 Besides the Archaeological Park of Dion and the adjacent museum, there is also a wonderful Nautical Museum in Litochoro, the lovely town at the mountain’s base. This is also a wonderful town to enjoy a rustic meal of grilled lamb chops or other mountain specialties. 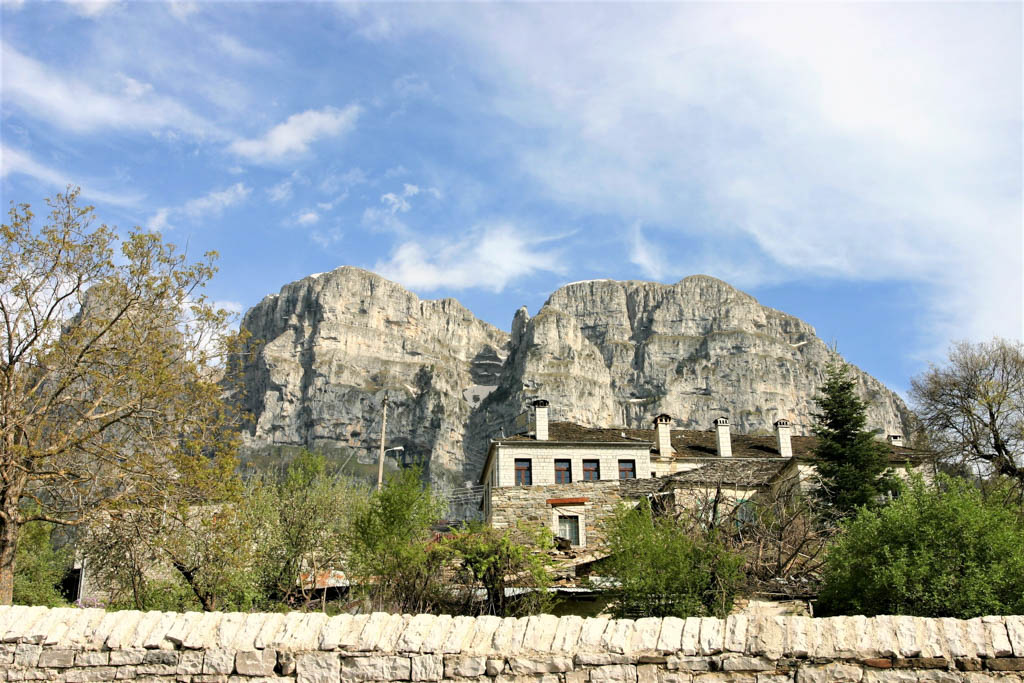 The landscape of the Pindus mountain range includes many streams and rivers, the crystal clear Voidomatis river. There are also unusual geological formations.

These mountains were home to many shepherds, and the Aromanians – also known as the Vlachs – and the Sarakatsanis. The famous villages of the Pindus mountains include Samarina, one of the highest villages in Greece, much praised for its scenery. Other famous villages are Metsovo – one of the most enchanting traditional villages of Greece with an aristocratic feel. The great benefactor families of Greece – the Averoff and the Tositsa family – hail from this beautiful place. Other villages include the “Zagorohoria” – the villages of Zagori are well known for their rustic elegance of stone architecture and slate roofs. Boutique hotels and excellent restaurants can be found in these traditional towns. 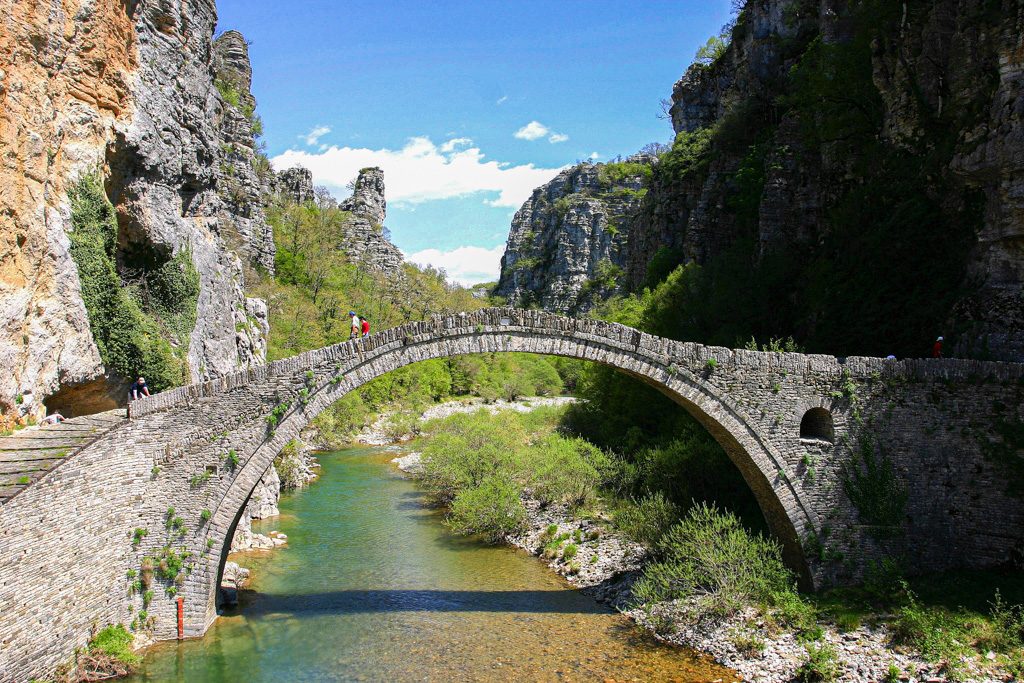 Skiing is one of the prime recreational activities in the Pindus mountains. Smolikas, Tymphi, and Vasilitsa all have excellent skiing. Other outdoor activities around the Pindus Mountain range include hiking – excellent in the autumn in particular – and rafting.

For cultural activities, the historic town of Metsovo enchants visitors with its superb folklore museum as well as the Averoff Art Gallery which features an excellent collection of modern Greek art. Wineries add an elegant note to the visit. And gastronomes will be delighted with the local cuisine and cheeses, including the local Metsovone.

This is some of Greece’s most dramatic scenery – the mountain so close to the sea and the cape. The slopes of Mt Taygetus are very densely forested, covered with black pine and Greek fir trees.

Mt. Taygetus has a long history. Its name is even recorded in the Odyssey. It was also called “pentadaktylos’- “five-fingered”. Taygetus, its more common name, derives from the name of the nymph Taygete.

This is a famous region of Greece. The people of Mani are known for their brave and uncompromising character. Mavromichalis, the Klepht and Revolutionary hero, was from Mani. 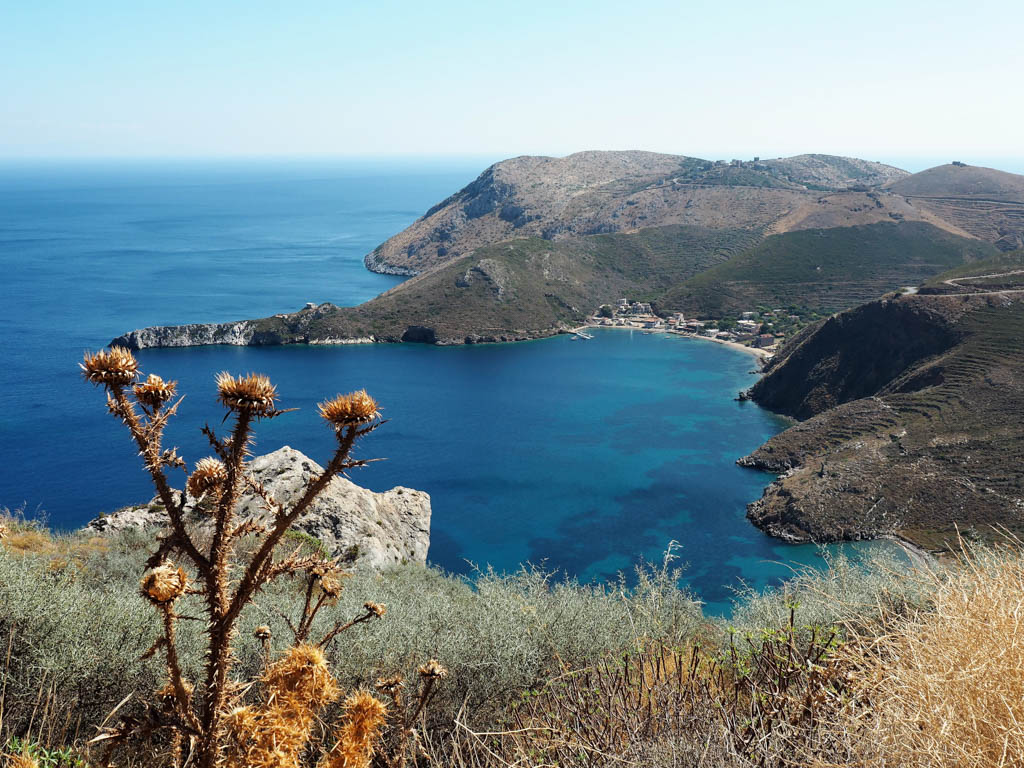 There is so much to do in the Mt. Taygetus region. Not only are there excellent hiking trails, but the villages of Mani with traditional tower houses are famous all over Greece. So is the lighthouse of Cape Matapan – this is the southernmost post of mainland Greece. Kardamyli, the town that so enchanted the adventurer and writer Patrick Leigh Fermor that he built a home here with his wife the Photographer Joan Leigh Fermor, is a wonderful place to visit. Gytheio, on the other side of the peninsula, is a charming fishing village and small port, with ferries to the island of Kythera.

Crete, Greece’s largest and southernmost island, has a character all its own. This magnificent island is not only home to countless breathtaking beaches – some of them the most famous in Greece – it is also famed for its many gorges and mountains. 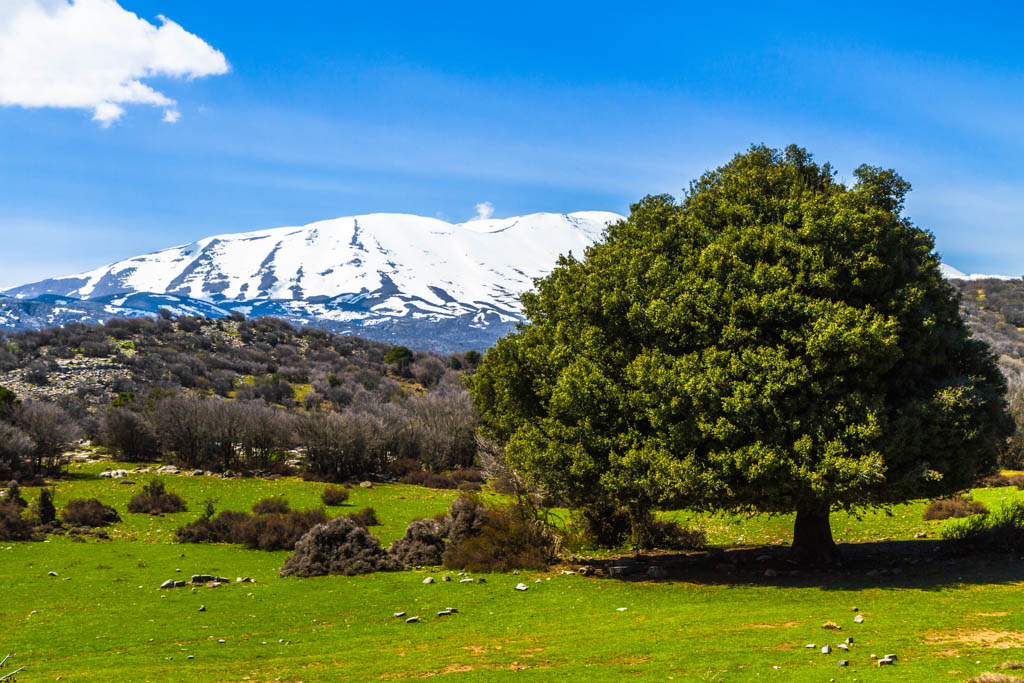 Of these, Mt. Psiloritis is the most famous. Also called Mt. Ida, this beautiful mountain rising some 2,456 above the sea, has the famous Idaeon cave. This cave is known not as the birthplace of Zeus but as the place where he was hidden by his mother Rhea. His father Cronus, ate all of his children in order to prevent one from killing him as a prophecy foretold. So Rhea hid the infant here and he was raised and nurtured by the goat Amalthea.

Crete has a bold and uncompromising beauty. This rugged and dramatic scenery is protected as part of the UNESCO geopark global network. Winter visitors will enjoy skiing on a Greek Island, and visitors in any season will have plenty of other things to do.

Here in the Rethymnon regional unit, many of the most fascinating attractions of Crete are within very easy reach. To begin with a touch of local culture, one can visit the famous village of Anogia, with an elevation of over 700 meters. Besides the surrounding beauty, the village is famous for the bold bravery of its inhabitants in conflicts with both the Ottomans during their occupation and with their resistance to the Nazis in WWII. Moreover, the village of Anogia is famous for being the home of some of Greece’s most famous Lyra players – Nikos Xylouris. His tradition continues. 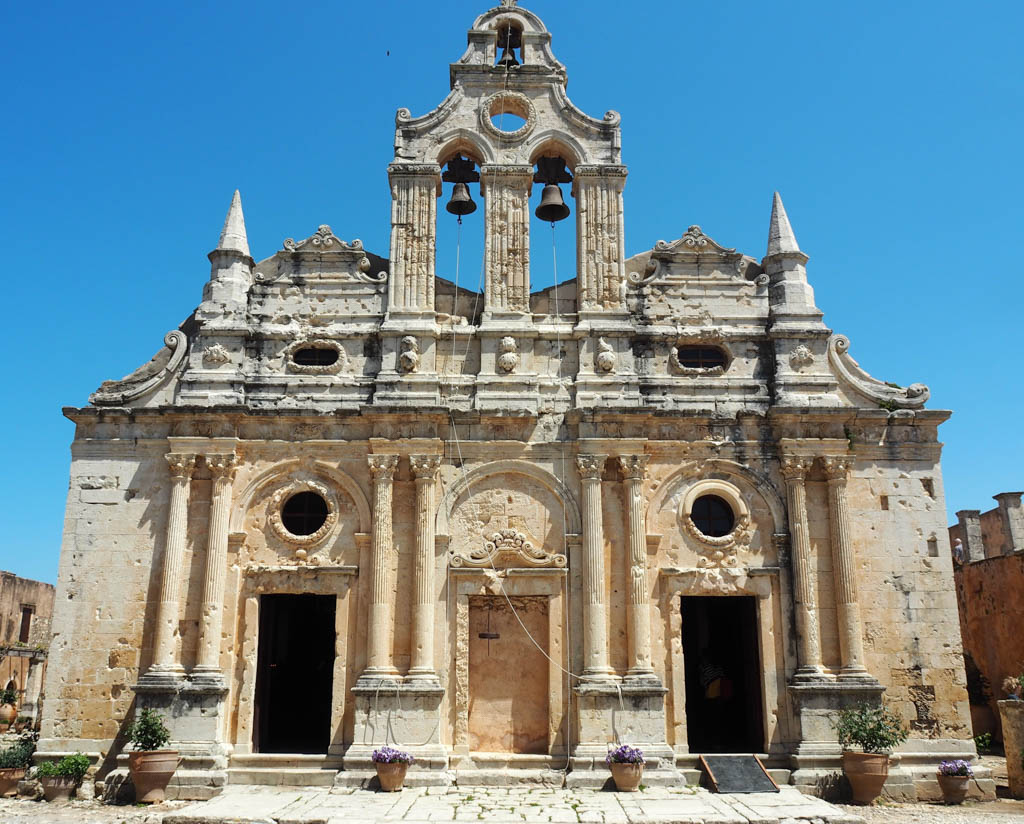 The Arkadi Monastery is another very famous site, both for the role it played in an episode of the Cretan resistance and as an example of the Cretan Baroque, a beautiful architectural style that flourished while the island was under Italian rule.

Lastly, the beaches of the south coast of Crete are very famous. Agia Galini and Moni Preveli are a short distance from Mt. Psiloritis.

Greece’s mountains are an extraordinary destination in any season. In addition to skiing in winter, they are refreshing destinations in all seasons, tied to the history and culture of the regions they tower over so majestically.

Have you ever had a mountain holiday in Greece?