Tragedy – the Role and Teachings of Ancient Greek Tragedy 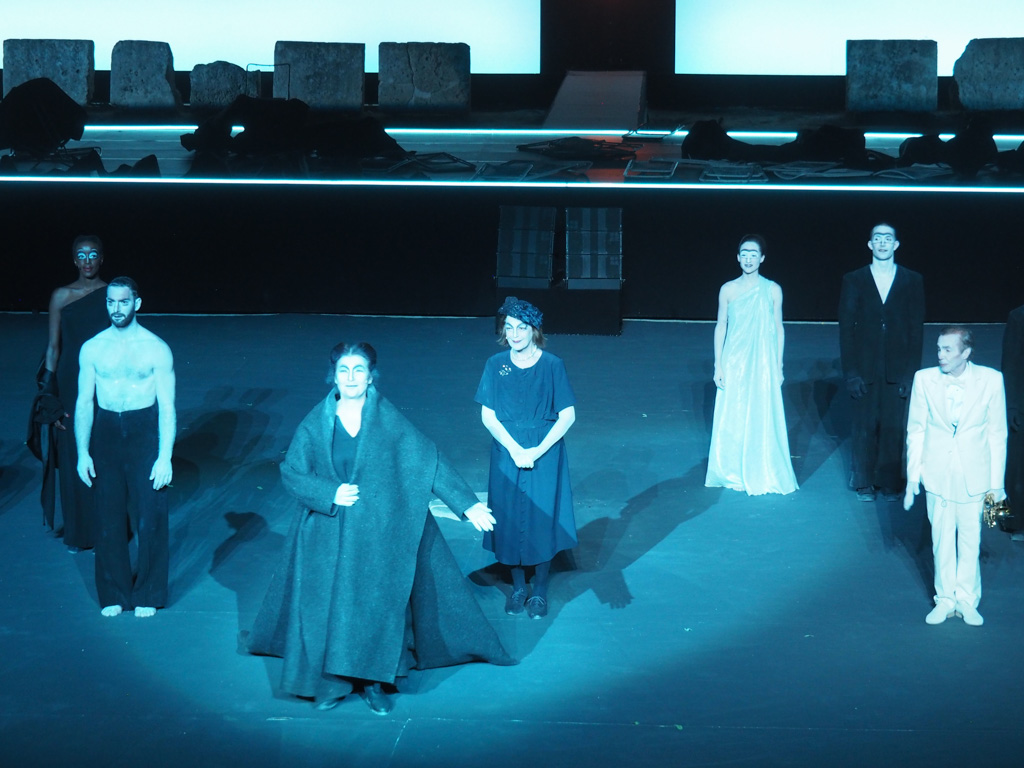 The Greek Tragedy is truly one of the foundations of Western culture, an inspiration for centuries of great dramatic works. Specific famous works address and explore the fundamental questions and struggles of human existence, remaining as such as relevant to the contemporary spirit as they were when first performed.

Here following are some famous dramatists and their works of Greek Tragedy that continue to illuminate the human experience at its most intense.

The Role of Tragedy

Anyone who has been deeply moved at the theater, or the opera, or any artistic event knows that the arts are not merely entertainment. This deep connection to the human soul is what gives works their dramatic power and indeed their virtue. The philosopher Aristotle in his work “Poetics” describes the power of drama to invoke a depth of feeling and induce “catharisis” – a cleansing of the spirit – while also examining ethics through the acts of virtuous characters, often in extremis.

The Great Dramatists of Ancient Greece

Of the playwrights of Ancient Greece, three stand out for their works of lasting significance: Aeschylus, Sophocles, Euripides.

Aeschylus, who lived from ca. 525/524 – 456/455 BC and whose productive years therefore conceded with the earlier years of the “Golden Age of Athens” (480-404 BC), is Greece’s definitive writer of Tragedy. Famous among his works are “Persians”’ and the “Oresteia” (a trilogy). 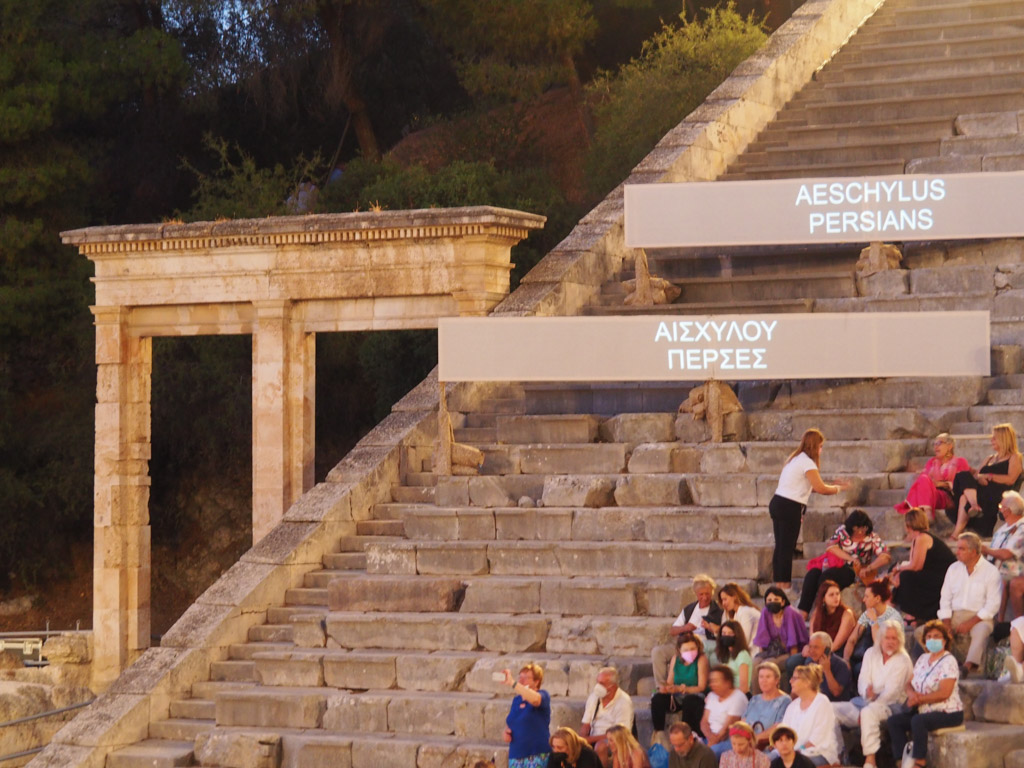 “Persians” represents one of the few works of tragedy that concerns itself with contemporary historic events. These events shaped the world of the playwright as well as that of his contemporary viewers, and therefore were a natural source of inspiration. His Epitaph even commemorates his participation in the Greek victory at Marathon.

“The Oresteia” is thought to have introduced the concept of the trilogy. It captivated audiences at the Dionysian festival where it debuted, and continues to capture the human imagination. The trophy focuses on the fates of the House of Atreus – visitors to Mycenae will recall that this is the family of Agamemnon, king of Mycenae and great hero of the Trojan War. The three plays of the trilogy are Agamemnon, The Libation Bearers, and The Eumenides. 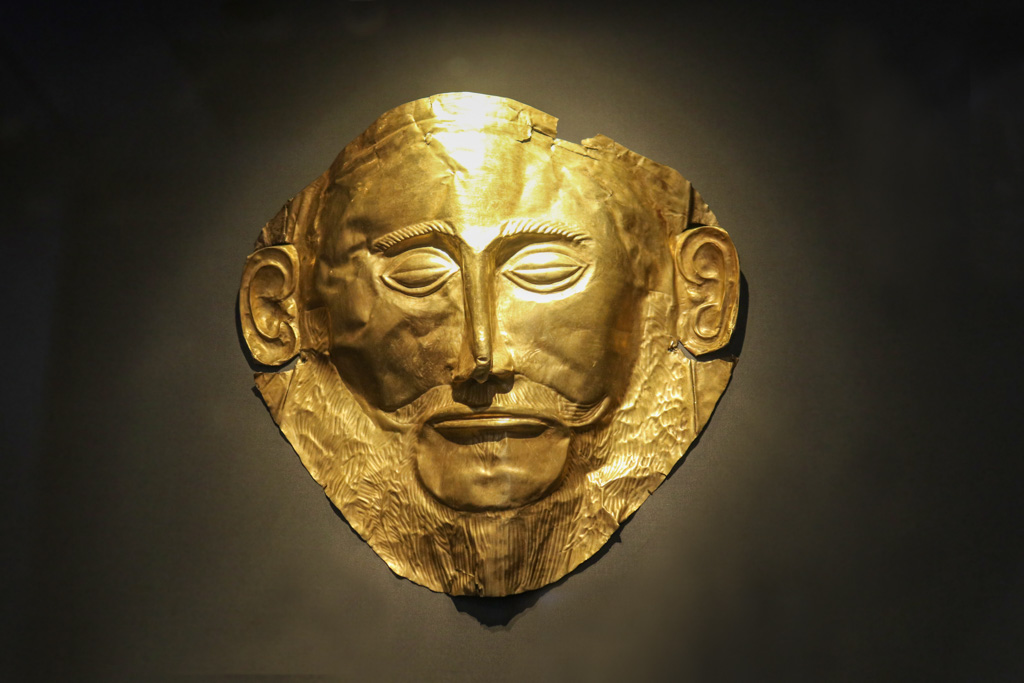 “Agamemnon” covers the hero’s return and subsequent murder at the hands of his wife Clytemnestra, in retribution for the sacrifice of their daughter Iphigenia.

Such a dramatic act will itself call for retribution in turn, and this is the plot of the second part of the trilogy – the Libation Bearers. What libation? The one that Electra, daughter of Agamemnon, has been pouring on his grave. Her brother Orestes – namesake of the Trilogy – returns to avenge his father’s murder, on the orders of Apollo and encouraged further by the Chorus. Brother and sister plot together. He kills Clytemnestra’s lover Aegisthus, and then Clytemnestra (his mother) herself. The furies – deities of vengeance – are in pursuit of Orestes, and he flees.

“The Eumenides” brings the trilogy to a fascinating conclusion, by showing the direct intervention of the gods in the affairs of mortals. At the heart of The Eumenides is a trial – Orestes has evaded the Furies with occasional help, but they catch up to him, Athena, goddess of wisdom, intervenes and calls for a trial – the first court-room trial ever. The jury is divided, and Athena casts the decisive vote, saving Orestes from death. As to the Furies? Athena persuades them to shift their attentions from vengeance to vigilance and the pursuit of justice, giving them a new name – the Eumenides – the gracious ones.

Somewhat younger than the great Aeschylus and writing sometimes as his contemporary, Sophocles (497/6 – 406/5 BC) also wrote enduring works, most famous among them “Antigone” and “Oedupus Rex.”

“Oedipus Rex” is known to all as it is from the protagonist that we have the name for the Oedipal complex. In this exploration of the darkest passions and the role of fate, it’s predicted that the protagonist Oedipus is fated to kill his father – Laius – and marry his mother – Jocasta, which he does, unwittingly. When Jocasta realizes what has happened, she hangs herself. When Oedipus realizes he has committed patricide and incest, he gouges out his eyes. 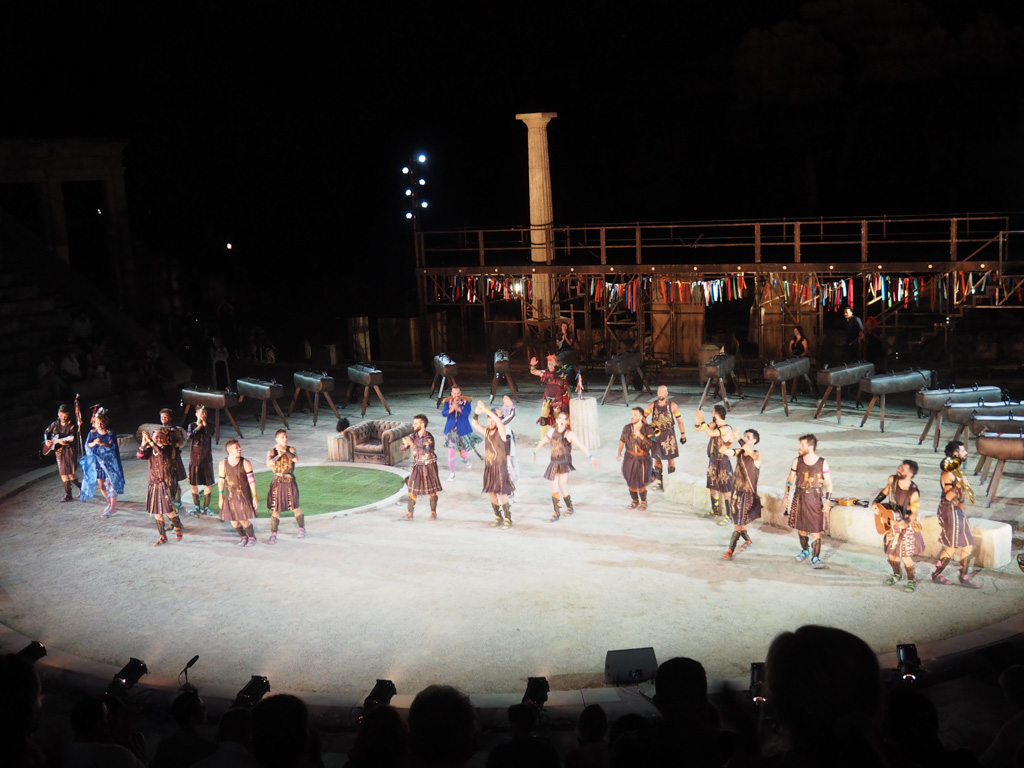 Another of the three ”Theban Plays” of which “Oedipus Rex” is also one is the story of “Antigone.” The brothers  Eteocles and Polynices – sons of Oedipus – are on opposite sides of the civil war, battling for the throne of Thebes. Polynices, the rebel, is dead on the battlefield and his uncle, Cleon, denies him the honor of a burial – he is to be left to scavenging birds, the worst punishment. His sister Antigone cannot bear it, and buries him in secret, performing a burial ritual.

Much sadness ensues, the moral of which is that displacing the gods will get you nowhere, and in this case, cost the vengeful king his wife and children.

The third of the great playwrights of ancient Greece, Euripides’ life – 480 – c. 406 BC – coincides with the Golden Age of Athens. His famous works include “Medea” and “The Trojan Women.”

Medea ranks among the most famous of ancient Greek tragedies and further, is a fascinating work viewed through the contemporary lens of questioning the patriarchy. It has been lauded as a proto-feminist play, as well as decried as mysoginistic. Jason, of the Golden Fleece, leaves his wife Medea for Glaucis (daughter of Creon). Medea kills her rival, but she also kills their two sons. The protagonist, working towards self determination, commits an unforgivable act, sparking interpretations and debate unto our present day.

In “The Trojan Women,” Euripides explores the tragic fates of the women of Troy, centering on the former Queen Hecuba, her daughter Cassandra (who will be taken back to Mycenae by Agamemnon), Polyxeni, her other daughter who is sacrificed on the tomb of Achilles, and Andromache, widow of the hero Hector.

Its modern parallel? The heart-wrenching but deeply thought provoking work of Pat Baker, “The Silence of the Girls” – a telling of the events of the Iliad from the perspective of the women involved.

Did you know that you can see a Greek Tragedy on an ancient stage at the theater of Epidaurus or the restored Herodes Atticus in Athens? It can add a fascinating dimension to your Greek experience.