The Full Moon of August - A Night of Celebration and Culture

The rising of a full moon over the Greek horizon is a sight to behold, whether you are at the sea or in the ancient urban metropolis. The ancient Greeks thought so too, associating the moon with a beloved Goddess – Selene. In fact, even today in Greece the moon is poetically sometimes called Selini, and the Panselinos is the full moon.

Selene was the daughter of the Titans – Hyperion and Theia. Together with her two siblings – Helios (the sun), and Eos (the dawn) – she ruled over the skies. Selene pulled the moon across the heavens each night with a chariot, drawn by two white horses. She is associated with the Lunar Goddesses Hecate and Artemis, only Selene is thought of as the very personification of the moon. In Latin, Selene becomes the more familiar Luna.

As we so associate the moon with romance, so we associate Selene. Her most famous and passionate affair was with the handsome mortal Endymion. She thought he was so beautiful that she begged Zeus to grant him eternal sleep (by some accounts, it was Endymion himself who chose it) so she – “ the immortal stainless Queen of Night” (Quintus of Smyrna, The Fall of Troy) – could visit him.

The Full Moon of August 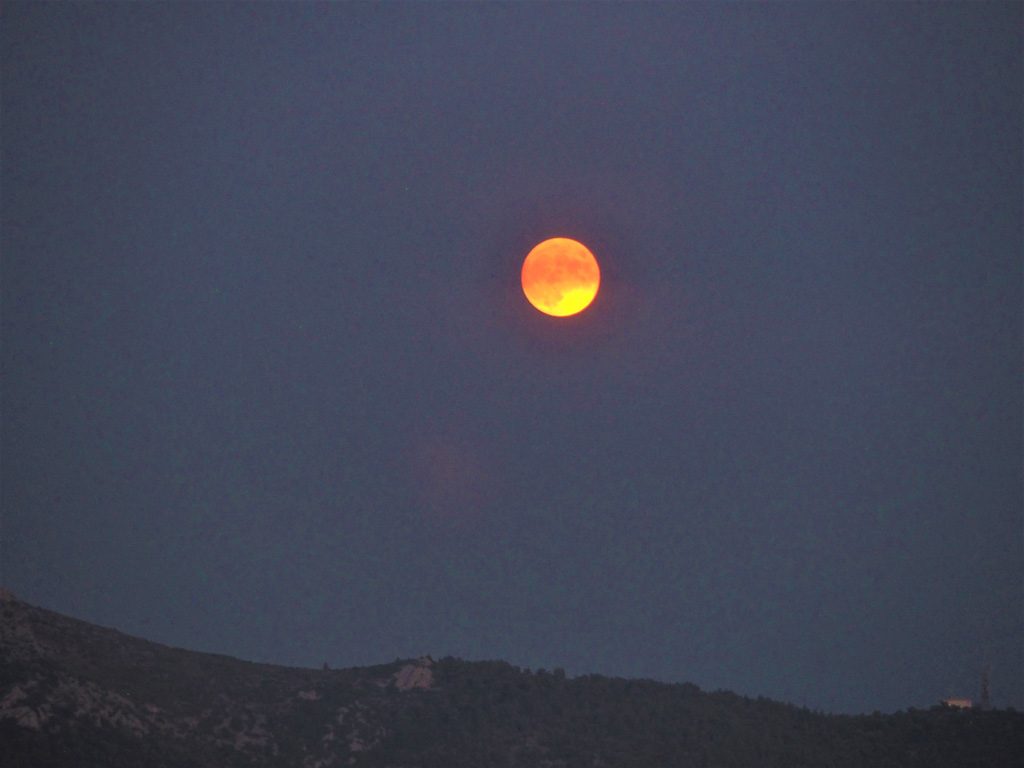 The full moon of August is especially full, and it is welcomed on these hot summer nights with a number of special cultural events. Many archaeological sites and museums are open to the public with free admission. Seeing the ancient sights by the light of Selene herself is a wonderful experience.

Here are some of our favorite places to welcome the August moon and enjoy culture:

Jazz in the Courtyard of the Numismatic Museum in Athens

The Numismatic Museum is first of all one of Athens’ treasures, not necessarily on the short list of most visitors. However, even those not particularly interested in coins will be fascinated with the building and its story – it was built for Heinrich Schliemann by the architect Ernst Ziller. The museum’s interior offers a rare and captivating experience of neoclassicism. The courtyard of the Numismatic museum is one of Athens’ most pleasant secret urban outdoor spaces, and an ideal setting for an evening of Jazz under the full moon.

The Historic Hills of Athens 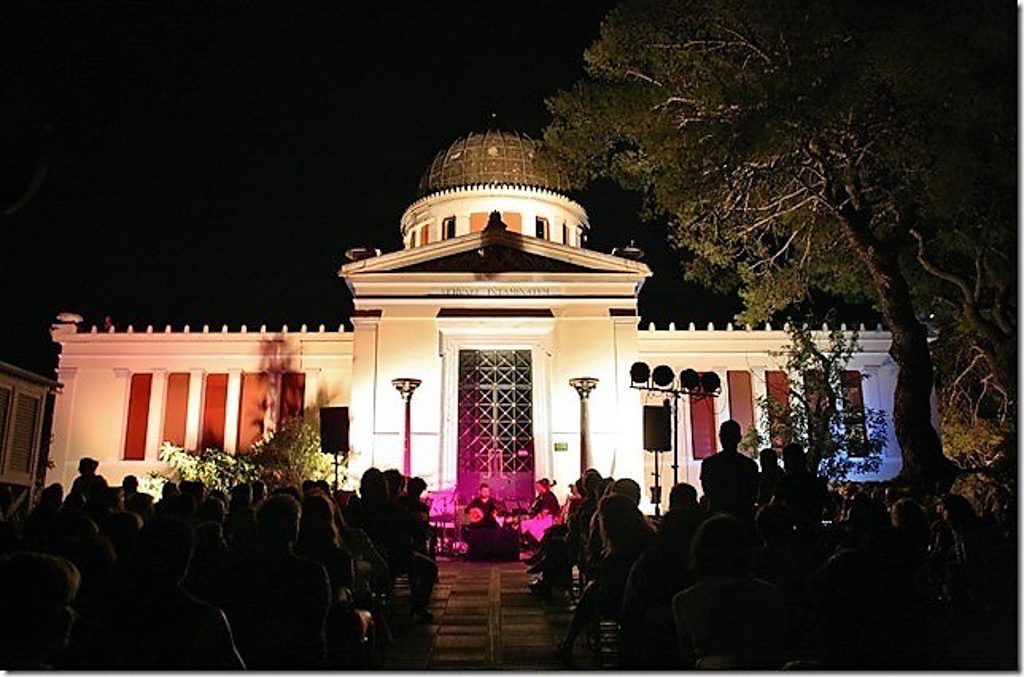 The Hill of the Nymphs, along with the Pnyx and Philoppapou, is one of the historic hills of Athens. The hills are wonderful to explore in the moonlight, as you gaze at the Parthenon across the way. The Hill of the Nymphs also has another important claim on the full moon though – this is the location of the National Observatory of Athens. It’s a perfect place to become better acquainted with the mysteries of the night sky. Special star-gazing events combined with a night tour of the hills are a wonderful way to welcome the full moon of August.

The Temple of Poseidon at Cape Sounio 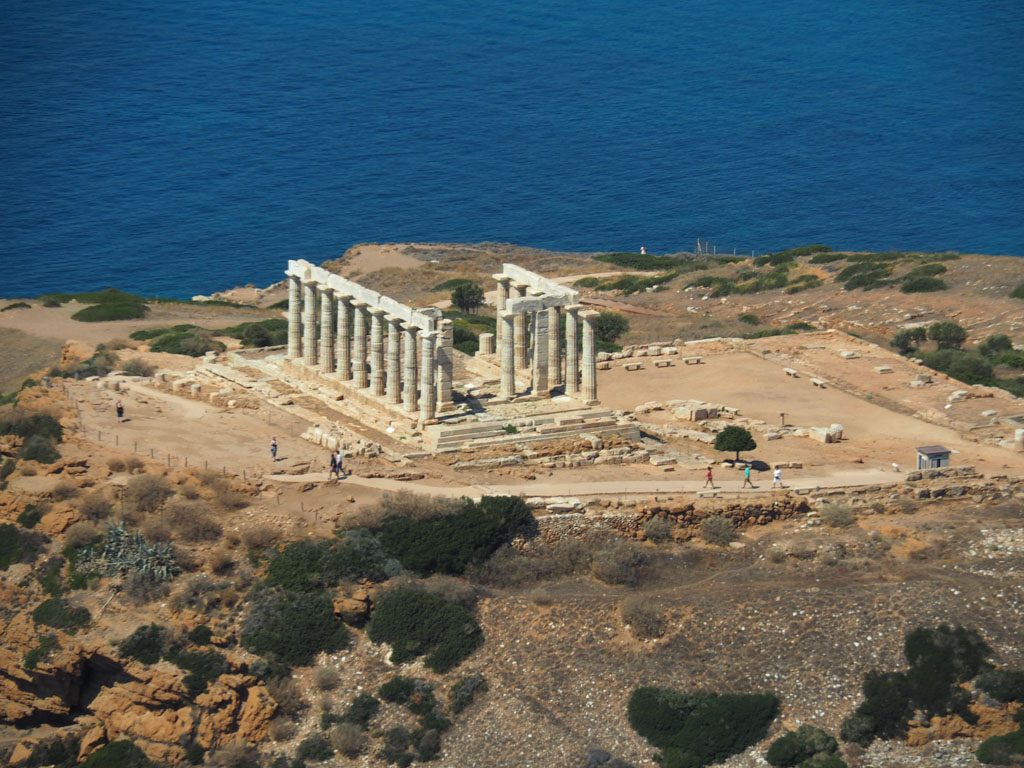 One of the must-visit ancient sights, the Temple of Poseidon at Cape Sounio is one of the most famous structures of the Golden Age of Athens. It was here that the Aegean got its name: when King Aegeus saw black sails on the boat bringing back his son Thisseus, he thought the boy had lost his life to the Minotaur, and he leapt into the sea in grief.

This magnificent temple is famous for being one of the best places in the world to see the sunset. Truly, it’s so beautiful that people even break out into spontaneous applause. The Temple itself has long drawn travelers of a romantic disposition, including Lord Byron (his name is actually etched into one of the columns).

But as magnificent as it is at sunset, seeing the full moon rise here is truly extraordinary. The site, like many, remains open until midnight, giving you time to truly take in the spectacle. 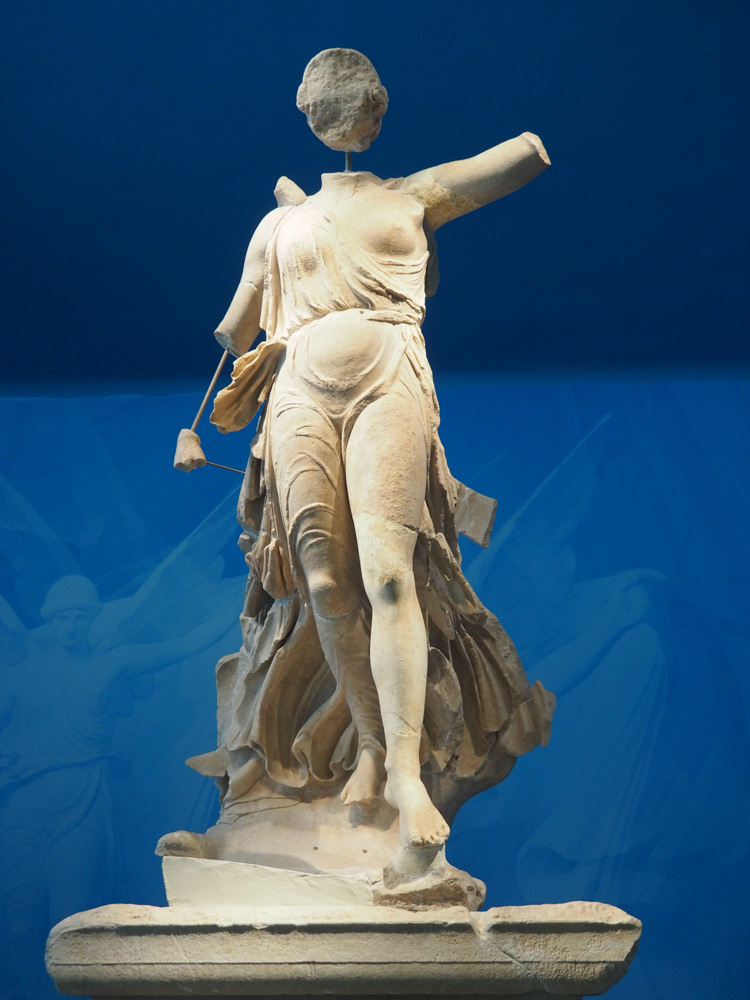 But why every four years? Some scholars look to the moon for answers, specifically to the Goddess Selene. From her trysts with the beautiful Endymion, as referred to here above, she bore 50 daughters. These daughters are thought to represent the 50 months of the Olympiad.

This is perhaps the most fascinating place to see the full moon of August. In addition to the magic and mystery of the sight, it is also a way of experiencing a direct connection with one of the sacred events of Ancient Greece.

The Ancient Theater of Dodoni 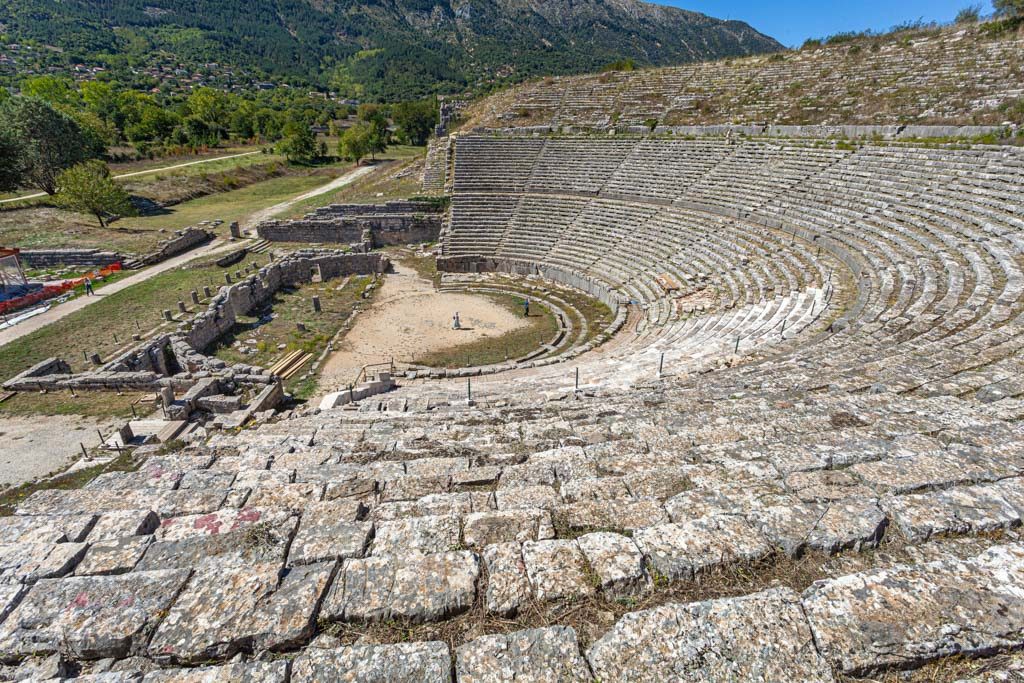 This magnificent ancient theater in the lush region of Epirus, near the city of Ioannina, is one of the best preserved in Greece. It also has a great capacity, holding some 18.000 visitors. The theater was built in conjunction with the holy sanctuary of Dodoni, where one can also see the Bouleuterion, the Temple of Zeus, and the Prytaneum. A moonlight performance of contemporary Greek performers in this ancient theater is a wonderful way to celebrate the August full moon.

The Saronic Island of Aegina is just a short ride from Athens. Here, you’ll find the magnificent temple of Aphaia, a Doric masterpiece dedicated to the Goddess Aphaia – a local deity associated with fertility and the harvest. This is a magical setting for a dance theater event by moonlight. 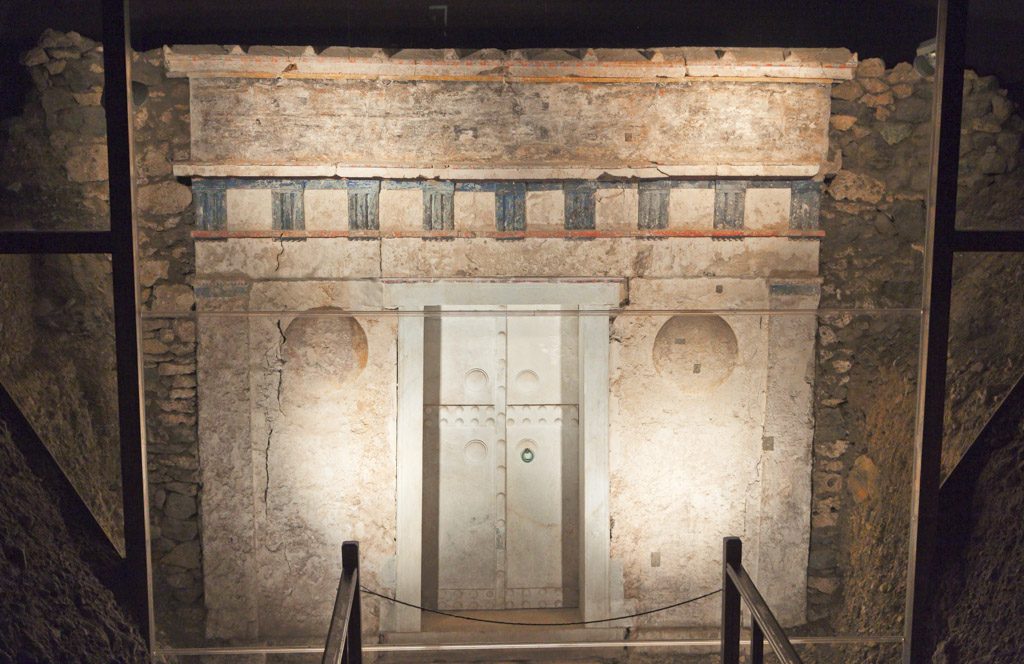 The tomb of Phillip of Macedon, father of Alexander the Great, is one of the most moving archaeological sites in Greece – it is in situ, a marvelous museum built around it, where you contemplate the beautiful findings in mysterious semi-darkness. The very ground here swells with history and emotion. Welcoming the full moon of August with ancient Greek music is a fascinating experience.

Have you ever experienced the full moon of August in Greece?