Inspiring images that will make you want to discover Greece

For so many of us, when we dream of travel it is so much more than mere beauty that we are seeking. A silky white beach and turquoise waters of course have their strong appeal, and natural beauty certainly has its role. But the best travel is actually transformative – a holistic experience that unites the aesthetic with the intellectual, even the spiritual, for a trip that becomes much more than a memory. This kind of meaningful travel can be truly life-changing.

Although famously blessed with rare beauty, Greece is also rich in other strengths. For many visitors, it is the distinct sense of place that makes Greece unique. There is a union of character and culture – cuisine, music, dance, architecture – that expresses an ideal. When you’re in Greece, you know it. It’s like no other place on earth.

The variety of experience to be had in Greece is truly extraordinary.

Ancient Greece’s philosophy, mythology, and drama of Greece have made a profound impact on western culture. Because of this, coming to Greece is in many senses a spiritual homecoming. Embracing this powerful legacy in its birthplace is a wonderful way to experience Greece. The Athens and Epidaurus Festival offers the ideal opportunity to engage with contemporary culture and ancient drama, all in historic venues. It is a wonder to see Puccini at the Herodion on a moonlit night, with the temple of Athena Nike on the Acropolis aglow just above. To see a Greek drama performed at the beautifully preserved ancient theater of Epidaurus is nearly indescribable – breathtaking. Many performances have subtitles, but you may not even need them: ancient Greek drama – and indeed comedy – speaks directly to the soul. A full program of theater, music, opera, and dance fills the cultural calendar of summer.

For something much more contemplative, think of Meteora – an unique combination of spirituality and natural wonder. A series of monasteries centuries old, filled with sacred treasures, makes this a place of spiritual pilgrimage and high artistic value. And yet, it is also so absolutely thrilling – these UNESCO world heritage monuments are built on dramatic stone pillars, dizzyingly high in the sky, a geological wonder that would in itself be a worthy destination. To add to the novel experience of nature, there is also the gastronomic – this area is a paradise for mycologists (there is even a mushroom museum) – and in addition to mushrooms, one can even go truffle hunting.

Meteora is just one example of Greece’s extraordinary geology. We so often think of beaches when we think of the islands – Crete included. And truly, some of the beaches – the palm forest of Vai (the largest palm forest of Europe), the pink sands of Elafonissi, the tiny and unspoiled Chrissi island with its rare Lebanese Cypress trees – are magical destinations. But Crete is also a paradise of gorges, for an active holiday of hiking and utter tranquility in nature. All throughout the island are splendid gorges – the Samaria gorge, an epic and unforgettable hike bringing you to the shoes of the Libyan Sea, the most famous. In the gorges of the Geopark of Lasithi, on the less explored eastern end of Crete, the hiking companions are the rare wildflowers and protected species of the region.

The call of the sea is sometimes too strong to resist though. And why should we? But perhaps, rather than join the many in the glorious Aegean, we could opt for the serenity of the Ionian, with its famously lush green islands. Yachting in the Ionian sea can offer a wonderful mix of the sophisticated and cultured pleasures of Corfu with secrets like the white cliffs of Paxi with its blue caves (and tiny Antipaxi – with its unique wine).

Island hopping is truly one of the pleasures of Greece. Each of the over 200 inhabited islands (that is out of 6,000 – the many uninhabited islands are one of the rewards of a yacht trip) has its own distinctive personality – its architecture, its sound, not least a culinary treasure or two that differentiate it from its neighbors. This is even so if they are next to one another. To truly appreciate each island’s unique quality, it’s nice to visit them in twos (at least). After the glamorous, high-style pleasures of Mykonos, the austerity and reserve of pristine Tinos – also a place of religious pilgrimage – can be a powerful contrast.

And these are not the only surprises of the Cyclades. Santorini in all its stunning drama is like no other place on earth. Seeing the sun set over the caldera from the cliffs of Thera ranks as one of the essential experiences of Greece – right up there with the sunset at the Temple of Poseidon at Sounion. Santorini is full of diversions – the wineries, the excavations, the beaches of every description. Folegandros, unlike Santorini, is something of a secret – a destination that Greek people return to year after year, its combination of unspoiled natural beauty, spectacular beaches, and charming villages claiming their loyalty.

For the traveler who seeks the Cycladic experience – the purity of the traditional whitewashed architecture, that timeless palette of blue and white, the dramatic rocky landscapes – but without the Cycladic hype (and crowds), the islands of Sifnos and Serifos also offer a serene alternative. These are both quieter islands, each with their special charm. Epicures will love experiencing the gastronomic heritage of Sifnos – the seminal Greek chef Tselementes hailed from here, and the island’s specialties live up to this pedigree. The Serifos experience includes hiking and trekking – the island is known for its paths – over 80 km of paths cover the island. Each has its own character. Each of these islands of course has splendid beaches. 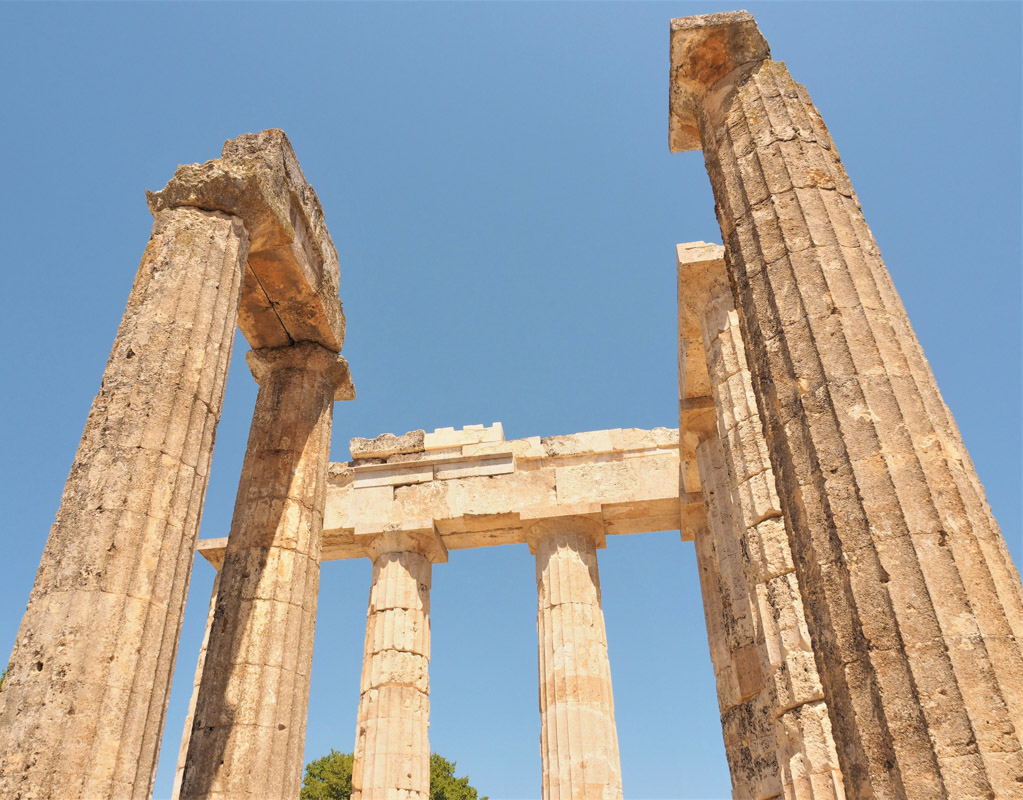 Since the most ancient times, wine has also been an integral part of Greek culture. It is not just the terroir, but the historic and cultural context that makes Greece such a compelling destination for oenophiles. Exploring the wine routes of Northern Greece is a wonderful way to see this beautiful part of the country. There are many independent boutique wineries throughout the region to visit for tastings as you drink in the landscape of Phillip II and the apostle Paul. And speaking of famous inhabitants, a gorgeous green archaeological site perched above the sea at the edge of Halkidiki is ancient Stagira – the home of Aristotle. Wine and philosophy are natural partners in Greece.

Tags: bespoke travel, fly me to the moon travel, luxury travel experts, travel designer
Previous Article
Next Article
This website uses cookies to improve your experience. We'll assume you're ok with this, but you can opt-out if you wish. Accept Read More
Privacy & Cookies Policy