Greece and Fashion - an Eternal Inspiration

Is it possible to imagine drape and flow without thinking of the elegance of the Chiton – the ancient Greek garment immortalized by sculptors gracing the curves of subjects, rendered in marble? The eternal beauty of Greece has been an endless source of inspiration for fashion designers – and indeed for fashion – throughout the centuries. It’s not only the fashions of Ancient Greece themselves, but all of the laws of aesthetics that give such fundamental guidance – proportion, harmony, balance.

And it’s not only in the age of Ancient Greece where designers of haute couture and fine jewelry find inspiration. Every age of Greece provides inspiration – from the Minoan era through modern history. Let’s have a look at some of the highlights and the timeless gifts of beauty and style that come from Greece throughout the eras.

Those tiny wasp-waists emphasizing a full bust above and wide, flowing skirts below – the exaggerated hourglass silhouette that we think of when we think of the Victorians, and even earlier to the courts of the Renaissance, have a much earlier predecessor. Minoan figurines and wall paintings show that these Bronze Age women were very much the forerunners of this fashion. Some fashion historians even suppose there to have been a construction – hoops, perhaps – supporting their bell-like skirts. As to the bust, breasts were on complete display although some historians think that this was only the case during religious rituals. 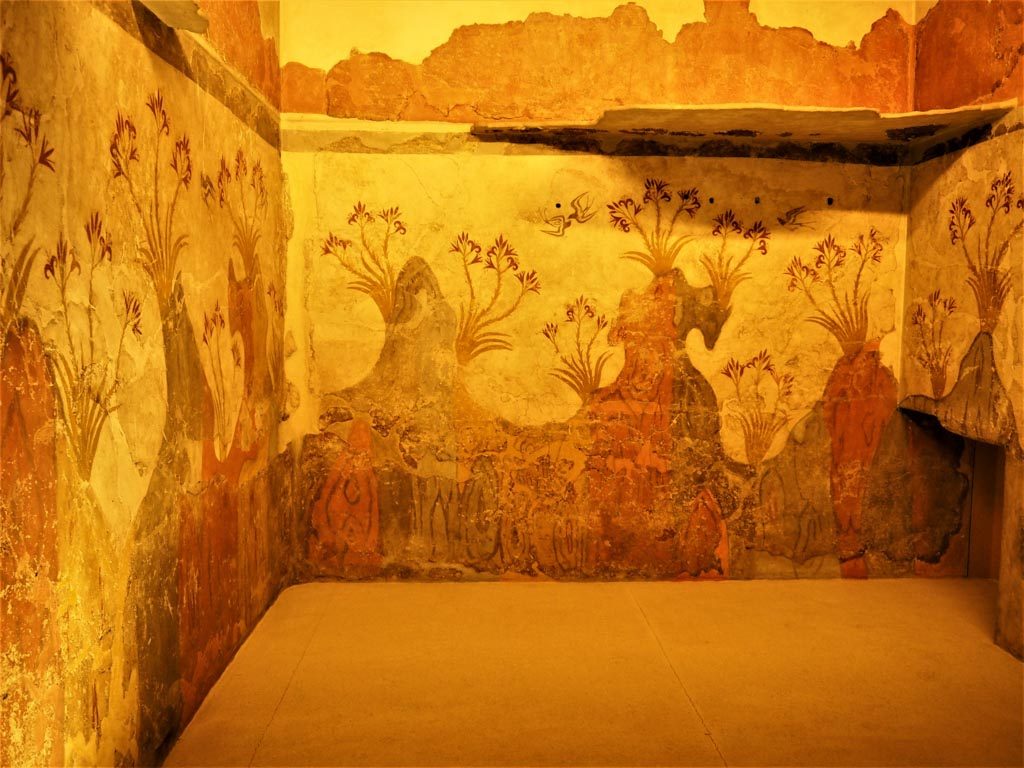 The Minoan notion of female elegance is still entirely relevant – and recognizable – in our era. A figure on the famous “Camp Stool Fresco” is often called “La Parisienne” – perhaps as much for her make-up as for her silhouette. Women depicted on frescoes from Akrotiri (Santorini) of a similar era show likewise an elegance of appearance down to the last detail. And the men of Minoan Crete? There, too, little was left to the imagination – they were often dressed simply in loincloths, although very well crafted ones. 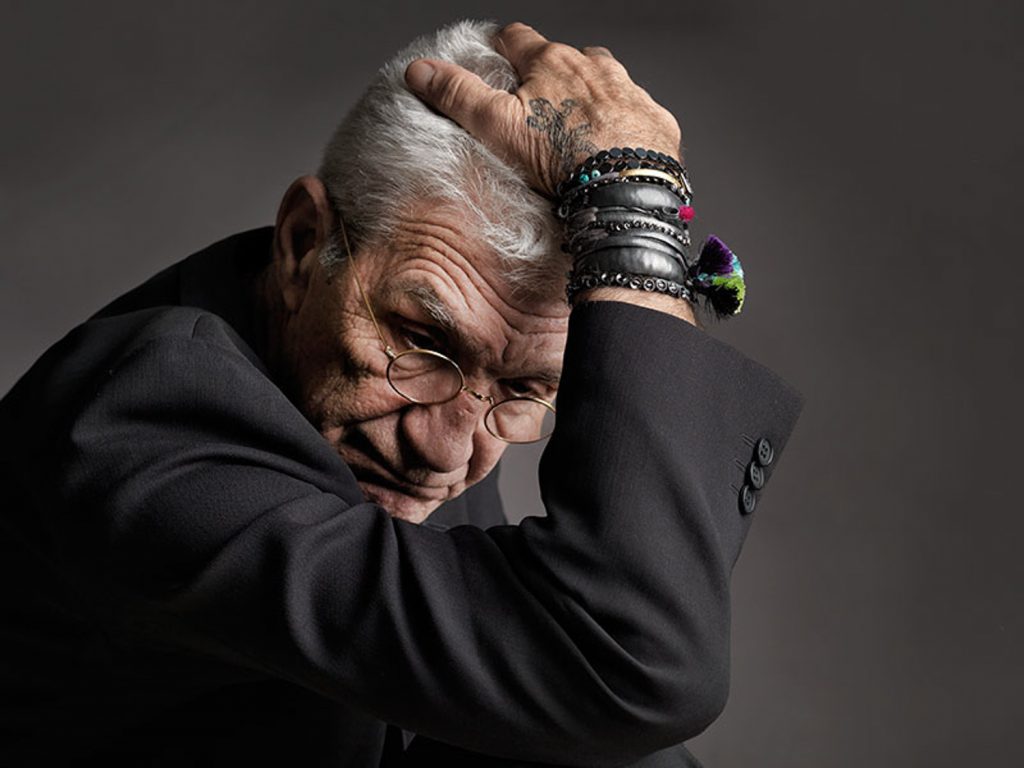 Beautiful gold jewelry takes themes from nature – such as wasps, as well as geometric designs. Today, some of Greece’s most innovative Jewelry designers – such as Katerina Ioannidis – continue to take inspiration from the whimsical forms in nature.

At once austere and opulent, pottery from the Geometric Period embraces pattern and motif, endless sources of inspiration in both the decorative arts and in fashion for all of the centuries to come, and indeed in our present day. The concentric circles and parallel bands of varying widths and the use of blank space in the protogeometric period seem fresh today. The later part of the era saw the use of repeated motifs – zig-zags, triangles, and meanders, for instance – often in use in contemporary style.

The eras we most associate with classical Greek fashion influence and inspire us still. The earliest manifestation of the Chiton was the Peplos – a simple garment of a heavy woollen material. Simple indeed, but not without style – the Peplos were often brightly colored, and jewelry was integral to the look – they were fastened at the shoulders by decorative brooches. The Chiton was similar in shape, but lighter in fabric – silk, linen – enabling an elegant drape. The Himantion served as an elegant cloak or cape, worn with the Peplos or Chiton.

But the clean line of the garments of ancient Greece was but one influence for designers. The grace of ancient sculptures, such as the Nike of Samothrace, the Peplos Kore, and the Aphroditi (Venus) of Milos, is also a great source of inspiration. Above all, it is the way that the clothing related to the body – the Greek ideal of beauty – a harmony of proportion – is at the heart of all good fashion.

As to jewelry and fine goldsmithing and motifs from nature – the crowns of delicate leaves – thinner than paper- and acorns seen in Ancient Macedonia – at Pella and at Vergina – are a high point of craftsmanship.

Hair, too, is not to be overlooked – imagine how the elaborate styles of the Caryatids influenced the full hairstyles of European women centuries later.

The middle ages and Byzantine years saw more excellence in fashions. The morals of the era called for dress to be more modest. A tunic called the Dalmatica was the choice for men, and the Stola – with a high neckline, long sleeves, and hemline at the ankle – was the choice for women. But stylish they were – the expanse of cloth was an opportunity to display wealth and sophistication. Through trade with the orient, fine fabrics and rich colors became available, embroidery -often gold – offered further rich embellishment.

Elegant silks, it can be remembered, were also a local product, and in fact a brisk silk industry flourished in Greece, well into the Ottoman era. It’s a tradition that is happily being revived, especially in the town of Soufli, on the old silk road. 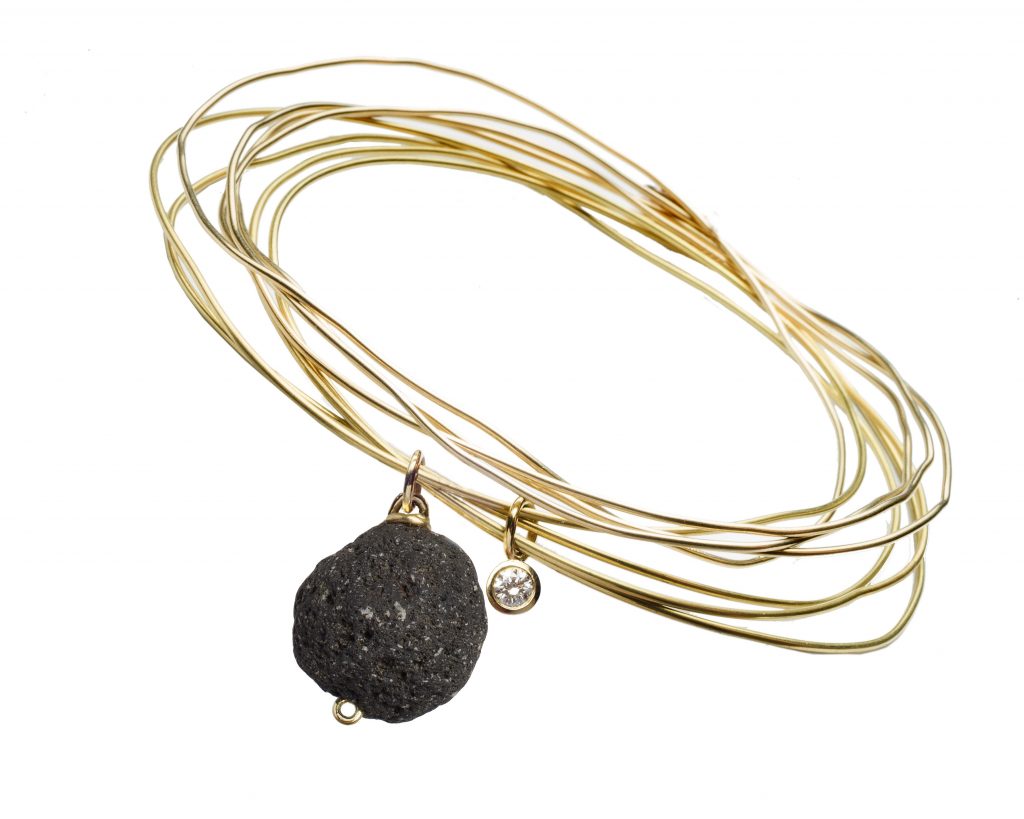 Intricate jewelry – also often of gold – and precious and semi-precious stones were also integral to the looks of the day. The creations of Dolly Boucoyiannis can be seen as modern heirs to this opulent tradition, while Michael Pelamidis too takes inspiration from using nature’s fine materials, connecting him to both the traditions of ancient Greece and Byzantine Greece.

This rich aesthetic legacy can be seen in the opulent vestments and religious articles of the Orthodox church today.

What are some iconic looks associated with Greece today? A favorite sight of travelers and a source of pride for Greeks are the Evzones – the Evzonoi. Once the elite troops and mountain units fighting for independence. Today the ceremonial Presidential Guard are the Evzoni, proudly dressed in the Fustanella – the “kilt” of Greece. Nails on the bottom of the Tsarouchia – the ceremonial clogs – cause them to ring proudly, invoking the sound of the battle. 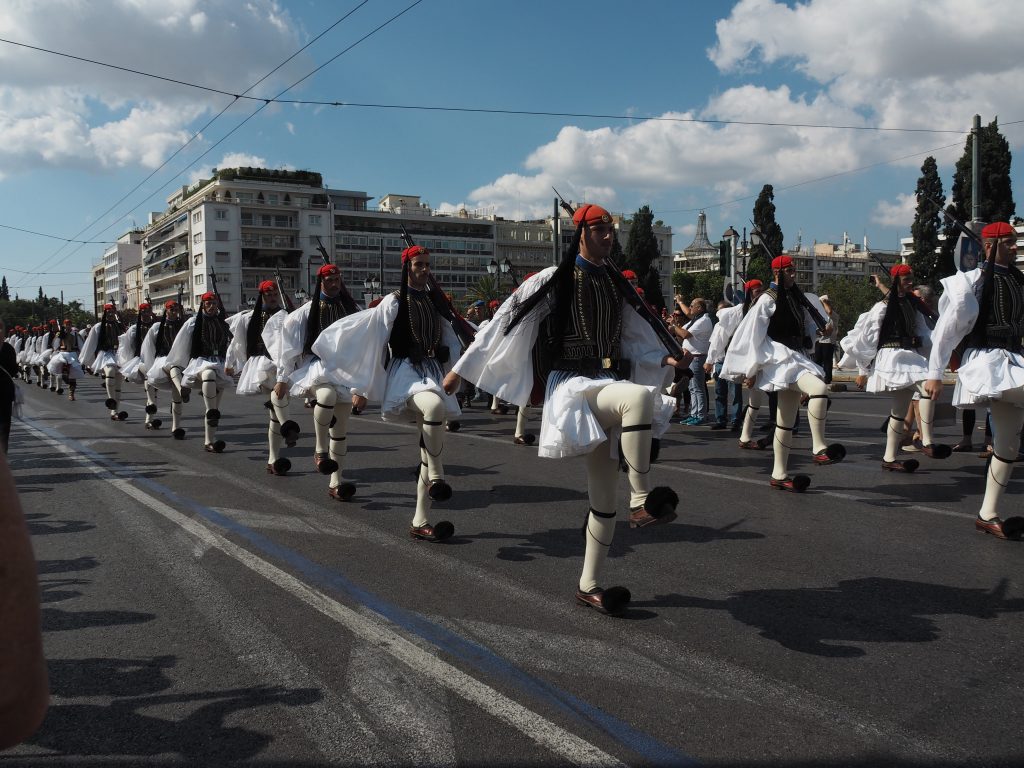 In Greece, every region has its distinctive traditional dress, and not just in theory – communities celebrate their heritage through costume, music, and dance. These are living Greek fashions.

And the architecture – particularly the vernacular architecture of Greece – such as the purity and clean lines of Cycladic architecture, is a powerful influence on artists, architects and designers today. It takes a refreshing expression in some of the works of Ioanna Topouzoglou. 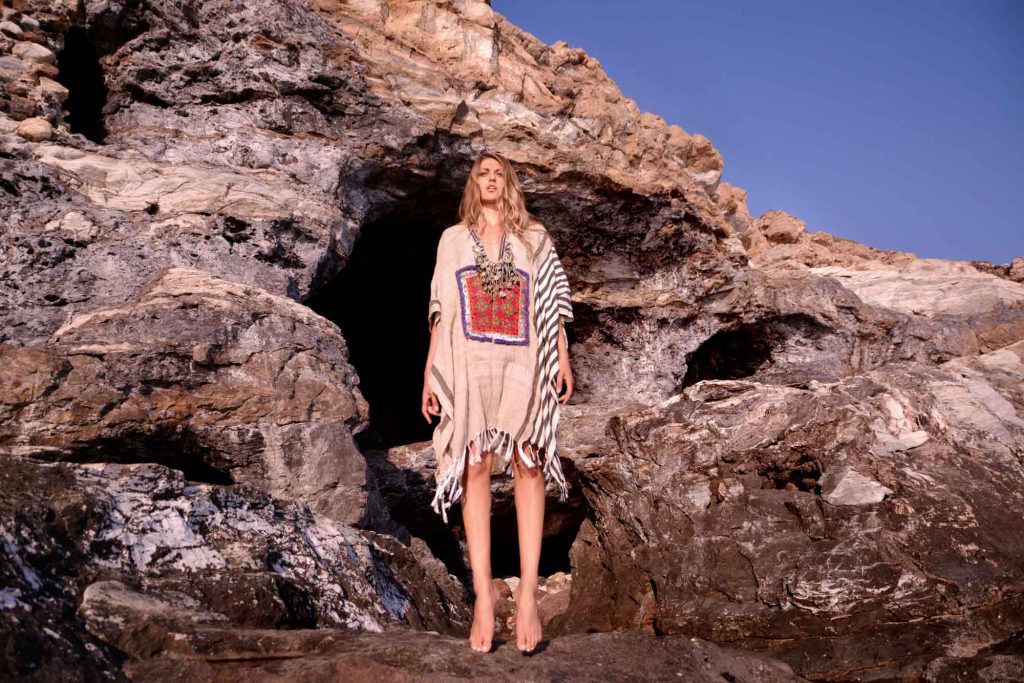 All of this of course means that contemporary Greek designers have an unusually rich heritage from which to draw – both consciously and subconsciously. Motifs and looks from history find their way into contemporary garments with a rich cultural context, as in some of the works of Dimitris Dassios.

Greece on the International Stage

Dior held an innovative and groundbreaking show in the Panathinaikos Stadium in Athens – the “Kallimarmaro”, showcasing their Cruise 2022 collection. This magical event shows the continued relevance of Greece as a source of inspiration. The historic setting and the looks themselves merged into a single message – the eternal elegance of Greece.

Have you ever worn any fashions or jewelry inspired by Greece?